A Busy Day for the Messengers 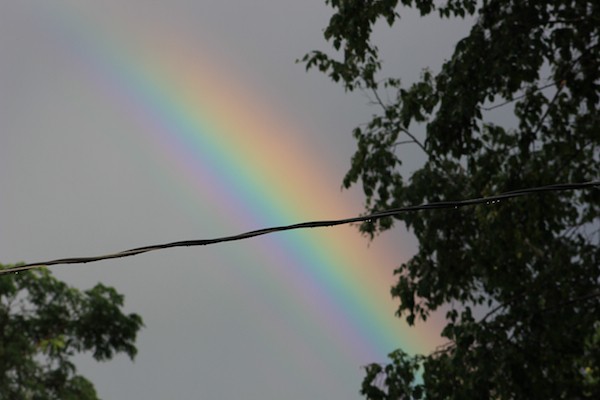 Today is a big, busy day astrologically. Much of what is happening with the planets signals just the beginning of processes that will develop over weeks, months and years. What’s great about this is that you have time to get the hang of things; to investigate and experiment; to listen carefully and apply what you learn.

Eric Francis has covered the major aspects of this unusual day in his Planet Waves FM broadcast for this week—well worth a listen. I’m not going to try and explain in-depth all of the aspects (listen to Eric’s podcast for that), but I am going to give some highlights before I get down to what really caught my attention in today’s chart.

The central event is that Saturn leaves the sex, death and money issues of Scorpio today, and brings its emphasis on authority, responsibility, foundations and boundaries to Sagittarius. Broadly speaking, over the next two years, you can expect to encounter questions about your philosophical, spiritual and religious beliefs—getting down to the ‘bones’ of what really matters to you.

Also today, Jupiter in Virgo opposes Neptune in Pisces. If recent events have not already given you this clue, make sure you’re taking a fine-toothed comb to any important documents or negotiations. Conversely, if you deal in the creative or ‘spiritual’ realms, those could be a rewarding focus for your energies—as long as you’re not getting ‘creative’ about who someone truly is.

If someone is willfully trying to deceive you, there’s only so much you can do—though due diligence in checking their facts and trusting your intuition can get you further than you might think. It’s worth the effort, especially if the stakes are high. But how often have you met someone who indicates their true nature to you, yet you ignore the message in favor of idealizing them to fit your fantasies? Or maybe someone has done this to you?

Which brings me to the third major event today: Mercury stations retrograde in Libra at 2:09 pm EDT. This is likely the most tangible part of the astrology, and you’ve probably already noticed certain challenges in communication, or technology glitches, or unexpected delays.

Mercury in Libra relates to the quality of your communication (and thinking) in your relationships—how balanced it is, how fair, how articulate. Over the next three weeks, you’ll be reviewing this facet of your life. If communication with a partner gets screwy, it will be worth it to take a step back and ask yourself why; especially if you focus on your part in the tangle, since that’s the only part you can actually control or influence to any real degree.

Yet here’s what’s really interesting about this Mercury station: it does so while conjunct the hypothetical point Zeus and the asteroid Iris. Zeus was the king of the gods; in astrology, this point represents controlled, directed energy (in many forms).

Iris was the messenger between the gods and humanity (whereas Mercury was messenger mainly between the gods); she’s the personification of the rainbow. Iris also had the power to put to sleep those who perjure themselves.

We have a picture of not one but TWO messenger deities flanking the The Big Guy, the one who gets his point across with a strategically aimed, controlled lightning bolt. The gods are trying to talk to you. According to Eric, their message is, “What are you not saying to your partner?”

Perhaps more importantly, why are you afraid to say whatever it is you’re holding back? You might speak very gently in your relationships; you might be a fantastic, empathetic listener. But if there’s something you’re not articulating, you are essentially choosing Iris’ ‘sleep’ over the unpredictability of a partner’s response if you release Zeus’ focused energy in your relationships.

That sleep, that kind of withholding, is standard in our culture; it might not actually serve our highest good, however. Listen carefully this afternoon.