A Beef and Beer-Fueled Bash: The Culinary Institute of America’s 7th Annual Beefsteak

by Chronogram Partner Content Team and Culinary Institute of America

In the world of fine dining, austerity has become a trend of late. Overflowing portions are out, precious amounts of highly curated food are in—as if a grown human only has appetite enough to split a whipped ricotta toast with three friends. Thankfully, we still have the annual Beefsteak at The Culinary Institute of America (CIA), which is returning to Hyde Park on February 1 to rejoice in heaping portions of red meat (at least for one night, anyway).

A vestige of New York City’s gritty Tammany Hall era, beefsteaks were men-only gatherings where the beer flowed freely, your hands were your only utensils, and hunks of tender beef were devoured with wanton abandon. The events eventually cleaned up their act a bit by including women (who unsurprisingly brought utensils), and by the early 1900s, they had become a dependable fundraiser for unions, political parties, and the church. With the rise of the steakhouse as the primary public setting for enjoying a good cut of steak, however, the beefsteak mostly faded into memory. 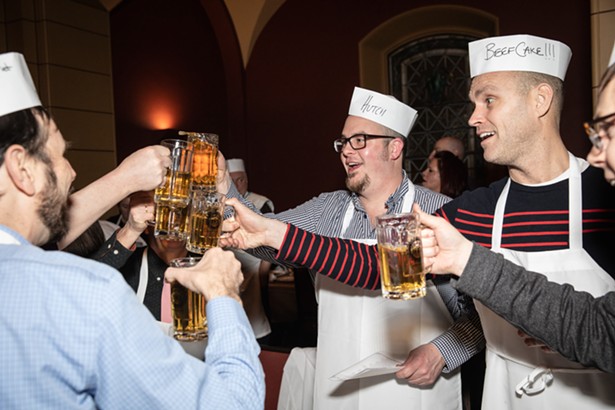 That is until Chef Waldy Malouf read an article Ruth Reichl wrote in the New York Times that mentioned beefsteaks, spurring Malouf to relaunch the tradition at his Manhattan restaurant, Beacon, in 2000. When Malouf joined The Culinary Institute of America, he brought the beefsteak with him. For the last six years, the school has annually thrown a rousing beef, beer, and bourbon party for 300 people. The family-style event is held in the majestic Farquharson Hall, a soaring chapel dating back to the campus’s first incarnation as a seminary. Upon arrival, attendees are presented with an apron, paper hat, and commemorative beer stein, which is promptly filled by students in flapper costumes bearing pitchers of Beefsteak Blonde Ale from The Brewery at the CIA, the on-site classroom brewery named New York State Brewery of the Year at the 2019 New York State Craft Beer Competition. 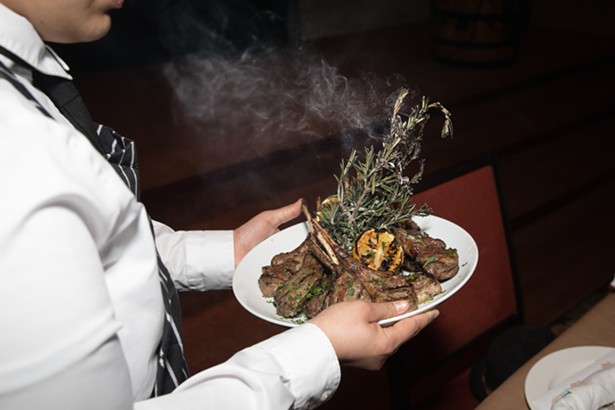 Eating with your hands is highly encouraged (though utensils are permitted) and joining Chef Malouf in booming song to the accompanying brass band is a must. “It’s a one-of-a-kind experience,” he says. “You’ll meet new people and make new friends. There’s a lot of great camaraderie, and you’ll leave full and happy.”


Tickets for Beefsteak are $150 all-inclusive. To make a reservation or for more info, visit americanbountyrestaurant.com/event/beefsteak or call (845) 451-1014.