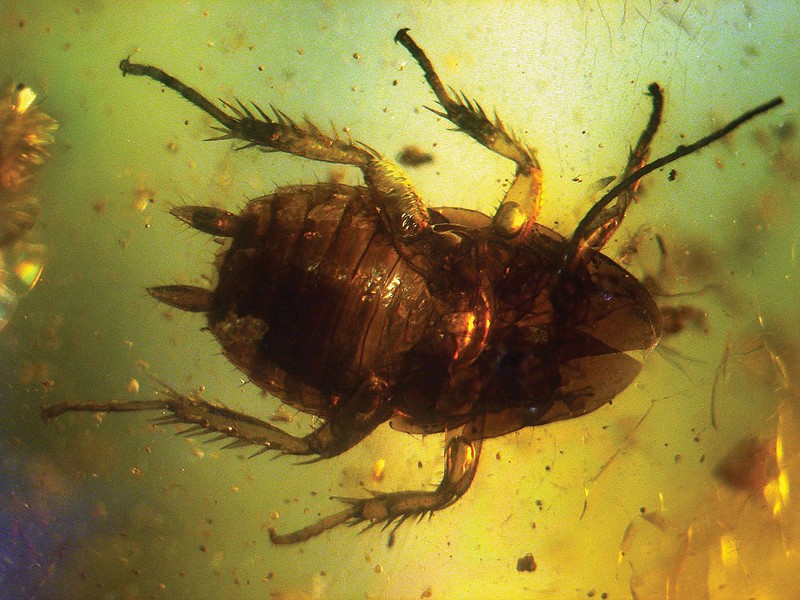 We've rounded up some of the most surprising and juicy news headlines from April 2018—from cockroaches to retail clothing, here's what you might have missed.

Scientists are attempting to unlock, and possibly harness, the genome of the cockroach for the benefit of mankind. Their effort to sequence the genetic coding of the American cockroach is aimed at discovering the secret to its remarkable capability for environmental adaptation. American cockroaches can commonly be found in almost any environment—human or natural—making it one of the most durable lifeforms ever discovered. In addition to isolating weaknesses that will allow for greater pest control development, scientists are also looking into the insect's incredible ability to regenerate lost limbs.

Citing his belief that the network has "degenerated [into] a mere propaganda machine for a destructive and ethically ruinous administration," retired Lt. Col Ralph Peters publicly blasted Fox News in late March for its political bias and deleterious effect on American Democracy after choosing not to renew his contract as a strategic analyst for the conservative-leaning cable news channel. Peters went on to assert that Fox "is now wittingly harming our system of government for profit" in its attacks on Robert Mueller, the Special Counsel investigating Russian interference, and its unwavering defense of President Trump and Vladimir Putin.

The capital of a country with some of the longest work hours in the world is taking steps to moderate the stressful working environment that plagues their nation. The municipal government of Seoul, South Korea, has put forth a new initiative that will force local government employees to shut down their computers at 8pm on Fridays. Government employees work, on average, 1,000 hours a year more than workers in other developed countries. This follows other initiatives such as the National Assembly cutting down maximum weekly hours from 68 to 52. Support for the new policy among employees isn't uniform, with 67 percent of them asking to be exempt from the rule.

A Politico report has found that the Trump administration invested significantly more attention and resources in Texas's recovery following Hurricane Harvey than it did in Puerto Rico's recovery in the aftermath of Hurricane Maria. In measures such as rescue choppers sent, food, water and other aid supplies delivered, federal employees on the ground, and individual assistance funding, Puerto Rico consistently received just a fraction of what Texas did in a longer period of time. Politico found that this paltry federal government response matched up with the President's own attention toward the two recovery efforts; Trump tweeted 24 times about Harvey and just eight times about Maria and Puerto Rico, with some of those tweets focused on Puerto Rico's debt and infrastructure rather than its plight.

A spill of approximately 23,100 gallons of crude oil in Colombia in early March has left havoc and devastation in its wake. It's been reported that 2400 animals including cattle, birds, fish, and reptiles have been killed by the oil. Additionally, the spills have contaminated nearby rivers and streams, harming local families by eliminating a source of clean drinking water and forcing the relocation of around 70 people.

In its latest quarterly report, clothing retailer H&M outlined its buildup of $4.3 billion worth of unsold clothes. This is, by all measures, a bad sign for the already-struggling fast-fashion giant. While the CEO argued that H&M opening 220 new stores and expanding internet sales required the company to stock up on inventory, others are blaming poor management and a lack of competitiveness, which has allowed Amazon to gradually edge them out of the retail game. There is a silver lining, however: H&M's hometown of Vasteras, Sweden often derives energy from burning defective products, so, thanks to this overstock, they'll have plenty of fuel in coming years.

Despite constituting 47 percent of the national workforce, women comprise just 33 percent of Donald Trump's appointments. That's according to an analysis by The Atlantic which showed that the Trump administration, with a cabinet of 19 men and just five women, is the most predominantly male administration since the Reagan administration. They also found that this skew was heaviest in the departments of Agriculture, Commerce, Defense, Labor, Treasury, and Veterans Affairs, where male appointees by Trump outnumbered women by as much as four to one. Meanwhile, Trump has appointed only a few women to top positions, such as UN Ambassador Nikki Haley and Education Secretary Betsy DeVos, with the head of conservative women's group Maggie's List stating, "We are seeing more women in prominent positions that we never thought we'd see before and that's thanks to President Trump." That assertion, however, is simply not true.

Questions are emerging about Tesla Motor's viability going forward. The tech company—which manufactures sleek, advanced electric and driverless cars and is owned by unconventional billionaire Elon Musk—is seeing its once bright future outlook questioned after a series of bungles. While investors were initially enamored with the innovative company, whose market cap rapidly shot past GM and Ford, the combination of a bad driverless car rollout and a credit downgrade sent its stock barreling down in April. While the stock has rebounded some, there are many questions still swirling about whether or not Tesla is moving forward too hastily in its endeavor for greatness.

After the mass shooting that killed 17 people at Marjory Stoneman Douglas High School in February, President Trump vowed to train and arm teachers to secure schools and stop future massacres. At the time, chemistry teacher Sean Simpson was interviewed on MSNBC about his thoughts on arming teachers. "There are some of us that are willing to take the training if it was offered and probably be another line of defense," said Simpson, adding, "I'm not sure if it's the answer." In early April, Simpson was arrested after he left his Glock in a beach restroom. By the time Mr. Simpson realized it was missing and returned to the restroom, a homeless man who was drunk had picked it up and fired a bullet into a wall.

The original print version of this article was titled:
"While You Were Sleeping"