9 Events To Check Out This March

by Abby Foster and Tiana Headley 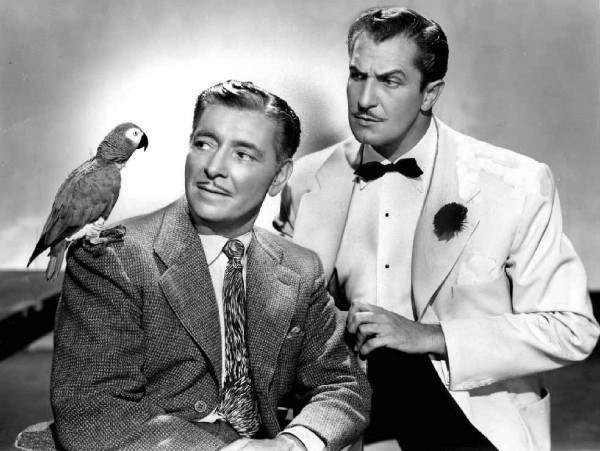 Walk into most art auctions and find that not only are there few works by women, but they're also priced lower. Only two artworks by women have broken into the top 100 auction sales for paintings. Despite all they contribute to the art world, their work is still undervalued. Filmmaker Stephen Blauweiss is celebrating Hudson Valley female artists with short film screenings at Upstate Films in Rhinebeck and Woodstock. From fine art photographer Carolyn Marks Blackwood to painter Barbara Masterson, Blauweiss's short films showcase the women's styles, disciplines, and mediums, including glasswork, metalsmithing, installations, book illustration, and silkscreening. Each film is prefaced with an artist introduction and followed by a Q&A. Screenings start at 1pm at both locations.


"Welcome to Night Vale" at Colony in Woodstock | March 14

A sentient glowing cloud who hypnotizes townspeople and eventually becomes school board president. An invasion of outsiders led by a demonic beagle puppy accidentally summoned from hell. This is only some of what happens in Night Vale, a fictional town in the Southwest where conspiracy theories are an everyday reality. It's the center of the wildly popular surreal comedy podcast "Welcome to Night Vale." Presented as a radio show, its host, main character, and narrator—Cecil Gershwin Palmer—has been reporting on the town's strange goings-on since 2012. Whether you're a longtime listener or "Night Vale" novice, get ready to sit back, watch, and listen as Cecil, the cast, and indie singer and show opener Eliza Rickman ease you into this eerie experience. 8pm show sold out; $35 tickets still available for 10:30pm show.

One of Ireland's most successful all-female groups is coming to the Ulster Performing Arts Center for the week of Saint Patrick's Day. Celtic Woman is commemorating its 15th year of celebrating Irish music and culture by touring across North America. Chloë Agnew, who started at age 15 as an original member of the group, will be joining Celtic Woman as a guest performer. The group will be performing crowd favorites such as the siren call of "Orinoco Flow," the somber and moving ballad "Danny Boy," and a bagpipe version of "Amazing Grace." Tickets start at $48 and members get a $5 discount.

Ellenville's cultural hub launches a classic film series this month, inviting cinephiles to get off the couch and watch four vintage feature films as well as an assortment of short subjects in the communal setting of the theater. The series kicks off on March 6 at 7pm with Champagne for Caesar (1950), starring Ronald Colman, Celeste Holm, and Vincent Price. Colman plays Beauregard Bottomley, a genius who is turned down for a job by a manufacturer played by Vincent Price and seeks revenge through trying to bankrupt Price on a quiz show backed by his company. RKO public service short You Can Survive the A-Bomb! and a Disney cartoon will precede the feature. Other features in the series include The Thief of Baghdad (March 13), The Man of a Thousand Faces (March 20), and Life with Father (March 27).


Known for their ensemble musicals and plays, Philipstown Depot Theater breaks out a new series, FlipSide 2020. In March, the performing arts center showcases works across the artistic spectrum. February kicked off with a sold-out workshop and performance by Brooklyn-based choreographer Jamel Gaines. The coming weeks bring the one-woman original play "My Story, My Voice" by former English Shakespeare Company member Ivy Omere, who plays a young British girl of Nigerian descent cast out by her family in 1970s England; and a night of storytelling by Moth StorySlam veteran Adam Wade and guests. The series closes out with a photography exhibit featuring the surreal and evocative portraiture of visually impaired and blind photographers. Check website for dates and times.


Valley Table magazine is again hosting its virtual dining event, featuring over 200 restaurants from the region. Local favorites, like Terrapin Restaurant in Rhinebeck and Canterbury Brook Inn in Cornwall, are offering deals on limited-time dishes, available to customers for two weeks in March. From American to Tex-Mex cuisine, this growing community of local culinary leaders is offering a wide variety of options that appeal to a myriad of palates. Participating restaurants are encouraged to craft special menus inspired by ingredients that are locally sourced in the Hudson Valley. Participating restaurants are offering a three-course, prix fixe dinner menu for $32.95, a three-course lunch menu for $22.95, or both. Regular menus will also be available.

The Woodstock Bookfest returns for its 11th year. Authors from a variety of literary disciplines are hosting panels on drug addiction, spirituality, and finding an authentic writing voice, as well as a story slam with the prompt, "I shouldn't have, but I..." There will also be writing workshops led by bestselling author of The Queen of the Night, Alexander Chee; two-time Grammy nominee and author of New York Times bestseller The Road to Woodstock, Holly George-Warren; and Mitchell S. Jackson, whose book Survival Math was named best book of the year by NPR. Two New Yorker veterans, cartoonist Roz Chast and author Adam Gopnik, are hosting a panel that explores their work and the processes behind it. You can purchase individual event tickets ($15 to $250), or a full festival pass for $250. The Whole Shebang pass is $450, and includes full access to the festival and one intensive of your choosing.

On March 28, Stanley Kubrick's genre-defining sci-fi masterpiece 2001: A Space Odyssey screens at the Rosendale Theater. The theater is one of 36 recipients of the nationwide Science on Screen Grant Program funded by the Coolidge Corner Theatre Foundation and the Alfred P. Sloan Foundation. After the 12:30pm matinee, Daniel Freedman, dean of the SUNY New Paltz School of Science and Engineering, will lead a panel discussion with astronomer Bob Berman and Amy Bartholomew, director of the Smolen Observatory at SUNY New Paltz.

Hobbyists and veteran gardeners alike are invited to take part in a day jam-packed with horticulture classes at SUNY Ulster. The event offers 16 classes on a range of topics like garden design, how to attract pollinators, berries from around the world, integrated pest management, and how to create a natural meadow. Dr. Margaret Ronsheim, professor of Biology at Vassar College, is giving a keynote address on the history and evolution of the gardens at Vassar College, which were planted in 1919. Advanced registration is $50 and same day registration is $55 at the door. Pre-registration is recommended.