From Hilary Mantel to Michael Crichton, Some Fresh Ideas for Your Reading List 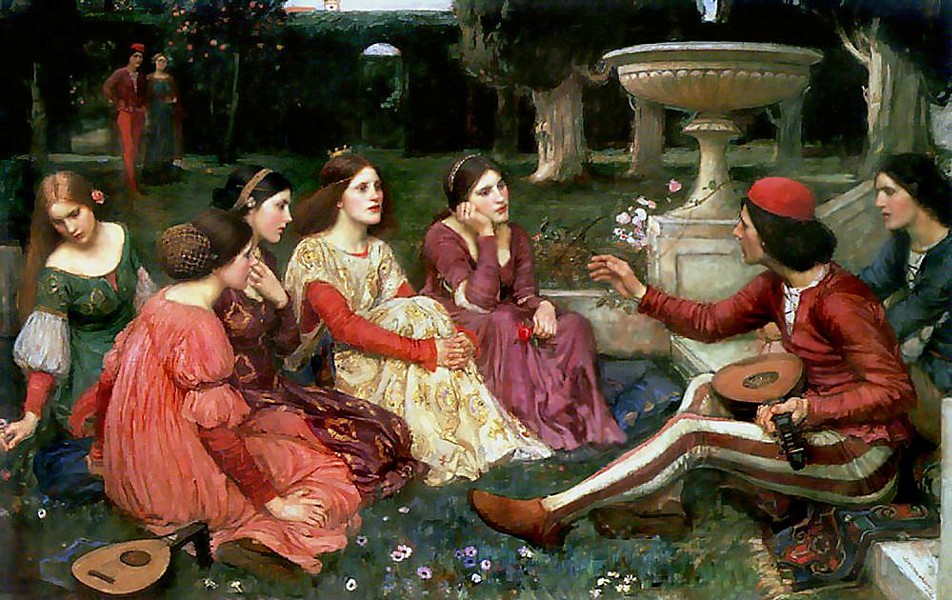 Sure being told by the government to stay at home doesn’t have quite the same yummy indulgent feel as a lazy Saturday on your own terms, but setting aside that rebellious streak of yours for a moment, this period of social distancing is a great time to get some reading done.


Looking for book recommendations? Here’s what our staff members at Chronogram are reading. And if you can, order your books online or for curbside pickup from a Hudson Valley bookstore, and help support local business.

Upstate House editor Susan Piperato is currently working her way through: Giovanni Boccaccio’s The Decameron, a 14th-century collection of novellas, which she describes as “the comforting and amusing story of a group of young people who escape Florence during the Black Plague and wait it out in a mountain villa, telling stories.” Hmmm, that seems timely. She adds that it is “surprisingly modern,” with “a lot of humor and sex.”

Sales Manager Lisa Montanaro is keeping her head in the game and focusing on self-improvement with High Performance Habits by Brendan Burchard, which she calls a “very inspiring read." She says, “The book teaches you how to not burn out and be super productive at the same time. The number one thing I took from it thus far is being grateful. Even in moments of deep stress showing gratitude gets me through the day.” 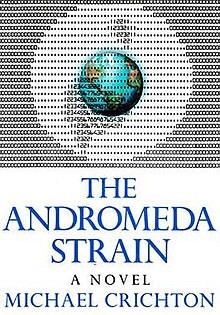 Editorial Director Brian Mahoney is diving into Michael Crichton's 1969 novel The Andromeda Strain, a sci-fi pandemic mash-up about a team of government scientists racing against time to stop an extraterrestrial contagion from spreading across the US.” Another timely pick. Crichton, better known for writing Jurassic Park (and "Westworld"!), was an MD who abandoned medicine to become a full-time writer just out of med school. This is how the book opens: "A man with binoculars. That is how it began: with a man by the side of the road, on a crest overlooking a small Arizona town, on a winter night." Brian comments, “Crichton is not a great prose stylist but like the best genre writers (Stephen King, Raymond Chandler, Philip K. Dick) he is economical in his phrasing and keenly focused on moving the plot along. It's also the book my father (a sci-fi fan and career public health official) was reading in the waiting room the day I was born in 1970.” Aww.

Eichmann in My Hands

Editorial intern Abby Foster just finished Eichmann In My Hands. The 1990 book by Peter Z. Malkin is a first-person account by the Israeli secret agent who tracked down one of the most powerful Nazis and finally captured him where he was hiding in Argentina. This compelling true story was also the basis of the plot for the 2018 movie Operation Finale. 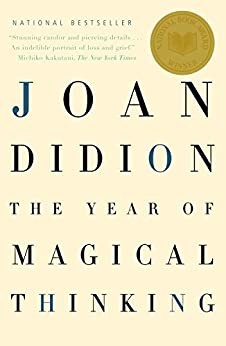 The Year of Magical Thinking

Office Manager Molly Sterrs is re-reading Joan Didion’s iconic memoir on mourning and moving on, The Year of Magical Thinking, which she wrote about the year following the death of her husband, John Gregory Dunne. “It sounds trite,” Molly says, “But it helps to put your own feelings of suffering, discomfort, and inconvenience into perspective when you read her beautiful words in the context of very real loss.” If you need more accolades than Didion’s own name, 2005 memoir won the National Book Award for Nonfiction.

Janis: Her Life and Music

Marketing assistant Victoria Levy is gearing up to read the 2019 release Janis: Her Life and Music, by Ulster County resident and acclaimed music writer Holly George-Warren. George-Warren is the first biographer to have gained access to reams of Joplin's correspondence. The letters reveal an artist tortured by lifelong insecurities fed by substance addictions and an inability to commit to the kind of intimate relationship for which she seemed so desperate. Read more in our book review.


Our bookkeeper Nicole Clanahan is reading Crossing Into America: New Literature on Immigration, an anthology of modern writings by celebrated authors such as Sandra Cisneros, Jamaica Kincaid, Julia Alvarez, and Frank McCourt, edited by Louis Mendoza and S. Shankar. The book brings together short pieces of fiction, memoir, poetry, and personal essays to paint a modern picture of the immigrant experience. Though originally published in 2005, this is exactly the book we need right now in this time of state-sanctioned xenophobia and border crackdowns.

The Mirror and the Light

Staff writer and River editor Phillip Pantuso is reading The Mirror and the Light, the last installment in British writer Hilary Mantel's trilogy chronicling the self-made career of Thomas Cromwell, who from his humble origins as a blacksmith's son, rose to become the chief minister to King Henry VIII and one of the most powerful men in 16th-century England. Start at the beginning for the full experience. "I wanted to read the third one because the first two are among my favorite novels ever, and I don’t generally even like historical fiction," Phillip says. "But Mantel's world-building is so vivid and textured, her prose is exceptional, and the close third-person perspective coupled with her historical research allows you to just about get into the head of one of history’s most cunning operators."


Other suggestions: Nixonland by Rick Perlstein; Hunger by Knut Hamsun; Razor Girl by Carl Hiaasen; and Before the Fall by Noah Hawley.