8 Cool Hudson Valley Events to Check Out this July

The Hudson Valley is never in want of cool activities, gigs, galleries, and events that are sure to have your friends talking. And all that hype is kicked into overdrive come summer.

Here's our round-up of can't-miss events for July.

Elvis Costello & The Imposters and Blondie's joint tour is making its way to the hallowed grounds of Bethel Woods this July, as part of a high-profile, summerlong line-up. This will be the first of the 13-stop tour the Rock 'n' Roll Hall of Famers will share across the country, with Costello touring on the 2018 album Look Now, and Blondie singing songs from her 2017 release, Pollinator. The legendary double bill will dish out classics like "Alison," "Red Shoes," "Heart of Glass," and "Sunday Girl," on July 20 at 7pm.

The Centenary Stage Company will resurrect the 1970s Broadway smash hit "Jesus Christ Superstar" at Opus 40, Harvey Fite's beautiful earth sculpture park in Saugerties. This theatrical heavyweight won numerous Tony and Drama Awards for its light-hearted, lively rendering of Christ's final days. The rock opera, with music from Andrew Lloyd Webber and lyrics by Tim Rice, will be staged on July 27 at 2pm by a cast of local actors. The woodland park, the onsite museum of tools, gift shop, and art gallery will also be open to guests for browsing before and after the performance.

As part of Summerscape programming, the Fisher Center for the Performing Arts will bring back to life the revered 1940s B-list horror movie star Acquanetta, (born Mildred Davenport and nicknamed the "Venezuelan Volcano") with a performance of a new biographical work directed by Tony nominee Daniel Fish. Acquanetta was most famous for her roles in campy cult classics like "Jungle Woman," "Tarzan," and "Leopard Woman." Fish's piece will blend theater, opera, and film in homage to the exotic actress and her checkered past. Performances will be staged at Bard from July 11 to 21.

Modern dance troupe Pilobolus's acclaimed festival returns this summer, promising a diverse array of music acts, interactive art, dance, technology, and local food for all ages. Hosted near the company's Washington Depot, Connecticut, headquarters, the multidisciplinary event will be held over three weekends (July 21, July 26-28, and August 2-4). Festivities will offer attendees a rare chance sample world-class art and engage with the performers, speakers, writers, musicians, foodies, and scientists behind the offerings. Check the web for the full schedule.

On a mysterious island floating in the Hudson, amidst the ramparts of a decaying early-19th-century castle, the most infamous tale of betrayal will be brought to life for live audiences. Bannerman Castle will host the Hudson Valley Shakespeare Festival on July 13 and 14 with an outdoor rendition of "Julius Caesar," lending the famous play a heightened sense of drama. Meet at the Beacon Institute Floating Dock where two ferries at 4pm and 5pm will charter guests over to this gem of the Hudson Highlands. Enjoy the tragic rise and fall of the charismatic Roman king as the sun sets behind the castle ruins. 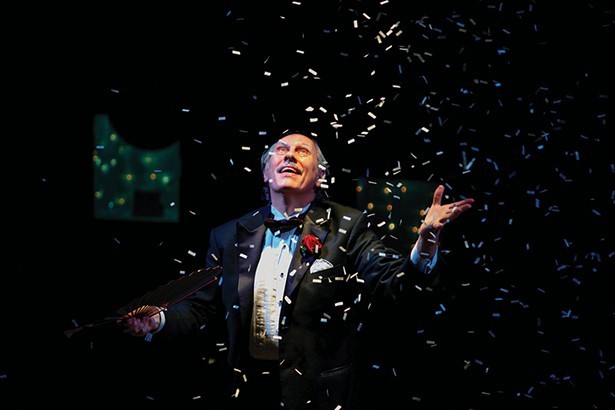 The inaugural Phoenicia Magic Festival will include four nights of performances catered to different age groups. Headlining illusionist Peter Samelson, co-producer of Monday Night Magic, New York City's longest running off-Broadway magic show, hand-selected the performers. Each night will feature a new talent including comedic magician Harrison Greenbaum and the Mistress of Magic, Lucy Darling. On July 26 and 27, the performances will take place at 8pm for adults and teens 14 and up. For more family-oriented fun, stop by on July 27 and 28 at 1pm for a show everyone will enjoy. Many of these performers are nationally acclaimed, bringing their own distinct flavor of wonderment to the Phoenicia Playhouse.

Set in the verdant hills of Greene County, the 42nd Catskill Irish Art Week is the closest you will get to the Emerald Isle in upstate New York this summer. Irish immigrants claimed this corner of the Catskills during the mid-1900s and have maintained its Celtic influence ever since. The area continues to serve as a safe haven from the heat and hassle of New York City for Irish Americans. From July 14 to 20, festival-goers will celebrate Irish culture, music, food, and dance at East Durham's MJQ Irish Cultural and Sports Centre. During the day, attendees can also register for music workshops by American and Irish mentors, giving lessons in traditional instruments like the fiddle, button accordion, and mandolin. Then, after a day of learning, sit back and enjoy performances by some of the best Irish music groups in the area.

The Stormville Airport Antique and Flea Market: an ocean of tag sales spread over the tarmac, as far as the eye can see. This family-friendly event attracts droves of bargain hunters and collectors each year. The market offers acres of antiques and hidden treasures from over 600 vendors. When you tire of thrifting, check out the festival eateries, with all-American food such as Philly cheesesteaks and burgers, and kids' amenities like bouncy-houses and carnival games. This year's flea market will take place on July 6-7 and August 31, from 8am to 4pm, with free admission and parking for everyone.