8 Strange News Headlines from May 2018 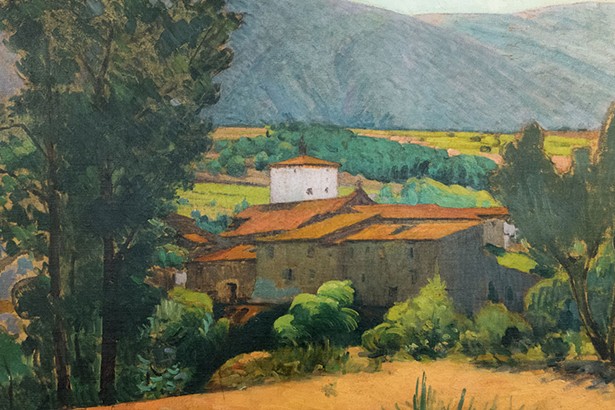 We learned a lot in May—from new scientific discoveries to artistic mishaps. Here's our monthly roundup of strange news stories you may have missed.


A museum in France discovered in April that more than half its collection of artwork is fake. When an art historian paid a visit to the Musée Terrus in Elne, France, he discovered that 82 of their pieces—previously believed to have been painted by the museum's namesake, Étienne Terrus—to be forgeries. The historian and some investigators discovered that some of these paintings, which cost the museum about $190,000 altogether, contained buildings constructed after Terrus' death in 1922. It is unknown where these fraudulent works may have originated.

A study by the Health Effects Institute, a Boston nonprofit that studies air quality and pollution, found that a staggering 95 percent of the global population breathes in "dangerous" air. In urban areas, this is largely due to a combination of outdoor air pollution caused by things like traffic, agriculture, and industrial activities. In many rural households, indoor air pollution is caused largely by the burning of solid fuels. The impacts of this pollution include contributing to 6 million deaths worldwide in 2017 by increasing the risk of stroke, heart attack, lung cancer, and chronic lung disease. While massively populated and heavy polluting countries like China and India are taking steps to address the issue of indoor air pollution, things like traffic and agriculture continue to have an immense impact on global air quality.

Normally, the Secretary of Housing and Urban Development (HUD) doesn't frequently make national news. However, current HUD Secretary Ben Carson, a former pediatric neurosurgeon and 2016 Republican Presidential hopeful, has made a habit of it, landing in headlines once again in May for a proposal to raise the rent on low-income families. Secretary Carson's housing plan would triple the costs for the poorest households and would encourage those receiving housing subsidies from the federal government to seek employment. This is likely a reflection of Carson's beliefs about the nature poverty; in May of last year he stated in an interview that poverty is a "state of mind."

Despite having played a relatively minor role in our dire climate situation, more impoverished pockets of the globe will be feeling the brunt of climate change. That's according to new research which shows that the greatest temperature fluctuations will occur in the areas with the least economic development such as the Amazon rainforest, parts of India, and southern Africa. These fluctuations are likely to cause, among other things, crippling droughts which will in turn exacerbate the already rampant poverty in the region.

The US is running out of landfill space, according to data collected by Waste Business Journal. The data showed that landfill capacity in the US is expected to drop by 15.6 percent in 2021. This translated to storage space for more than a billion tons of garbage. The Northeast is projected to lose the highest percentage of space at over 30 percent or 170 million tons. Because of the cost and time it takes to create new landfill space, planned additions to current landfills are not expected to alleviate the crisis.

Minneapolis will join 64 other cities in adopting a plan to switch to 100 percent renewable energy in the near future. The Mayor and City Council of Minneapolis announced an ambitious proposal to switch municipal services to renewable energy by 2022, and to bring the entire city into the fold by 2030. This follows the development in early March that, due to dropping prices, renewable energy had edged out nuclear power to become the second largest source of power in the state of Minnesota after coal. Renewable energy made up 25 percent of the state's electricity generation in 2017, up from 21 percent in 2013.

Due to its massive volume of searches—3.5 billion a day—Google accounts for around 40 percent of the internet's carbon usage due to the strain that these searches inflict on Google's data servers. Because the energy used to run the data centers that ultimately run the internet originates from nonrenewable energy sources such as natural gas, internet usage inevitably leads to massive CO2 emissions—comparable to those of the airline industry. Google, as the website with the most internet traffic, naturally makes up the bulk of the underlying cause of those emissions.

A new scientific discovery has cast doubt upon the common belief that leprosy originated in Asia, suggesting that it instead materialized in Europe. Scientists in London analyzed 90 European skeletons from between 400 and 1400 CE with deformations suggestive of leprosy. This analysis found that all strains of the leprosy bacterium were present in medieval Europe. The researchers discovered 10 new genomes of Mycobacterium leprae, as well as the oldest known strain of leprosy. That strain revealed that leprosy may have made its way to Europe from the squirrel trade, due to the fact that it was identical to those found in modern day red squirrels.