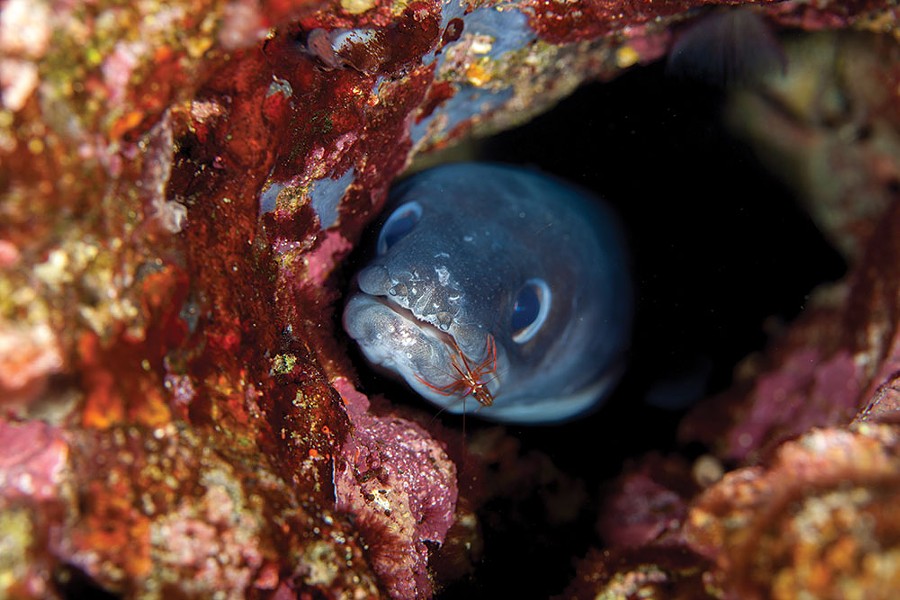 Medication-polluted rivers are posing a real threat to endangered eels, new research shows. European eels, an endangered species, are getting high on cocaine-ridden waters. The effects of the illegal drug hinder their migration and mating processes, increasing their risk for extinction. Studies conducted at the University of Naples Federico II reveal that the creatures are vulnerable to trace amounts of cocaine. The drug travels to the eel's brain, muscles, gills, and skin, altering hormone levels necessary for reproduction. Rivers near densely populated areas, such as the Thames, near London's Houses of Parliament and the Italian Amo River near Pisa, have high drug concentrations that harm eels. Scientists now suggest better wastewater treatment plans as a solution.

The United States withdrew from the United Nations Human Rights Council, citing political bias within the group of 47 nations. This is the first time a country has voluntarily left the organization. UN ambassador Nikki R. Haley said the decision was made due to the council's "disproportionate focus and unending hostility toward Israel" as "clear proof that the council is motivated by political bias, not by human rights." Supporters of the withdrawal, including Israeli Prime Minister Benjamin Netanyahu and Secretary of State Mike Pompeo, say the council's bias is a threat to human rights. But human rights activists aren't happy about the decision. John Sifton, an advocacy director at Human Rights Watch, and Rob Berschinski, a senior vice president at Human Rights First, say the withdrawal was a mistake and that the council is key to upholding human rights worldwide.

Your smart TV may be smarter—and know more about you—than you think. Internet-connected televisions in millions of US homes are tracking viewer information and targeting ads on different devices. Samba TV, a viewer tracking application, has reportedly collected data from 13.5 million smart TVs nationwide. The company makes deals with TV brands like Sharp, Sony, TCL, and Phillips to install the monitoring system. A screen pops up on the smart device enticing users to opt-in for the service and get curated content recommendations. If the user agrees, Samba TV reads nearly everything that appears on the TV, collects data on it, and targets ads on any device that shares the TV's internet connection. The company does not sell data, but it offers the service to advertisers. Critics are saying this a huge invasion of privacy, and two senators are now calling for an investigation of the smart TV industry.

Dogs are sniffing out threats to honeybees in Maryland. Cybil Preston, the chief apiary inspector for the Maryland Department of Agriculture, inspects beehives for harmful bacteria before shipping them across the country to pollinate crops. She checks for American foulbrood, which can kill entire bee colonies, by opening up the hive and looking inside. Four years ago, she started training her Labrador retriever, Mack, to hunt down the scent of foulbrood. Preston can now move out more bee colonies than ever before—last fall and winter, her dog inspected about 1,700 hives. Preston recently received a federal grant to expand the canine detection program, an innovation that could spread to other states and be a real game changer for the food and agriculture industry.

A group of rhino poachers were mauled and killed by lions in a South African reserve. Early last month an anti-poaching dog alerted its handler of unusual activity in Sibuya Game Reserve. Meanwhile, there were sounds of commotion coming from the lions. Later on officials found the remains of an unknown amount of people who were attacked. Poaching equipment, including axes, silencers, high-powered rifles, and wire cutters, were found on the scene. The poachers were most likely after rhinoceros horns, which are in high demand in the Asian market. Poaching is cause for jail time in South Africa—still, it has increased dramatically in the past decade. Game reserve owner Nick Fox expressed relief that the rhinos were found safe after the incident.

World health officials were taken aback when the United States firmly opposed a breastfeeding resolution at a recent Geneva conference. Decades of research affirms that mother's milk is the healthiest option for children. The World Health Organization's resolution states that countries should attempt to limit inaccurate or misleading advertising of breast milk substitutes. The US wanted to remove the line that states governments should "protect, promote and support breastfeeding," in attempts to protect corporate interest of the $70 billion infant formula industry. Diplomats and government officials who attended the gathering claim that the US threatened weaker countries like Ecuador if they did not drop the resolution. Eventually, Russia stepped in to introduce the measure, ultimately making American efforts unsuccessful.

Many fish species across the globe are being overfished. One in three fish caught never makes it to the plate, according to the latest biannual report from the UN Fish and Agriculture Organization (FAO). Worldwide, about 35 percent of catches are either discarded or rot before being eaten. The FAO report also reveals that fish farming accounts for over half of fish eaten. At the same time, overfishing persists. Global fishing employs about 60 million people. In many places, this means too many boats going for too few fish. Fish is a key source of nutrition for billions, and such high amounts of food waste is a risk to global food security. Experts say that stopping illegal and unsustainable fishing could alleviate the problem.

Being Amazon's home comes with a price—the city of Seattle has been transformed since the retail giant's headquarters moved in. Since Amazon was founded, the increase in high-paid jobs, and therefore wealthier home renters and buyers, has raised Seattle's housing prices by 70 percent. The average salary for the new, high-paying tech industry jobs is $100,000. That's double the amount that half the city's workers earn, creating a huge economic divide. Many lower income residents have been driven out. The city now has 11,000 people without permanent housing, climbing to the third highest homeless population behind New York and Los Angeles. Activists and Amazon have been butting heads over the issue—most recently, Amazon blocked a policy that would require the company to pay annual taxes per employee.