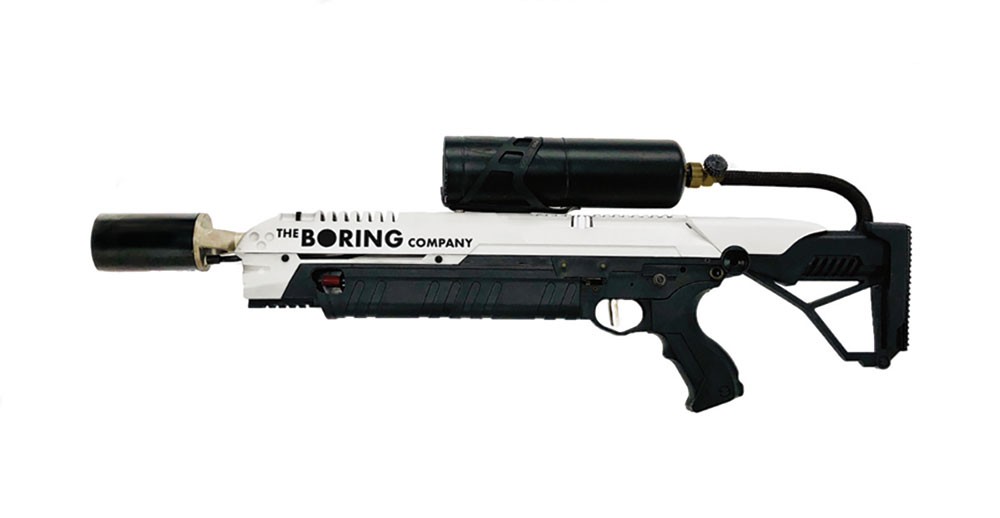 From the Canadian national anthem to FEMA aid in Puerto Rico, here's our monthly roundup of strange and surprising global news headlines from February 2018.

Elon Musk has now found the answer to an age-old question: Can you make $10 million in just a few days by selling roofing torches attached to airsoft guns? The answer is yes. Musk's Boring Company sold 20,000 flamethrowers for $500 a piece over four days in late January. One state lawmaker tried to introduce legislation blocking these sales after Musk confirmed that the devices' flames do not have the 10-foot range that the Bureau of Alcohol, Tobacco, Firearms and Explosives says constitutes an illegal flamethrower. Musk brushed off questions of safety saying the flamethrowers are "max fun for least danger" and that he would be "way more scared of a steak knife," but he is including a free fire extinguisher with each order just in case.

While the flu has ravaged the US this winter, with as many as 4,000 fatalities reported each week, the Centers for Disease Control (CDC) were being rocked by scandal. It was reported that CDC Director Brenda Fitzgerald invested in Japan Tobacco shortly after she took the job leading the government agency charged with, among other things, combating tobacco use. Fitzgerald resigned on January 31. This is not the first scandal of this kind to have hit the Trump administration: Back in 2017 former Health and Human Services Secretary Tom Price was found to have invested nearly $100,000 in various drug companies whose profits could be directly impacted by his actions as secretary.

Canada has seen a recent series of news stories regarding how best to accommodate the complex and nuanced spectrum of gender identity in the government's language. The first came when lawmakers in Parliament voted to change the second line of their national anthem "O Canada," from "in all thy sons," to "in all of us." This ends a nearly 40-year debate over whether the anthem should be more gender-inclusive. This story was followed by a controversy in which Canadian Prime Minister Justin Trudeau corrected a woman who used the phrase "mankind" at a town hall, saying "We like to say 'peoplekind,' not necessarily 'mankind.' It's more inclusive." Trudeau received pointed criticism on social media, but the woman reportedly responded, "There you go, exactly. Yes. Thank you," in response to his joke.

Tribute Contracting LLC was given a FEMA contract to deliver 30 million units of much-needed food to Hurricane Maria victims in Puerto Rico. Just 50,000 meals arrived. Tribute, a one-woman operation based in Atlanta, has repeatedly bungled federal contracts and is banned from taking any contracts from the Government Publishing Office until 2019 after it failed to meet the instructions of a contract. Tribute's contract with FEMA has since been terminated. This follows a similar incident in which the administration awarded a massive $300 million contract to restore electricity to Puerto Rico to a small Montana business with ties to Interior Secretary Ryan Zinke. Some critics are drawing connections between the Trump Administration's handling of Puerto Rico recovery to the Bush Administration's inept Katrina recovery effort.

The United Nations Children's Fund (UNICEF) is harnessing the growing and increasingly mainstream world of cryptocurrencies to cut the costs of bringing aid to Syrian refugees. UNICEF is recruiting gamers to mine for Ethereum, the second most widely circulated cryptocurrency after Bitcoin, which will be used to fund aid for children displaced by the Syrian Civil War. The primary value of this strategy is the ability of Ethereum's underlying technology, blockchain, to cut out the middleman costs of financial services companies. However, this does not mean that there is global consensus on the mainstream use of cryptocurrencies. In early February, World Bank President Jim Yong Kim stated that he believes cryptocurrencies are "Ponzi schemes" shortly after Bitcoin lost two thirds of its peak value.

Environmental Protection Agency (EPA) Administrator Scott Pruitt, who has made headlines for having sued the EPA 13 times as Oklahoma's Attorney General and for his rejection of the scientific consensus on climate change, spent early February once again mired in controversy. However, in something of a reversal of his previous denial that the climate is warming, Pruitt argued that rising global temperatures will benefit society stating, "Humans have most flourished during times of warming trends," and has suggested that we don't know what the "ideal temperature should be in the year 2100." Pruitt is most likely referring to research suggesting that the melting of the Arctic would open up new agricultural and trade opportunities in that region, leading to economic growth. However, his argument ignores the droughts, inundated land, and flooding that would be caused by rising global temperatures, as well as the fact that human civilization has developed in a relatively stable climate until recently.

Though he rejects the label of "Nazi," Arthur Jones is a self-described "white racialist," unabashed Holocaust denier, and former member of the American Nazi Party. He is also a Republican candidate for Illinois's 3rd congressional district, challenging incumbent Democrat Dan Lipinski. Like President Trump, Arthur firmly opposes illegal immigration (believing it to be a Mexican plot to conquer the US) and believes China is slowly taking over the United States through comparative trade advantages. Unlike Trump, he opposes foreign wars and the US-Israel alliance, believing that the Israelis have undue control of US foreign policy. Jones is running unopposed and is expected to win the GOP nomination due to the district's lack of enthusiastic Republicans, but state GOP leaders have offered only denunciations of his candidacy.

The capital cities of the US and Russia have been exchanging diplomatic barbs in recent months. However, rather than using speeches or policy documents, Washington and Moscow are utilizing their municipal resources to make more symbolic attacks. The city of Moscow is proposing changing the name of an alley near the US Embassy to "1 North American Dead End." This is likely in retaliation to the Washington, DC, City Council changing the name of the street of the Russian Embassy to "1 Boris Nemtsov Plaza," in honor of the Russian opposition leader who was killed outside the Kremlin in 2015. That name change was viewed as a response to Russia's alleged hacking of the 2016 election. This isn't the first time street names have been weaponized in feuds between cities; DC had similar exchanges with Moscow in the 1980s, and, more recently, with Beijing and Istanbul.

The original print version of this article was titled:
"While You Were Sleeping: The gist of what you may have missed."