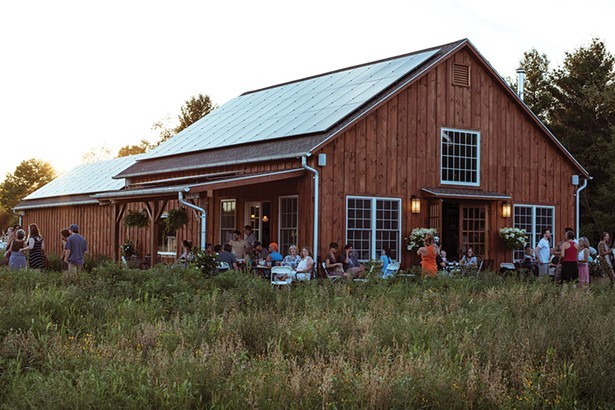 In 2011, Governor Andrew Cuomo replaced what he called a top-down, outdated funding process with 10 regional councils of experts from academia, business, local government and nonprofit sectors to develop long-range strategic plans and vet projects, hoping to ensure that Empire State Development (ESD) grants were custom-fit to local priorities. In the eighth round of this regional economic development council funding, 122 Mid-Hudson Valley projects received a total of $87.1 million in grants. Here’s a look at some of the Big Doings afoot.

City Winery Hudson Valley at the Historic Montgomery Mills is receiving a total of $1,877,756 toward its $5 million project from three state funding streams, to help achieve NetZero efficiency, relocate consolidated wine making facilities for its six existing venues construct a tasting room and cafe and refurbish the whole 22 acres.


“This was the first time I have ever been awarded a grant like this, so I can only say that I do think we are deserving of the support,” says City Winery CEO Michael Dorf. “If the mission is to expand ‘Live, Work and Play,’ I believe we achieve all of those aims and we do so with the efficiency of smart real world business that is compelling and market savvy.” There’s also a certain undeniable serendipity to the creator of the famed Knitting Factory purchasing an actual worsted mill.

In 1950, a group of parents formed the United Cerebral Palsy Association of Sullivan County, which ultimately became the Center for Discovery, a visionary facility for the mentally and physically challenged and a global thought leader employing over 1600.

The latest endeavor, the Center for Discovery Research Institute for Brain and Body Health, will transform a vacant property into a state-of-the-art bio-behavioral and healthcare facility with a Children’s Specialty Hospital, special education program and six cutting-edge laboratories studying chronic, complex conditions. Empire State Development is helping out with $1 million.

In 1985, Luke Ives Pontifell founded Thornwillow Press and has since nurtured the Newburgh operation into a small-scale publishing house and a world leader in exquisite handbound, letterpress books and stationery. On the company’s 30th anniversary, they launched the Thornwillow Institute, a nonprofit committed to cultivating all forms of craftsmanship, especially those related to the written word, and partnering with artists and institutions nearby. As their website says, "Objects you can touch, keep, and give are central to the identity of our culture. These objects become the legacy of our society."


Now Thornwillow Institute has been awarded $400,000 to help establish Thornwillow Makers Village, a craft and artisanal destination in the City of Newburgh. Historic properties will be renovated to create studios, a teaching lab, a gallery and a bookstore/cafe on the ground floor and living space for the makers involved upstairs.

The conversion of the sprawling industrial Hutton Brickyards into a safe, functional multi-use property has been a visionary feat of adaptive reuse. Phase Two of the Hutton Brickyards buildout in Kingston will include a 30-unit boutique hotel, commercial kitchen, 100 glamping sites, shoreline stabilization, a professional stage, and “other enhancements” which will facilitate the venue’s programming partnership with Bardavon. The state is providing $1,170,000 to support this waterfront revitalization project. 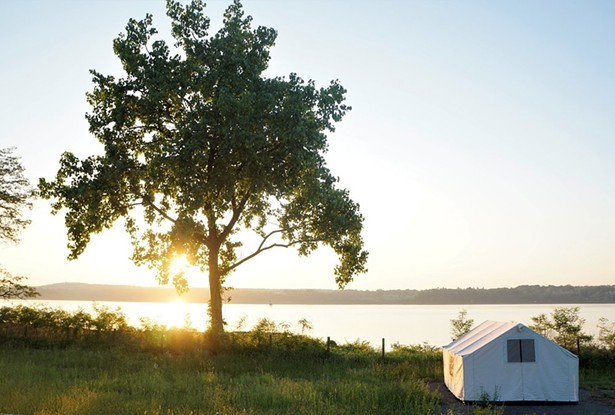 “It’s extremely positive to know that the creative vision and passion that is felt within (our) ownership team is also shared within the ESD grant team, who must review hundreds of grant applications,” says marketing director Kathleen Wolf. “Although the process contains a lot of stringent requirements, they’re all based on improving the positive impacts to the community; so the difficulty of meeting them is balanced against the knowledge that the requirements better people’s lives.”

Turk expects to spend about five years and $42 million on the project, and he anticipates creating 130-140 permanent jobs. The plan includes mineral springs, an indoor-to-outdoor swimming pool, and concierges to help guests plan local adventures. ESD has awarded $1,250,000 to the cause.

MakerBot cofounder Bre Pettis has purchased four properties on North Water Street in Peekskill. One building will house his Bantam Tools operation, which produces cutting-edge desktop milling machines, and which Pettis is relocating from Berkeley. The other three properties will form an arts and makers’ hub intended to spur along Peekskill’s revitalization with tech, arts, and creative jobs.


Event space, artist studios, destination businesses, and greenhouse agriculture are among the potential uses being considered for the three buildings. Operating as Bre & CO.Heirloom Quality Products, Pettis has been awarded $480,000 to help the project along.

Bread Alone Bakery, Chef Dan Leader’s vision of organic, artisanal, brick-oven goodness for all, started as a one-oven operation in 1983 and now spans two generations and four locations (not to mention the folks they wholesale to and the farmers’ markets).

They’re adding 15,000 square feet to their Lake Katrine campus, True to the company’s sustainable philosophy, the addition will feature LEED-certified construction and expanded use of renewable energy, and the state is kicking in $800,000 to help it happen.

Arrowood Farms Brewery began as a farm in Accord in 2013 and has been brewing and serving organic farm-fresh beer for the past three years. They plan improvements to expand production, reduce product costs, and implement a marketing plan that will bring additional visitors and create more jobs. Demand for their farm-to-pint beer is already strong, and cofounder Blake Arrowood says the $360,000 from ESD will be put to good use to continue getting the word out.

“We found it very worthwhile to invest our time and energy in a fully developed plan that would resonate with our local economy and New York State,” he says. “Arrowood is committed to sustainable growth that helps to cultivate and foster community and craft. We couldn't be happier to have the opportunity to create and grow in the Hudson Valley.”

A Test Case for Development in the Hudson Valley