We’re in the depths of another January deep freeze here in the Hudson Valley, so warm up your week with these hot events.

Continuing an annual tradition, Quinn’s in Beacon will once again celebrate Martin Luther King Day on January 17 at 8:30pm with a visit from world-renowned saxophonist Ray Blue. For the evening, Blue will lead a trio featuring Radam Schwartz on organ and Steve Johns on drums, the three performing tunes made famous during the civil rights era. Masks and proof of COVID vaccination will be required for attendance. A cover charge of $15 cash gets you into this night of creative music.

Raise a glass on January 20 at 6pm for “Manhattan in the Hudson Valley,” an event at City Winery Hudson Valley in Montgomery that will center on the titular cocktail. The soiree will take place in the winery’s boiler bar and promises a beverage experience creating and enjoying this classic cocktail with a modern twist. Light bites will be provided as well. Tickets are $65 vis the winery’s website. Please note: All guests are required to either be fully vaccinated or have received a negative Covid test 72 hours before the event. 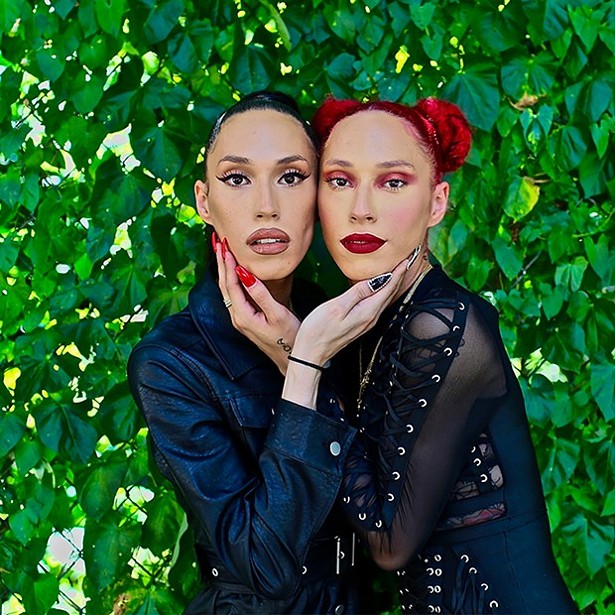 Part of MODfest, Vassar College’s annual arts festival, “Women R Beautiful” is an exhibit of images by Ruben Natal-San Miguel in the Palmer Gallery of the college’s Poughkeepsie campus that runs through February 6. The photographer describes the works as “a way to have people understand otherness and other beauty.” For gallery hours or further information, please call the Vassar College Campus Activities Office during regular business hours at (845) 437-5370 or visit the Vassar Website.

Hailing from the heartland home of Ohio, roots rockers Red Wanting Blue are considered by many fervent fans to be, as Larry Groce of NPR’s “Mountain Stage” once called them, “America’s local band.” Capped with the resonant baritone of leader Scott Terry, the group’s songs of earnest Americana paint pictures of blue-collar-community life, road-challenged relationships, and defiant optimism. With 10 studio albums—the most recent, 2019’s The Wanting, produced by acclaimed singer-songwriter Will Hoge—to their name, the relentlessly touring outfit eagerly takes to the circuit this month, which includes a stop on January 22 at 8pm at Infinity Hall in Norfolk, Connecticut. Meaghan Farrell opens. Tickets are $22-$32.

On the heels of their December 2021 residency at PS21 in Chatham, the celebrated French playwright and director Pascal Rambert, actors Jim Fletchers and Ismail ibn Conner, and translator Nicholas Elliott will return to PS21’s Black Box Theater for four public performances of “The Art of Theater” and “With My Own Hands.” The engagement, which is being copresented with PS21, is a featured project of the Public Theater’s new “Under the Radar Festival: On the Road” initiative. The performances will take place on January 22 and 23 at 3pm. Tickets are $35 (PS21 members are $25).

Jam heads will be in high heaven when perennial summer festival headliners Umphrey’s McGee make their way to the Palace Theatre in Albany on January 22 at 8pm. Formed in South Bend, Indiana, in 1997, the band performed at the first-ever Bonnaroo festival in 2002, and since then their mix of rock, funk, reggae, metal, folk, jazz, and electronica has won them legions of followers through their hectic touring and 13 studio albums. Their newest, You Walked Up Shaking in Your Boots but You Stood Tall and Left a Raging Bull, was released last July. Tickets are $25-$45.

Tapped by Entertainment Weekly for its list of the “25 Funniest People in America,” Emmy-winning comedian, writer, actor, and producer Wanda Sykes has been making audiences laugh with abandon since she first stepped on stage, in 1987. A regular presence on television and the big screen, Sykes left her job at the NSA in the early 1990s and headed to New York, from where she performed on Russell Simmons’s “Def Comedy Jam” on HBO and began writing for “The Chris Rock Show.” An outspoken activist for LGBTQ rights, she has appeared in and done voiceover work in nearly 30 films and dozens of TV shows (including her on specials) and performed at the 2009 White House Correspondents’ Association Dinner. She’ll be live at the Egg in Albany on January 23 at 7pm. Tickets are $49, $69, and $125.