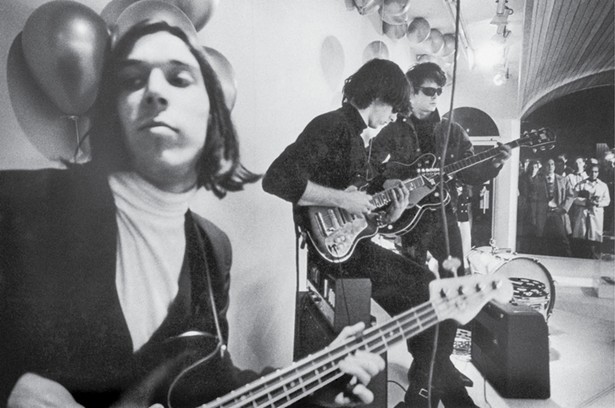 The month has just begun, bringing with it this savory serving of September events.


Woodstock Film Festival Up and Rolling |
through October 3

The Woodstock Film Festival celebrates its 22nd anniversary with a return to indoor spaces, and with special events. Notable films to be screened include The Velvet Underground, a documentary by acclaimed director Todd Haynes (Carol and I’m Not There), which enjoyed “rave reviews and a very long, standing ovation” during its premiere at Cannes, according to Meira Blaustein, Woodstock Film Festival’s cofounder and executive and artistic director. Haynes, known for his unconventionality and exquisite portrayals of queer love, takes his first stab at a feature-length doc with The Velvet Underground. Porcupine, starring Jena Malone, and Foxhole, by 21-year-old filmmaker Jack Fessenden, both shot in the Hudson Valley, will be screened, as will be Mothering Sunday, a drama starring Academy Award-winning actors Olivia Coleman and Colin Firth. See website for a schedule of screenings and other events.—Amended from this month’s article by Veronica Shorr

You know what they say: Every dog has its day. And after 22 years, critically adored Philadelphia-based, psychedelic-tinged indie pop band Dr. Dog is calling it one, at least they are when it comes to being the reliable road hounds that they’ve always been. The group recently announced that, although they have no plans to disband, after one more US performing excursion, this fall they’ll be retiring from touring. Fortunately for the dogged devotees who dwell in and around our area, one of the treasured stops on the band’s farewell jaunt is this date at Albany venue Empire Live on September 8 at 7pm. With Bowerbirds. Tickets are $25 and $28. 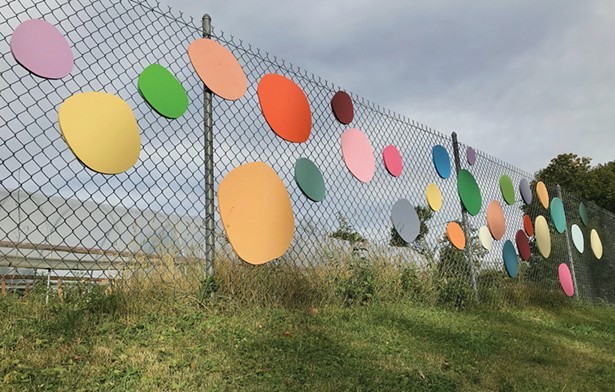 “Terrain Biennial Newburgh,” an outdoor art show on porches, fences, and the walls of buildings throughout Newburgh, runs through November 15. Naomi Miller and Hannah Walsh des Cognets—who are artists themselves—oversee the project. This is the second “Terrain” exhibition; the first was in 2019. The last biennial had 12 artists; this one has 27. “Terrain” is a combination of sculpture, community organizing, and family therapy. Because both are relatively new to Newburgh, Miller and des Cognets assembled a committee of local advisors connecting them to the city’s diverse communities. Most of the artists are from the Hudson Valley, some from New York City, and one from Hungary: sculptor Zsofia Keresztes, who’s represented by a Newburgh gallery, Elijah Wheat Showroom.

Still riding high on the January 2020 release of their prophetically named third studio album There is No Year, Atlanta indie funk rock quartet Algiers will bring the jams to Tubby’s in Kingston on September 10 at 8pm. Franklin James Fisher, whose voice and words provide the backbone of the band’s newest effort, sourced his lyrics entirely from an epic poem, “Misophonia,” composed during his search for meaning amidst a protracted personal period of anxiety and lack. Tickets are $15. 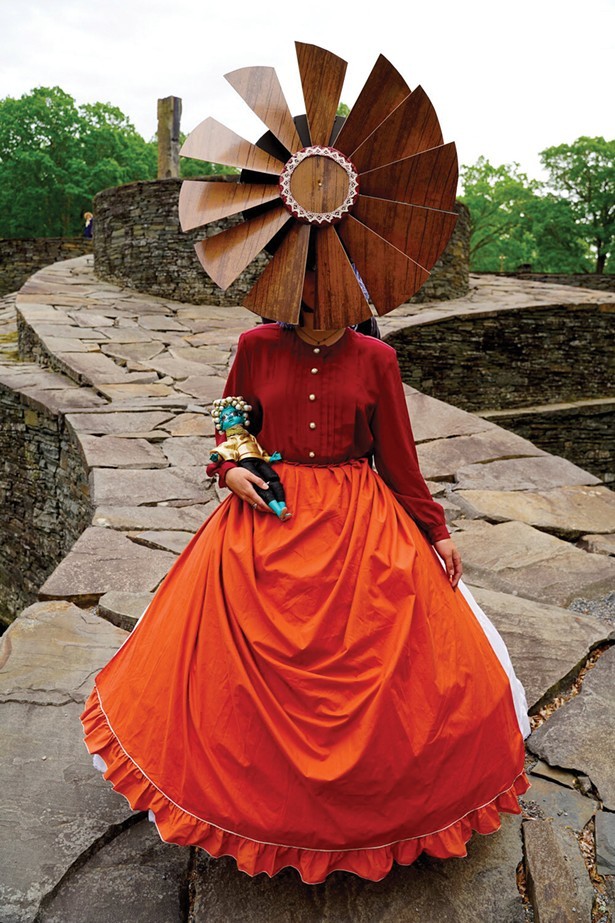 Snake in the Boot Collective’s original live performance “The Human Dream Project” at the sculptural grounds of Opus 40 in Saugerties will let you dive into a world of dreams and puppetry. Led by multimedia artist, writer, and performer Admiral Grey, the show illustrates people’s dreams through puppetry as intimate recordings play in the background. Complete with accompanying live foley artists and award-winning puppeteers, the evocative performance breathes life into people’s hidden hopes. The multimedia show includes stop-motion animation and interactive livestreams, with all puppets and set pieces handcrafted by Admiral herself from salvaged and repurposed materials. 6pm on September 10 in Saugerties. Tickets are $20 ($10 for Opus 40 members).

Led by guitarist Jim Weider, a 15-year former member of The Band and the Levon Helm Band, the Weight Band originated in 2013 inside the famed Woodstock barn of Levon Helm. Weider was inspired by Helm himself to carry on the musical legacy of the Rock and Roll Hall of Fame-inducted group, and he and his cohorts Brian Mitchell (Levon Helm Band), Michael Bram (Jason Mraz), Matt Zeiner (Dickey Betts Band), and Albert Rogers (Jim Weider Band) will do just that on September 11 at 2pm when they perform at City Winery Hudson Valley in Montgomery for the venue’s Music in the Garden Series. Tickets are $30 (lawn seating)-$1,250 (VIP section for 10 people).


The return of live music, cautious as it’s been, has been a well-earned reward after a long and difficult 2020. And for many listeners, the reappearance of Tuareg guitar god Mdou Moctar and his band, who play Gateway City Arts center’s music hall this month, feels like the icing on the musical cake. Moctar recently released his fifth studio album, Afrique Victime (Matador Records), which has drawn rabid raves. From the venue: “All patrons will be required to wear a mask AND provide proof of full COVID-19 vaccination (two weeks past second shot) OR proof of a negative COVID PCR test [received within 48 hours prior to the show] to enter.” With Pure Adult. (Tank and the Bangas bump September 14; Yo La Tengo rocks out September 17.) 8pm. $17.50-$20. Holyoke, Massachusetts.

Listen to women’s untold stories this September at a story-sharing event. Born-and-raised in the Hudson Valley, graphic artist and educator Eileen MacAvery Kane partners with nonprofit housing and arts redevelopment project Safe Harbors of the Hudson to celebrate women’s lives, especially those that too often remain unrecognized. Women from all walks of life will gather and tell their stories in merely six words, with participants encouraged to contribute or simply listen in the supportive learning community. September 12, 2-4pm in Newburgh.