8 Cultural Events to Attend this August in the Hudson Valley

Don't Let the Dog Days Get You Down

From exquisite puppetry to spooky theater and a vaudeville circus, there is plenty to do out there this month in the Hudson Valley. Don't let the dog days of summer get you down, load up on these 8 cultural events.

“Sweet Charity” at the Woodstock Playhouse | Through August 15

Turn back the clock with “Sweet Charity,”an award-winning musical comedy about the persistently optimistic Charity Hope Valentine as she navigates love as a New York City dance hall hostess in the 1960s. The two-act show (book by Neil Simon), performed at the Woodstock Playhouse, is punctuated with a groovy score by Cy Coleman and lyrics by Dorothy Fields, and features showstoppers like “Big Spender,” “If My Friends Could See Me Now,” and the titular “Sweet Charity.” Friday and Saturday performances begin at 7:30pm, while Sunday matinees start at 2pm. July 30-August 15 in Woodstock.

In this dark comedy set in a small New England town at Halloween, 18-year-old Perdue finds a job in a place most people wouldn’t even consider: the local graveyard. Written by James McLindon, the spooky/funny play is the second in Denizen Theater’s summer reading series in the courtyard of the Water Street Market. The outdoor series marks Denizen’s first live performances since the pandemic began. Tickets are free to the public, but available seats are limited. August 6-7 in New Paltz.

Bindlestiff Family Cirkus continues to delight audiences at Opus 40’s Stockade Saturday Cabarets surrounded by the Catskill Mountains. Accompanied by outdoor dining from Papa’s Best Batch and drinks from Stockade Tavern, the Cirkus’s performances consist of a quirky, colorful cornucopia of clowns, acrobats, musicians, magicians, and cabaret, vaudeville, and sideshow artists. Founded in 1995 by performers Keith Nelson and Stephanie Monseu, the Cirkus has been dazzling attendees in New York for over 25 years. Prepare to be delighted. August 14 and September 11 in Saugerties.

Shadowland Stages reopens with their upcoming staging of the hilarious farce “The Complete Works of William Shakespeare (Abridged) [revised].” This production will mark their first staging since closing for the pandemic. Full of improvisation, raunchy humor, and a healthy disregard for the fourth wall, audiences can expect “The Complete Works”to be wickedly funny in its attempt to speed-run through every play the Bard produced, including obscurities like "Timon of Athens." August 13-September 5 in Ellenville. 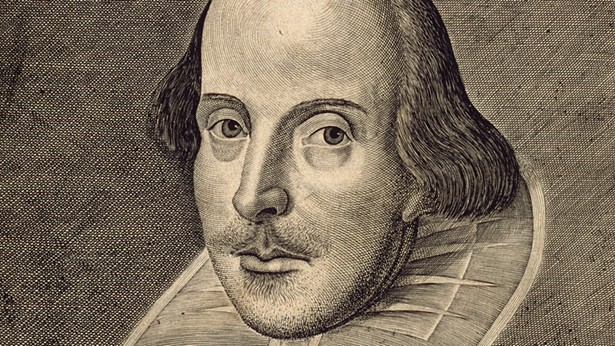 The Kingston Artist Soapbox Derby returns to the Rondout after a two-year pause. Local artists and families alike can join together in creating masterpieces for the derby in a community-wide celebration of the arts. In this family-friendly competition, decorated soapbox cars parade down Broadway, powered only by gravity. Whether community members participate in the youth or the adult category, fun and safety are both paramount to the success of the derby. Helmets are required for all drivers and all kinetic art cars must have steering and braking capabilities. August 15 in Kingston.

What started in 2002 as a way to promote the town’s smaller studios has grown into a full-on art-lover’s weekend. This year, for the 19th annual Saugerties Artists' Studio Tour, 40 artists invite visitors (masked, please) into their studios to view their work and their art-making spaces—where the magic happens! Works of varying media—from sculpture to paintings of abstract, contemporary, and other styles—are showcased at locations around town. Maps for the self-guided tour are available at many businesses in town. August 15-16, 10am-6pm.

Arm-of-the-Sea’s annual summertime puppet extravaganza returns after a one-year hiatus, marking the first event on the site of the future Tidewater Center in Saugerties, with five evening performances taking place under the stars at 8pm. Along with their puppet suite, Arm-of-the-Sea is also revitalizing the Esopus shoreline. The Tidewater Center occupies land that used to be the site of a 19th-century paper mill and revitalization processes have already begun. August 18-22 in Saugerties.

Set sail on the Hudson River and explore Delaware’s maritime heritage on the Kalmar Nyckel as it makes its return to the Hudson River Maritime Museum on the Kingston waterfront this August. First launched in 1997, this square-rigged ship is a replica of the 17th-century Dutch pinnace merchant ship that brought Swedish settlers to North America. Complete with a crew of 200 trained volunteers, the Kalmar Nyckel offers visitors the chance to tour the decks, haul lines, and experience multihour sailing adventures on a historic ship. August 21-28 in Kingston.