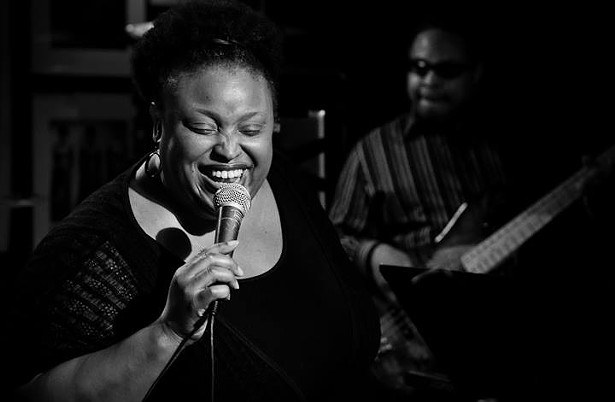 Gloria Richardson, Henrietta Lacks, Rosalind Franklin—history is filled with the stories of women who have been forgotten, or whose lives or work were rendered invisible. Richardson fought alongside other Civil Rights leaders and for equality in her town (which was literally segregated by a road called Race Street). Lacks is one of many examples of a Black woman whose body was used for medical research without her consent. Franklin’s male colleague shared her evidence of DNA with professional rivals who went on to win the Nobel Prize for the discovery instead.


This March, we’re getting creative and reimagining virtual gatherings. After a year filled with incalculable challenges due to COVID-19, it may be just what we need to get us through these last gasps of pandemic-induced isolation before we resume in-person experiences once again.


Here are seven events sure to shake up your Zoom life, while centering the marginalized majority.

i want what SHE has

Every Wednesday afternoon in March from 1-3pm, i want what SHE has podcast will host its first-ever book discussion. The pick is Silvia Federici’s Caliban and the Witch, which explores the role of women in the rise of capitalism, and it’s available at Sassafras Mercantile in Kingston and other local booksellers.


Your virtual shake-up: Interact with host Theresa Widmann, artist Rakel Stammer, and other guests during their livestreamed discussion, as they interrogate topics like capitalism, feminism, and labor.

Women of Color in Education

Education is as much a personal journey as it is a collective project. Consider the benefits to children of color when their teachers look like them and how long they might experience formal education before that happens. On Thursday, March 25, from 6-7:30pm, Erica Brown of Radio Kingston will host a roundtable discussion among educators, including anti-racism consultant Amy Brown-White, veteran public school teacher Cassandra Taylor, Middle School Director at Oakwood Friends School in Poughkeepsie Ricci Alma-Bueno, and Dr. Paula Childs Perez, an adjunct graduate professor in the school of education program at SUNY New Paltz. They'll share their experiences and the challenges they face as women of color, locally and nationally.


Your virtual shake-up: Participate in a town-hall-style Q&A with education experts who don’t always get the mic.

On Thursday, March 18, the Woodstock Film Festival is hosting a free screening of the documentary by the same name, in which Katie Couric, Rachel Maddow, Condoleeza Rice, Gloria Steinem, and others discuss sexism in American media. For 24 hours only, you’ll get a link to the free screening with a welcome message from the director.


Your virtual shake-up: Turn it into your own private film screening.

Leah Penniman is back. The Co-Director and Farm Manager of Soul Fire Farm in Grafton makes her second keynote address for Women’s History Month in Kingston on Thursday, March 18 from 6-7:30pm. Through a collaboration of various organizations, including the Kingston Food Co-op, Midtown’s burgeoning food justice hub, the event will deliver a call to action from the frontline communities who are mobilizing for food and land sovereignty.


Your virtual shake-up: Renowned poet and Soul Fire Farm’s Program Manager Naima Penniman will join her sister Leah Penniman in weaving together the structural realities of racial injustice in the food system with movement strategies, past and present.

If you miss live music, you’ll love this concert on Saturday, March 20 from 2-3pm. Sponsored by the Kingston Library, vocalist, songwriter, and bandleader Rhonda Denét will present unique interpretations of classic songs from the 1930s to the 1990s, amplifying 70 years of women's contributions to the American music landscape.


Your virtual shake-up: It's like a cocktail lounge you can enjoy in the light of day.

Our Black Lesbian Love Is a Form of Resistance

On Friday, March 26 from 7-8p, the idea garden will host spoken word and dance performance art duo Nia & Ness for a virtual audience. Performing a short combination of two evening-length pieces 'run.' and 'home.' set to music by Garrett Miller, the work makes visible the impacts of microaggressions on Black lesbian bodies.

The Yoga House in Kingston is under new ownership. Previously voted best yoga community, and now LGBTQ- and BIPOC-led, the Yoga House is ramping up its foundational belief that the practice should be enjoyable, accessible, and available to every body. Offering yin yoga on Saturday, March 13 and vinyasa yoga on Saturday, March 27, these free classes just for Women’s History Month Kingston will satisfy your craving for mindful movement.


Your virtual shake-up: If you’ve never tried Zoom yoga, now is the time. Under the live, watchful eye of experienced teachers, break into or open your movement practice at home.


And celebrating women’s voices and perspectives doesn’t have to stop in March. WHMK will now also be accepting event submissions throughout the year. Watch the calendar for developments like social media campaigns and maybe even a flashmob. For more information and to collaborate, visit WHMK.org.