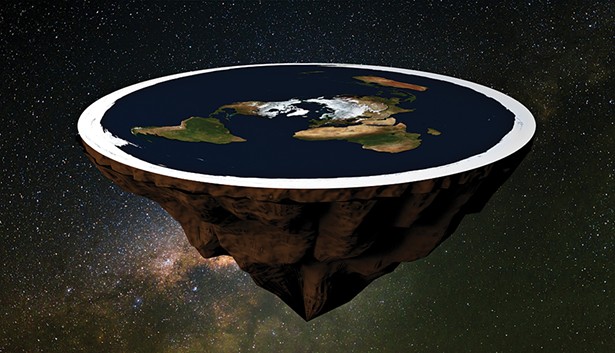 In August 2017, scientists at the Fish and Wildlife Service readied a report proving that three widely used pesticides were harmful to endangered species, like the kit fox and seaside sparrow. Two of the three pesticides, malathion and chlorpyrifos, were so toxic that they threatened the continued existence of more than 1,200 endangered birds, fish, and other animals and plants. On the eve of making their research public in November, David Bernhardt, then the deputy secretary of the interior and a former lobbyist and oil-industry lawyer, unexpectedly blocked the release. Bernhradt initiated a new process to apply a much narrower standard to determine the risks from the pesticides. Bernhardt, who became Secretary of the Interior on April 11, is now under investigation by the Interior Department's Office of Inspector General, into allegations of conflict of interest and other violations during Bernhardt's tenure as the agency's deputy secretary.

Snowmobile-related crashes and fatalities in New York have tripled this winter compared to last year. On March 19, a Hadley man lost his life while snowmobiling, bringing the number of fatalities for this season up to 20, according to the New York State Snowmobile Association. The previous season had seven snowmobile related deaths in the state, a drop from 24 deaths in the 2016-2017 season. The executive director of the Snowmobile Association, Dominic Jacangelo, has no explanation for the spike in deaths, since this winter's weather conditions were similar to last year. Many attribute the deaths to driving too fast or driving while intoxicated. Overall, snowmobile crashes and fatalities have dropped over the last 15 years.

NASA's announcement of the first ever all-female spacewalk was met with celebration. This historic event was to showcase astronauts Christina Koch and Anne McClain as they left the space station on a mission to replace batteries, supported by flight director Mary Lawrence and Kristen Facciol of the Canadian Space Agency. However, the giant leap for womankind was deferred due to a wardrobe issue. On March 25, NASA canceled the all-women spacewalk because they didn't have enough spacesuits in the right size. Following a final test run, Anne McClain decided to change from a large suit to a medium for a better fit and safety, but NASA didn't have a medium hard upper torso ready in time. McClain ceded her spot to a male colleague.

For the surprisingly fast-growing community of Flat Earthers, the globe-denying conspiracy theorists, Antarctica is the end of the world. Though this movement has been met with bemused incredulity and criticism by the online community, Flat Earthers have held firm, convening in web forums, organizing conventions, and even planning a television series. Rumors of a fact-finding voyage to Antarctica started after founder of the Flat Earther International Conference in Denver, Robbie Davidson, told Forbes magazine that he would like to explore the seventh continent. He also committed to hosting a 2020 cruise, though he has since clarified that next year's expedition will stick to temperate regions and is purely an opportunity for fellow believers to come together and "network."

A well-contrived ploy to ensnare two sneaky art thieves has a slapstick comedy plotline. Italian police, the mayor, and even the townspeople collaborated on this sting operation, in which a real $3.4 million painting by 17th-century Flemish master Pieter Brueghel the Younger was replaced with a replica after rumors of theft circulated. The painting depicts the crucifixion and was donated to the Santa Maria Maddalena Church, located in Liguria. It's not the first time The Crucifixion or The Calvary has been coveted—it was hidden from German soldiers during World War II and was successfully stolen in 1981 (then later recovered). In this hilarious heist gone wrong, the town's mayor had to feign sadness and suspicious residents played their part in hiding the secret in order to keep the real painting safe and capture the thieves.

There's no due date for a good decision. After 53 years, New Jersey resident Harry Krame finally returned a library book that he thought was long lost. After finding it while cleaning up his basement, Krame walked back into the Fair Lawn middle school, which he attended in the 1960s, and turned in The Family Book of Verse in mid-March. Krame wasn't charged any fees for his tardy return.

Alden Global Capital, a hedge fund that controls more than 100 local newspapers (including Kingston's Daily Freeman), moved nearly $250 million of employee pension savings into its own accounts in recent year, sparking an investigation by the Department of Labor. In some cases, it moved 90 percent of retirees' savings into two funds it controlled. Most of the money has now been moved back out of the hedge funds. Federal law requires that pension managers avoid conflicts of interest and avoid taking excessive risks with the assets they manage, though some exemptions are allowed—though government officials acknowledge that Alden was not offered any. Alden has faced criticism for its stewardship of local newspapers, the company has purchased: It has cut jobs more rapidly than other owners and degraded the newsgathering capabilities of its acquisitions. This government scrutiny will complicate Alden's ongoing bid to acquire Gannett's 100-plus newspapers, including the Poughkeepsie Journal.