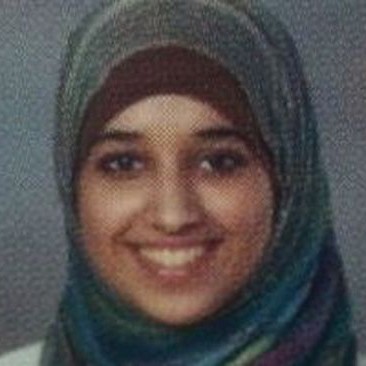 In late January, Facebook released its 2018 fourth quarter and full-year earnings, which showed record-high profits, even after the company endured a string of scandals regarding user privacy. During the 2016 presidential election, information from over 50 million Facebook users was harvested without their permission. Foreign governments used the social media giant's data to target ads and influence the election. Most recently, Apple exposed Facebook for paying consumers in exchange for monitoring their phones. Daily active Facebook users have risen 9 percent from a year earlier to 1.52 billion, with profits skyrocketing 61 percent to hit $6.9 billion for the year. Source: New York Times

Recent studies have found that the colonization of the Americas caused Earth's climate to cool. Because of violent conflicts and disease, the indigenous population was reduced by 90 percent and 56 million people died between 1492 and 1600. This depopulation resulted in unattended agricultural land the size of France. The abandoned land became overgrown with new vegetation that soaked up enough carbon dioxide to cool the planet. During this "Little Ice Age," the average temperature dropped by 32 degrees. Over the past century, the release of greenhouse gasses has caused the planet to warm by 34 degrees. Source: The Guardian

A recent study published in the Journal of Communication suggests that the decrease in local newspapers and journalists across the nation contributes to our country's political polarization. Based on voting data from 66 communities where newspapers have closed, there is less split-ticket voting and limited engagement at the local level. Individuals without a local news source will most likely turn to the national news to judge local politics. Citizens vote for party "brand names" because they are influenced by national labels, but these labels do not always align with politics at the local level. Source: Associated Press

Over the past 20 years, crimes committed by individuals over 65 years old have been steadily increasing in Japan. Historically, children in Japan look after their elders, but in some of the smaller provinces that lack economic opportunities, younger people are moving away. Older individuals then resort to breaking the law to survive and find a like-minded community behind bars. Impoverished elderly people are shoplifting—which is considered a serious offence in Japan—just to receive three meals a day in jail. In 2016, more than one third of the 2,500 convicts over the age of 65 had five previous convictions. Source: BBC

Harvard University researchers have found evidence that links marijuana use to a higher sperm count in men. This finding contradicts the popular belief that smoking weed negatively impacts male fertility. After studying 662 men from 2000 to 2017, subjects who smoked had an average sperm count of 62.7 million sperm per milliliter while the men who avoided marijuana had an average of 45.4 million sperm per milliliter. The subject pool of the Harvard study consisted predominantly of white, college-educated men around the age of 36, which is not representative of the general population. Source: Quartz

A new study conducted by Kantar Consulting and Trusted Media Brands, Inc., suggests that an increasing presence of electronic devices has an overall positive impact on American families. After surveying 3,500 families, 64 percent reported that technology gave them more free time at home and only 15 percent claimed technology makes them less engaged with one another.  Source: Folio

In 2018, the ASCPA Poison Control center received 1,800 calls related to marijuana poisoning in pets. That is a 765-percent increase over 2008. Weed is fully legal in 10 states, with more on the way to legalization and, therefore, has become more accessible to humans (and animals) across America. Dogs, who are 10 times more sensitive to THC than humans, may overreact to sudden sounds, stumble around, and pee uncontrollably after ingesting marijuana. In severe cases of marijuana poisoning, dogs will experience low blood pressure and low heart rate that could result in death. Many pet owners and doctors alike are advocating for more clinical studies on how to treat animals that consume cannabis. Source: Mashable