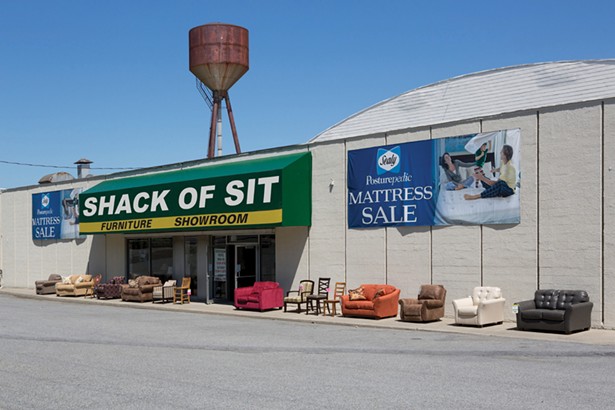 "Tim Davis is not so much a street photographer as a road photographer. He goes about his work the old-fashioned way, by hunting and gathering, and he finds wild and unexpected combinations of color, form, and meaning just sitting there on the roadside where anyone could have seen them, but nobody else did. He is an aesthete, an exacting technician, a connoisseur of all the incongruities in the semi-domesticated American landscape." —Luc Sante, from an essay in When We Are Dancing I Get Ideas, the exhibition catalog to Tim Davis's recent show of photographs and ephemera at the Tang Museum at Skidmore College in Saratoga Springs. Davis, whose work has appeared on the cover of Chronogram, lives in Red Hook and teaches at Bard College.

With the mind of an experimenter and an artist's approach, Lukas Milanak's zany body of work seeks to delight, entertain, and spark curiosity with viewers. Spanning countless materials and formats, his art projects draw on science and engineering in a whimsical modern study of alchemy. Using mundane objects, Milanak builds complex systems that, when taken as a collective exhibition challenge our notion of the common. "What happens in between seeing potential and realizing it goes well beyond simply building an object. There is magic in the making, alchemy in the experimentation, and joy in sharing that with others," he says. September 12–October 4; opening reception September 12, 12-9pm at BAU in Beacon.

Award-winning actress turned self-taught artist, Deirdre O'Connell pulls inspiration from her theater background, including scenes and characters from works by Russian playwright Anton Chekhov. Acrylic and mixed media on board, her works are stark, lonesome, and haunting, even while showing, in some cases, scenes of opulence. O'Connell's work will show at the Susan Ely gallery alongside Malcolm Moran's series of portraits, which he has split into sinners and saints. These muted-toned paintings and drawings represent figures, both personally familiar to the artist and not, that have shaped the course of his life, though the series title is not a value judgement. September 24–November 1; opening reception September 26 in Hudson.

Meg Hitchock's works weave together text, color, and form into textured studies of her overlapping interests in religion, and, in particular, sacred words or mantras, literature, and psychology. Using words themselves as sculptural elements, Hitchcock builds fluid new texts that provoke visual and spiritual contemplation. "I find it to be deeply comforting to exchange my belief in God for a trust in humanity," Hitchcock says. This exhibition at Garrison Arts Center will show a large body of work in two galleries. September 19–November 8.

This group exhibit at Carrie Haddad Gallery brings together the work of five artists in a curated examination of the gestural and graphic pattern variations in abstract painting and sculpture. From the exuberant color and textural composition of Vincent Pomilio to the jewel-toned, wall-mounted wooden sculptures of Steven Walling to the geometric abstractions of Donise English, to the abstract landscapes of Bruce Murphy to Susan Stover's sewn sculptures, the pieces on display collectively probe the interaction between color, dimension, shadow, and line. Through October 11. 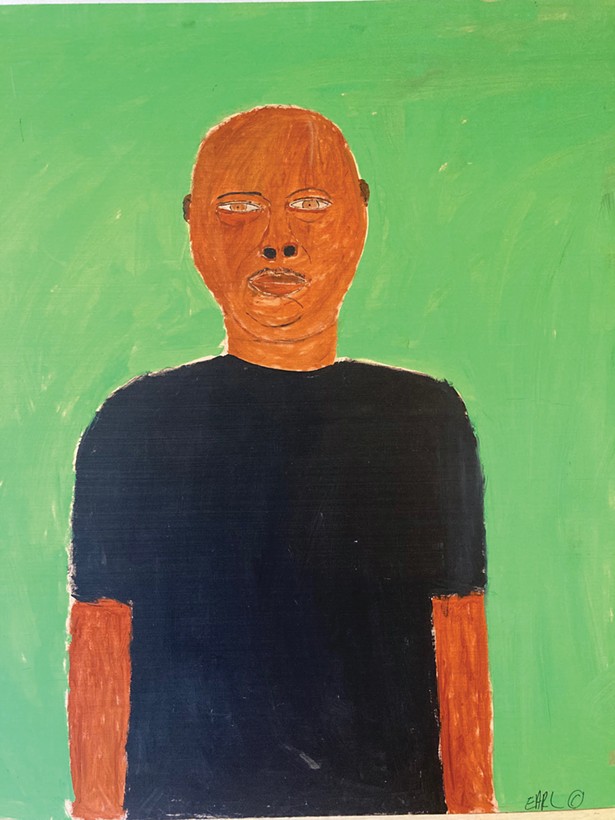 "The Earl Show" at Time and Space Limited

This posthumous retrospective of Earl Swanigan's work will inaugurate the cafe-cum-gallery at TSL in Hudson a year and a half after the artist's death. Swanigan's colorful, figurative outsider art is a beloved and common sight in Hudson shop windows and has been collected by art enthusiasts around the world. This show brings together paintings, window signs, furniture, and other work along with personal stories of Swanigan's interesting, idiosyncratic, and controversial life in the stripped-down and reimagined former cafe at TSL. Advance registration for tours required. September 5–October 4. 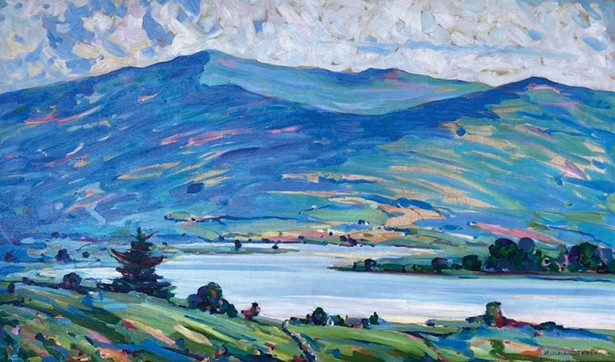 "Zulma Steele: Artist/Craftswoman" at Kleinert/James Center for the Arts

Born in 1881, Zulma Steele was one of the first residents of Byrdcliffe Colony and a founder of the Arts and Craft movement. Her progressive aesthetic helped shape the movement as well as the vibe at the arts colony. The show at the Kleinert/James Center includes a range of Steele's signature crafts, including ceramics, furniture, and furniture designs, as well as 20 paintings, works on paper, and some recently unearthed notebooks for a panoramic view into the creative process of the artist and artisan. Primarily focused on landscapes, Steele's paintings bring in elements of Impressionism, Tonalism, and later Cubism, as she turned her gaze to Hudson Valley sites like the Ashokan Reservoir. Through November 22.