by Brian Turk and Chronogram Staff

How to Disappear: Notes on Invisibility in a Time of Transparency

Modern lives get documented in detail, sometimes by choice, like when we post a selfie that took 11 attempts. Other times we don’t have much say in the matter, like when our faces become identified as we walk through the airport, or shopping habits tracked for us to become targets for ads. We crave recognition and ask others to validate our appearance, choices, purchases, triumphs, and losses via posts on social media. We throw our identity out there for the world to see, scrutinize, and subject. At the same time, we are trying just as hard to hide our identity from being hijacked.

Most of us live life very “out-front” and in public display. We aim to solidify a prominent place in the world by leaving our mark in the form of profile pictures and posts that require much deliberation. That comes with benefits, like being able to curate a collection of content that we feel represents who we are (or hope to be). It also comes with the inherent vulnerabilities associated with living out in the open. Akiko Busch’s collection of 11 essays, How to Disappear: Notes on Invisibility in a Time of Transparency, encourages us to step back and challenges us to entertain the notion of retreating into the shadows to embrace a sense of invisibility.

The topic of invisible childhood friends leads to how we interact with “friends” on social media. Examples of deep sea fish using deception and distraction to alter the way predators perceive them make us look inward to relate. Invisible ink is highlighted to show the power of making a statement without the entire world feeling the impact; and to prove that we can create, and exist, without having to necessarily always be on display. Busch also brings topics like virtual reality and augmented reality to the table, as well as the digital imprints that create our online identity, which is forever archived for the world to reference.

The topic of invisible childhood friends leads to how we interact with “friends” on social media. Examples of deep sea fish using deception and distraction to alter the way predators perceive them make us look inward to relate. Invisible ink is highlighted to show the power of making a statement without the entire world feeling the impact; and to prove that we can create, and exist, without having to necessarily always be on display. Busch also brings topics like virtual reality and augmented reality to the table, as well as the digital imprints that create our online identity, which is forever archived for the world to reference.

The author's technology-based examples of what invisibility means unearth the dark truth we all bury our heads in the sand over; it is nearly impossible to be unseen. The sociological, psychological, and ecological examples bring light to the subject. They attach value to the art of invisibility, encouraging us to asses our role on this bright stage that everyone in the world with an internet connection can view. 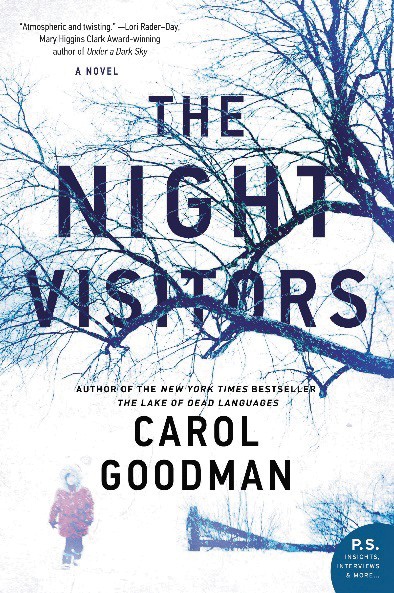 Based on her experience as a volunteer at a domestic abuse hotline, acclaimed author Goodman’s latest novel follows Alice, a mom fleeing the abusive father of her son. Desperate to find shelter and protect 10-year-old Oren, Alice calls the domestic abuse hotline for help. They send Mattie, a social worker, who brings Alice and Oren back to her house in the woods. Mattie immediately forms a connection with Oren, who reminds her of her little brother who died as a boy. As a snowstorm worsens, truths about both Alice and Mattie’s past are brought to light in this nailbiting gothic thriller.

Alison Gaylin’s psychological thriller brings readers a story of murder, deception, and family secrets. In a new genre of nested meta-fiction, Never Look Back tells the tale of a fictional podcast producer named Quentin Garrison, who is investigating the story of April Cooper and Gabriel LeRoy, teenaged murderers who killed dozens of people in Southern California’s Inland Empire in 1976. These murderers were rumored to have died in a fire, but after receiving a mysterious tip from a source, Garrison has reason to believe that Alison Cooper might still be alive. With one phone call, Garrison turns the life of New York film columnist Robin Diamond upside down when he suggests that her mother might be a mass murderer. *This book has not yet been released.

The year is 2049. A post-Trump America is living under Russian rule and civil war has broken out. Russian forces are occupying New York, and Valerie Kipplander, the daughter of the assassinated secretary of state and gifted culinary student, is taken out of jail and forced to cook for a Russian general. Torn between the primal drive for survival and patriotic loyalty, Valerie struggles with the risky decision of either joining the resistance or cooking for the troops that plan on insidiously destroying her beloved country. Boris’s dystopian novel offers powerful insight into the haunting what-ifs with her rich, detailed narrative of the despair, courage, and persistent creativity.

When Marabella Vinegar’s beloved neighbor Sam Lipschitz passes away, nobody, not even the NYPD, suspects foul play. After all, Sam was pushing 80 years old and had pre-existing heart problems. But Marabella refuses to accept that there was anything natural about his death; after all, Sam had greedy relatives and another neighbor, Rose, overheard an argument about his will. After Rose is mysteriously pushed down a flight of stairs, and the NYPD refuses to take Marbella’s mounting suspicion seriously, she sets about to solve Sam’s murder herself, with the help of her mother’s ghost. 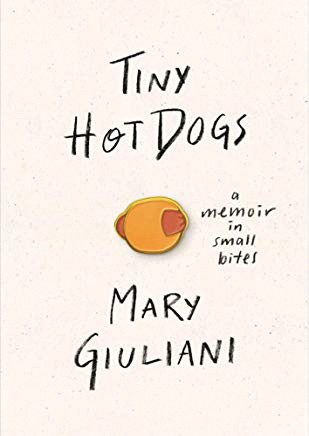 Dubbed by the media as “caterer to the stars,” Mary Giuliani’s childhood was anything but glamorous. A lone Italian-Catholic growing up in a Jewish neighborhood on Long Island, she wanted nothing more than a bat mitzvah and shining Broadway career. While her stage dreams did not materialize, as a charismatic and well-loved caterer, she has become the center of a never-ending party, mingling with the very crowd she hoped to be a part of. Tiny Hot Dogs mixes humorous anecdotes of growing up and sticking out, celebrity encounters, and the rocky road to motherhood; along with a handful of star-worthy party recipes. Giuliani will be at bluecashew Kitchen Homestead in Kingston on April 9 from 6-9pm for a book launch party with nibbles and cocktails. 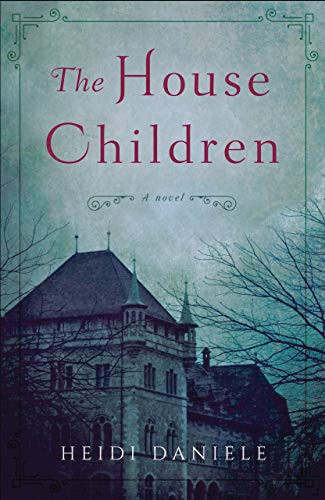 Two years before World War II breaks out, in a conservative Ireland, bastard child Mary Margaret Joyce spends her early years in an unloving foster home before being sentenced to an industrial school for unwanted girls. Given the name Peg and the number 27, Mary is indoctrinated into a rigid routine of prayer, work, and silence under the watchful eye of Sister Constance. After accidentally learning her birthmother’s identity, 13-year-old Mary grapples with abandonment, while her mother separately wrestles with guilt and shame. In her debut novel, Daniele elegantly blends her passions for history and genealogy with true events in a period story about familial love, shameful secrets, and self-determination.