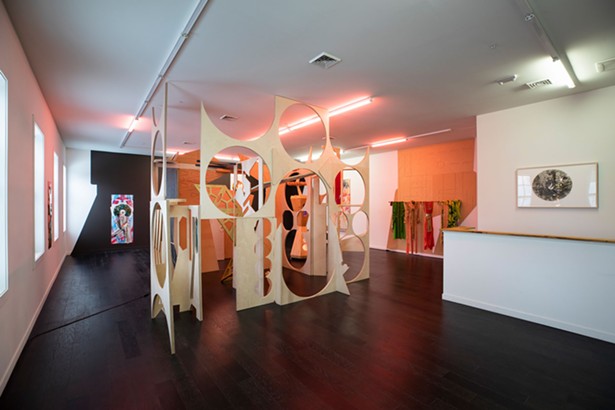 A couple of years back, Artsy published a list of curators who were “not only revealing the conditions and conversations driving artmaking, but also shaping the direction that art and culture will take in the future.” The article went on to say, “It is no coincidence that this list is relatively diverse and overwhelmingly female.”

Susana Torruella Leval, curator, writer, and Director Emerita of El Museo del Barrio, who has had a home in Woodstock since 1974 and is actively engaged in our local art community, notes, "It is my view that since the 1960s, as women gained more access to the art historical field, their numbers have caught up with those of men. Women's flexible collaborative processes of working have democratized the field and brought freer curatorial models and practices to the 21st century." Today’s innovative women gallerists are also making important contributions; expanding the role of the traditional gallery owner; helping to define what art is now and what it will be.

The trend described by Artsy in 2016 and confirmed by Leval is evident here in the Hudson Valley in 2019 where many of the curators and gallerists working to shape and make sense of our emerging art community are women. Here is a list of six women taste-makers in the Hudson Valley art scene.

Lombino has curatorial responsibility for a more than 19,000-piece collection spanning the history of art, including examples from all chronological periods and many cultures. At the beginning of her now 14 years at Lehman Loeb, she focused on photography, her speciality. More recently, she has been reaching out, embracing expansion of the boundaries of art beyond the museum’s walls, motivated by the belief that “everyone can be touched by a work of art seen in person.” 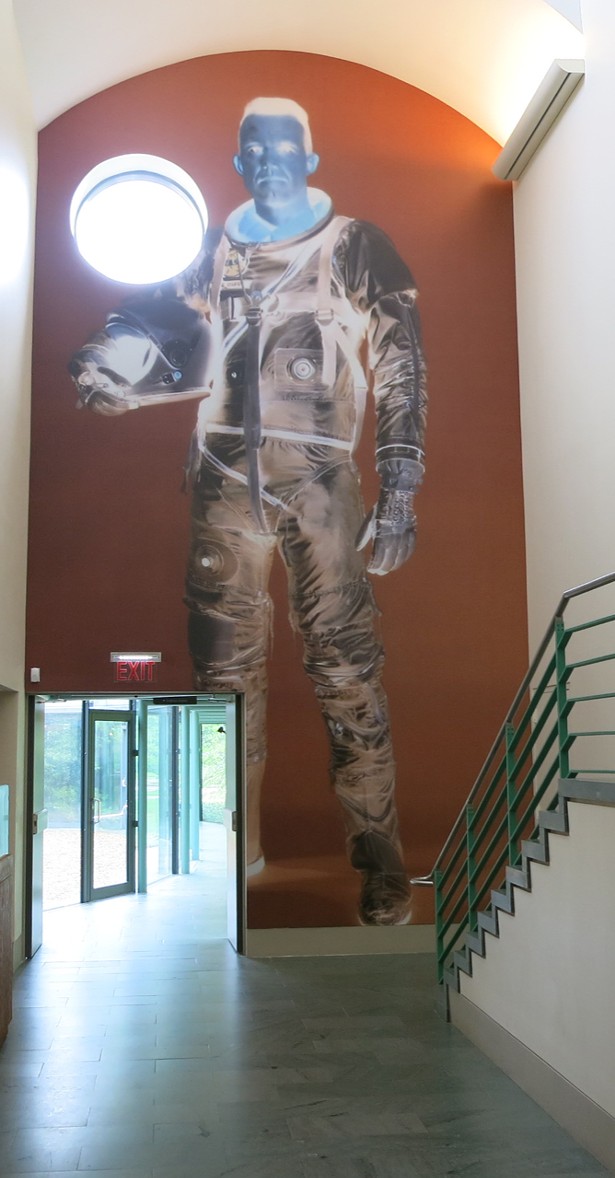 Lombino points to her exhibition “Touch the Sky” (2016), which probed humanity’s “collective desire for exploration beyond our planet,” as exemplary of her approach to curating. In the piece shown here, entitled Negative Space, photographer Mungo Thomson inverts his palette, shifting the deep blue of the cosmos to earthy orange. The outsized depiction of an astronaut whose image is literally cut through by a gallery exit door and a moon shaped window, extends an open-ended invitation to explore concepts of inner and outer space.

Related On the Cover: Thomas Ruff

On the Cover: Thomas Ruff
If you've stared at this month's cover shot and questioned your fourth-grade planet-naming abilities, don't. You were right—it is Saturn.
By Zan Strumfeld
Visual Art

Torres and Letcher have worked as a team since they met in 2010 at Famous Accountants, the Ridgewood, NY gallery that Letcher cofounded in 2009. Moving to Hudson in 2016, they have come to realize that they are “not actually city girls.” Running the small but always vibrant LABspace, the partners have found themselves at the center of an extended community a bit like the one they left behind in Brooklyn, characterized by a wealth of good artists, comradery, creative synergy, galleries, and art organizers. 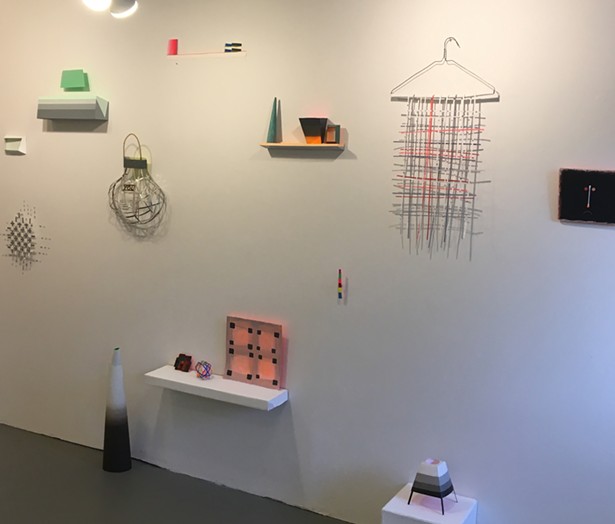 Choosing artists together, they look for work that is surprising, demands repeated looking, and rises to a level of accomplishment that defies easy categorization. While agreeing that their “newest show is always their favorite,” Torres and Letcher have a particular affinity for the homebrew of “HILLSDALE” an exhibition of artists from their “own backyard.”

With 250-plus exhibitions under her belt, Dodge has had galleries in Boston, the Lower East Side, and now in Hudson, where, lately, at her September Gallery she has been focusing more on group shows, making a point of incorporating artists who live and work upstate into her programming. 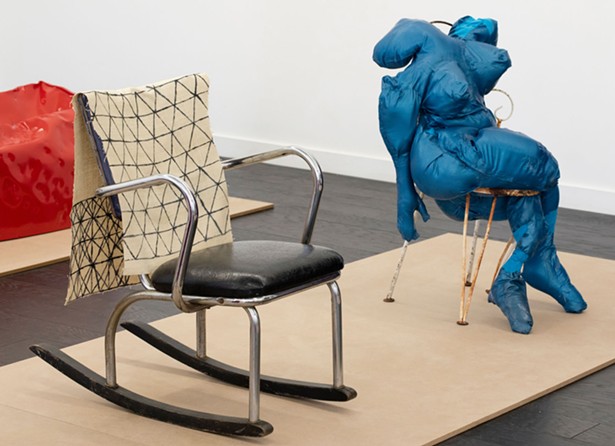 “My desire is to put together shows that excite, perplex, and reward,” Dodge says. “I don't think art should be told to sit pretty and be nice. Being an artist is risky and bold. I see it as my calling to make space for and to support creativity and difference.” Take “Sit-in” for example, an exhibition Dodge put together in 2018, where, as you can see in this installation view, the conceptual, the readymade, the abstract, and the figurative share a platform.

Mother Gallery was born from the “loss and madness” Oxoa experienced after the election of Donald Trump and quickly built a reputation as an important gallery in the Hudson Valley. She felt that her values were “under attack” and wanted “to give creative people a space and a voice.” 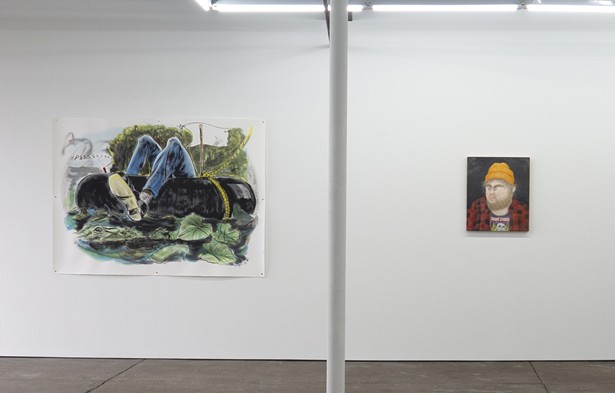 That said, the work she shows at Mother Gallery is not overtly political, for the most part, but rather subtly radical. She asks herself, “does this work bring light into the world,” instead of adding to the pervasive negativity that afflicts our time. Her exhibition “Neither Devils Nor Devines” featuring the work of Mark Thomas Gibson and Rebecca Morgan borrows its title from “A Brave and Startling Truth,” a poem by Maya Angelou that Oxoa says “flew into space on the Orion spacecraft.”

Bloodgood particularly enjoys the research aspect of her multifaceted role at Historic Huguenot Street in New Paltz, the mission of which is “to preserve a unique Hudson Valley Huguenot settlement and engage diverse audiences in the exploration of America’s multicultural past.” There are seven historic stone house museums on the site, and each has a story to tell, including that of John Hasbrouck who was born a slave and went on to become the first African-American to vote in New Paltz.

Bloodgood’s research hones her eye for the salient detail, which in turn informs her choices of documents and artifacts that make this narrative and many others come alive for contemporary visitors. Shown here is the interior of the "grote kamer" or great room at the Jean Hasbrouck House, built ca.1721. The furnishings support an interpretation focused in the late 18th century.