From July 12-14, for its 28th year, the Hudson Valley Hot-Air Balloon Festival will once again return to the Dutchess County Fairgrounds in Rhinebeck to fill the skies with beautifully colored hot-air balloons. In addition to balloon and helicopter rides, this family-favorite event offers hayrides, games, food, live music, adult and children’s activities, and much more. https://www.dcrcoc.org/balloonfesthv.org 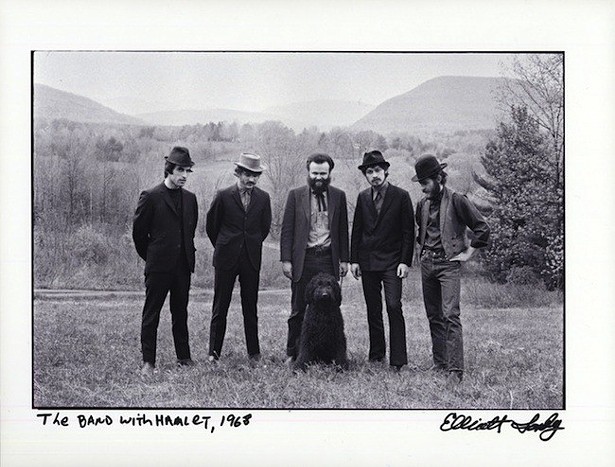 Woodstock resident Elliott Landy is responsible for some of the most iconic images in music history, and the lensman was at the Woodstock Festival in 1969 as the event’s official photographer. Opening on July 5 at Utopia Soundstage/Radio Woodstock in Bearsville is “Elliott Landy’s Woodstock Vision,” a half-hour musical film experience and photo exhibition focusing on Landy’s work at the landmark festival, which celebrates its 50th anniversary this year. The limited-engagement event will be open this summer for weekly showings, Thursdays through Sundays. https://www.facebook.com/events/638121913373410/?event_time_id=638121916706743

Manhattan’s doyen of Downtown in the 1980s and a star of that decade’s film Mondo New York, musician and cabaret performer Phoebe Legere is a Lower East Side legend. The lead singer and percussionist of popular Hudson Valley Afro-funk band Futu Futu, Joakim Lartey has performed with Natalie Merchant, Jack DeJohnette, Baba Olatunji, and others. On July 5 at 6:30pm, Legere and Lartey will present a free performance of their new “Tribal Roots of Rock, Jazz, and Blues Project” at Saugerties Reformed Church as part of its Saugerties Sunset Summer Series. https://www.saugertiesreformed.org/

In 1969, the Shaggs, a band made up of three musically challenged sisters from rural New Hampshire, recorded an album that would go on to become one of the biggest cult “outsider” records of all time. “The Shaggs: Philosophy of the World,” a new musical about the group written by Joy Gregory and Gunnar Madsen, will run for eight performances from July 11-21 at the Bridge Street Theater in Catskill. https://bridgest.org/


Settle into summer with this fun evening event in the historic Stockade District of Kingston. Stockade Nights features the neighborhood’s charming shops, trendy cocktail bars, and well-reviewed restaurants and bistros. Enjoy your old favorites and discover what new businesses have to offer!


Many of the Uptown establishments will have special discounts, treats, and surprises for customers and guests. Come rain or shine, the festivities pop off on July 5 at 5pm and continue until 9. Look out for future Stockade Nights events set for August 2, September 6, October 4, November 1, and December 6 and follow @stockade_nights on instagram for more information.

Founded in 2011 by genderqueer lesbian choreographer Katy Pyle, Ballez is a dance company that creates new story-ballets that update traditional storylines. On July 13 at 8pm at Mount Tremper Arts as part of its Watershed Laboratory, the troupe will present a preview of “Giselle of Loneliness.” The new work depicts the suffering of a queer Giselle that draws inspiration from the original romantic ballet, Nijinska’s 1924 ballet “Les Biches,” and Radclyffe Hall’s novel The Well of Loneliness. http://www.mounttremperarts.org/


To find out about more upcoming events in the Hudson Valley, subscribe to our weekly newsletter Eat. Play. Stay.