This second summer season at Lumberyard Center for Film and Performing Arts in Catskill offers "Quiet No More: A Choral Celebration of Stonewall" by the New York Gay Men's Chorus (July 6), "UnderScored" by Ephrat Asherie Dance (July 13), "Manmade Earth" by theatrical troupe 600 Highwaymen (July 20-21), "Treasure" by performance artist (and Taylor Mac costumer) Machine Dazzle (July 27-28), a new work by the ensemble Elevator Repair Service (August 10-11), "Reconstruction: Still Working But the Devil Might Be Inside" by the Team (August 17-18), and "On the Water" performed by the Bill T. Jones/Arnie Zane Company (August 31-September 1).

Cofounded in 1948 by choreographer George Balanchine, the New York City Ballet has made its summer home at the Saratoga Performing Arts Center since the 1960s. The company's 2019 SPAC residency leaps off with a tribute to Balanchine and Tchaikovsky (July 16, 18) and follows with an evening of premieres of works by 21st-century choreographers that includes a new creation by Justin Peck with a score by singer-songwriter Sufjan Stevens (July 17). Revisited this year is the comedic ballet "Coppelia," which debuted at SPAC in 1974 (July 18-20). The NYCB's SPAC season closes with a gala and performance of Balanchine's "Apollo" (July 20).

For three dates only during Bard College's annual SummerScape spectacular, this collaboration at the Fisher Center for the Performing Arts' Sosnoff Theater between the acclaimed choreographer Richard K. Brown and the dance company Evidence will present two arresting works. Making its world premiere is the SummerScape-commissioned "Mercy," which features music composed by rock and soul great Meshell Ndegeocello, who will accompany the performance live. Up first each night is a newly interpreted version of Brown's 1999 masterwork "Grace" that encompasses live music by celebrated R&B artist Peven Everett. 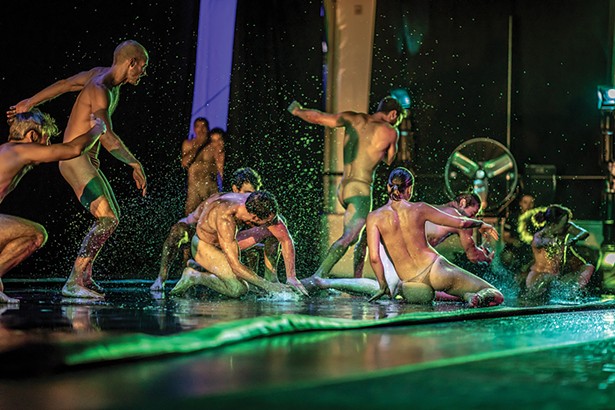 The venerated Pilobolus dance company's name, in case you've ever wondered, comes from that of a phototropic fungus that cofounder Jonathan Wolken's father was studying at the time of the organization's 1971 inception. For three weekends every summer, the ever-mushrooming company sponsors its Five Senses Festival near its Washington Depot, Connecticut, headquarters. In response to the growing need for sensory and community connection, the fete features world-class performances, interactive art, local food, and activities for all ages and offers attendees the opportunity to engage with artists, speakers, writers, musicians, foodies, performers, scientists, and more.