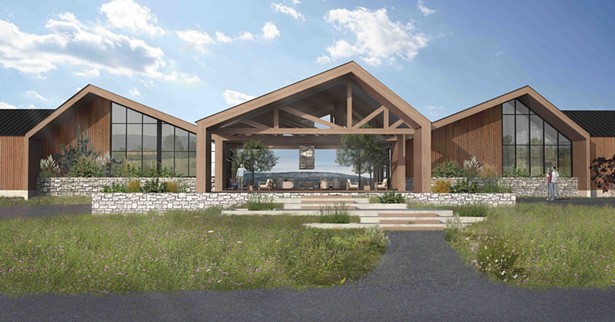 In December 2018, popular vacation rental site Airbnb listed the Catskills and Hudson Valley region as one of its top 19 “trending destinations” for 2019, revealing that bookings for the region were up 100 percent year-over-year and searches up 130 percent.


And that's just owner-rented accommodations—demand for lodging is outpacing supply on all fronts from B&Bs to hotels as ecotourism, the farm-to-table and craft beer movements, and the Great Brooklyn Exodus continue to drive people upstate. The high demand makes this a prime place for smart developers to site their state-of-the-art resort projects. But they also will need to bring patience and flexibility along with the capital investment, as the local communities are vocal and vehement about protecting their backyards. Even the most carefully laid plans typically take a couple of years and a couple of revisions in the permitting process. It’s how we roll.

That said, several plans are moving forward at the moment. Approved projects tend to lean toward the ecologically conscious side of things, due in large part to the extensive review process, with its careful consideration of habitat preservation, noise levels, traffic, and scale. Here is a look at six Hudson Valley resort projects moving forward and planning to welcome guests in the foreseeable future. 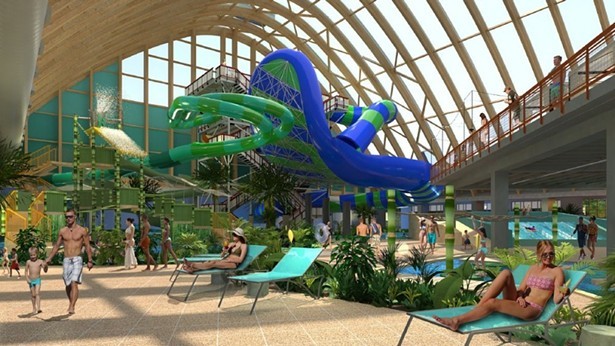 Opening this March in Monticello, the Kartrite Resort and Indoor Waterpark will combine the largest indoor waterpark in the state with 324 luxury guest suites, plus an onsite arcarde and bowling alley. The Kartrite is being opened by Ken Ellis and Arthur Berry III, the team behind Camelback Resort & Aquatopia Indoor Waterpark in the Poconos. The two-acre waterpark in Monticello will feature European-inspired column-free construction and a transparent, eco-friendly Texlon roof that will allow for summery weather all yearround. Some space will be made available to day-use guests. 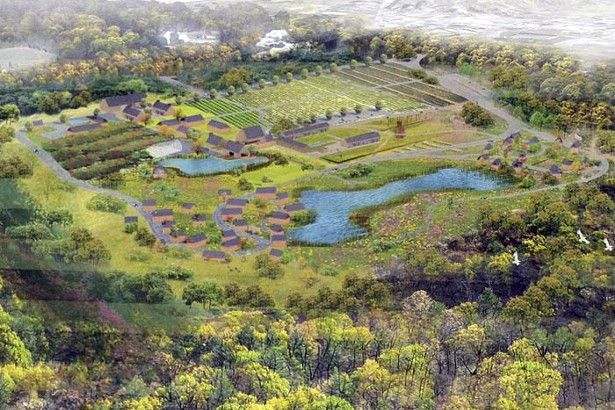 The Wyldwyck River Camp, recently given a conditional green light in Saugerties, is billed as “a new paradigm for the fast-growing experiential tourism market.” The resort’s name is a homage to Kingston’s Dutch-era Wiltwyck, or “Wild District.” Plans for the 82-acre riverfront property include farming, horseback riding stable, trails, and artists’ studios along with a 120-seat farm-to-table restaurant and 72 guest rooms spread throughout the various cabins. The restaurant will be open to the public, and developers plan to offer some type of day-use access to other features as well.

Planned for 141 acres on a one-time timber farm alongside the Shawangunk Kill in Gardiner, Heartwood is envisioned as a “wellness oriented” eco-resort featuring 70-room boutique hotel, spa, farm, and restaurant. Developers Phillip and Kristin Rappaport hope to appeal to climbers and hikers headed to the Gunks with spaces are designed to blend seamlessly with nature., and plan to minimize heavy equipment, build net-zero energy structures, and comply with dark-skies regulations. 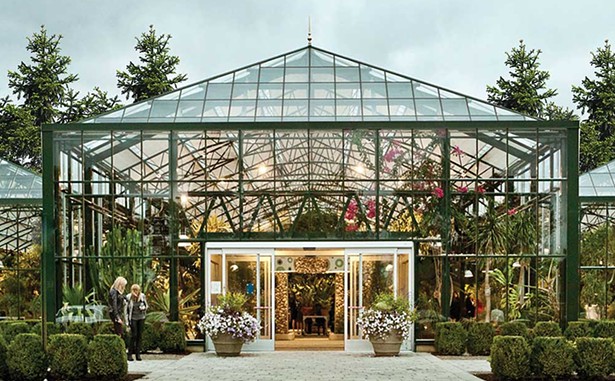 Developer Steve Turk, owner of Rocking Horse Ranch and SplashDown Water Park, originally envisioned a $75 million water park for his 57 acres in New Paltz. Community input ensued, and Turk downsized and adapted his plan. The emergent Wildberry Lodge and Spa will welcome visitors to a butterfly conservatory, botanical garden, mineral spring, full-service spa, fitness center, restaurant, multiple event spaces, outdoor amphitheatre for 500 and “Treehouse Canopy” feature with zipline and ropes course, with everything except the 90 guest rooms available to day use guests. Completion is expected by 2022. 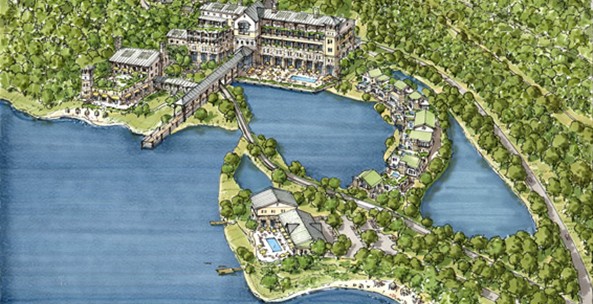 The Williams Lake Project, which bills itself as a "sustainable redevelopment of the Williams Lake Resort Community," has been underway for several years. In 2018, the town of Rosendale approved the construction of 78 townhouses, 34 detached homes, and 8 workforce units. Situated on nearly 800 acres, the lakefront project is enacting the highest sustainability standards to facilitate a "retreat-to-nature lifestyle." The property will include an extensive trail network, outdoor recreation programming, and a LEED-certified spa and fitness center. A mile and a half of the Wallkill Valley Rail Trail runs through the Williams Lake property, allowing both local residents and guests to bike or walk through the resort.

And finally, a Catskills resort development saga that has outlived its original developer. The proposed Belleayre Resort at Catskill Park had been “on the table” in one form or another for nearly two decades when the opposition lost its final court appeal in September 2018. Plans include a five-star, 120-unit spa resort, a family-friendly hotel, a Wilderness Activity Center and an organically maintained championship 18-hole golf course open to the public, half the size of what Crossroads Ventures had intended prior to an Agreement in Principle signed in 2007. Crossroads founder Dean Gitter, who’d stepped aside two years earlier, passed away less than two months after the decision was announced.

A Test Case for Development in the Hudson Valley