10 Hudson Valley Podcasts You Should Be Listening To

The Hudson Valley has long been the home of and inspiration to great art, music, writing and other forms of expression, so it should come as no surprise that its residents have embraced the popular digital news, culture and storytelling medium of podcasting. Podcasts cover an infinite range of topics from science to history to news, transporting the listener to worlds both new and familiar. If you’re interested in listening to something new and locally grown, here are 10 of the best Hudson Valley-based podcasts.

"Describing a Rock," a.k.a., the one about so much more than rocks

Milo Axelrod is a local graphic designer focusing on web design and development. They are also an artist, though with a caveat: “I don’t do art professionally,” they say.

One art project that’s taken off to the point where that caveat may be in peril is "Describing a Rock," a gentle, curiously mesmeric podcast that does more than what it says on the tin.

“I’m always doing art of some type, and this podcast is art,” Axelrod says. “I see art as something I have to produce to express myself in the world. I don’t have a choice. It just happens.”

"Describing a Rock" has been around since February. While including the physical description of specific rocks, the eight episodes also follow the unique channels or pores on a journey. In an episode entitled “Coarse limestones, Full of holes,” Axelrod recounts finding the rock on a remote Bermudan island accessible only by boat, going on to describe the geology and geography of Bermuda and how it not only created that single piece of limestone, but also informs how its people live. Episodes are soundtracked by the sparsely soothing music of Podington Bear, and are narrated by Axelrod with a winning combination of mild enthusiasm and an effective, though admittedly cursory, grasp of geology.

"Describing a Rock" was featured in April as one of Apple’s New & Noteworthy Podcasts, picking up many new listeners along the way. But despite having been suddenly thrust into the spotlight, Axelrod isn’t changing the podcast, instead sticking firmly to its inspiration, the opening line of William Blake’s Auguries of Innocence: “To see a world in a grain of sand…”

“I really like that,” said Axelrod. “Everything is what it is, but at the same time it’s also what it isn’t. That’s kind of how I see the world. Rocks are this incredibly simple, approachable thing. I like them better than animals because they don’t move around. They sit still while I watch them for days and days. You can really get to the heart of them in five minutes.”

Listen to "Describing a Rock" here.

"Welcome to Night Vale," a.k.a. the one that poses as a local radio show for a fictional desert town

This twice-monthly mind-bending, genre-warping fictional podcast styles itself as a local radio show for the desert town of Night Vale, "where every conspiracy theory is true." The show features segments like local weather, news, announcements from the Sheriff's Secret Police, mysterious lights in the night sky, dark hooded figures with unknowable powers, and cultural events. Unlike most podcasts, "Night Vale," is more like a play for radio than a talk show, featuring a host of characters and co-writers.

The quirky, fun show, which has over 100 episodes, reached the #1 international podcast slot in 2016. Co-creators Joseph Fink and Jeffrey Cranor (a Hudson Valley resident) have also co-authored a New York Times-bestselling novel by the same name. If you haven't heard of Night Vale, welcome. Listen now.

"One Million Stringbeans," a.k.a., the Ric Orlando Show

Chef Ric Orlando is well known throughout the region as much for his rock 'n' roll take on global cuisine as for his personality, every bit as bold and intoxicating as his pan-blackened string beans. Though he closed his celebrated restaurant New World Home Cooking in Saugerties this past April, the New World Bistro Bar in Albany remains open and popular.

Orlando has also continued branching out into other cultural corners, including "One Million Stringbeans," which combines stories, music, and recipes into what feels like a condensed version of Orlando himself. Orlando isn’t afraid of tackling issues of global concern, including pollution and kitchen inequities, alongside stories about his “Nonnies” (“grandmothers” to those of us who didn’t grow up in Italian families). Listen to "One Million String Beans" here.

Cidiot, a.k.a., the one about moving from the Big Apple to the Hudson Valley 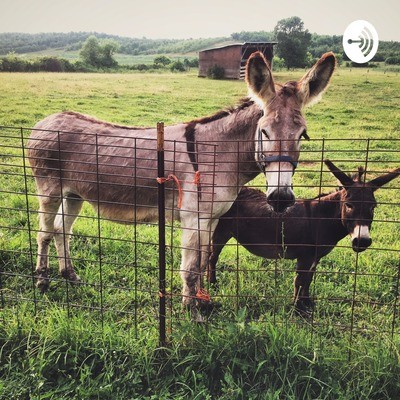 The migration of over-it city-dwellers to the easy living of the country is as old as time, and locally extends much further back than when Bob Dylan famously decamped to the Hudson Valley in the mid-‘60s.

But as Mat Zucker and his husband found, "easy living" in the country is a lot harder than it looks. While that experience is nothing new, Zucker’s podcast "Cidiot" (subtitled “Learning to live and love life in the Hudson Valley”), in its vivid telling of stories that made the newly relocated couple feel totally out of their depth, seeks to bring those experiences out in the open, as much to inform as entertain.

A recent Halloween-appropriate episode entitled “Scary Hudson Valley” establishes a Hitchcockian vibe before explaining that the terror comes not from a murderer, but from quixotically failing plumbing. Listen to "Cidiot."

"Le Vital Corps Salon," a.k.a., the one about modern women kicking ass and avoiding burnout

The longest-running podcast on the list, Kara Martin Snyder’s celebration of modern women navigating through obstacles and keeping positive has been doing its thing for two years and over fifty episodes. "Le Vital Corps Salon" shows no signs of slowing down, and that’s good news for anyone who might appreciate candid conversations between accomplished women about how, like the podcast itself, they keep moving forward. Snyder is a health and lifestyle strategist, bringing her professional perspective to her podcast with aplomb (and the occasional F-bomb). Listen to "Le Vital Corps Salon."

"Hi-Phi Nation," a.k.a., the one that takes a story-based approach to history and philosophy 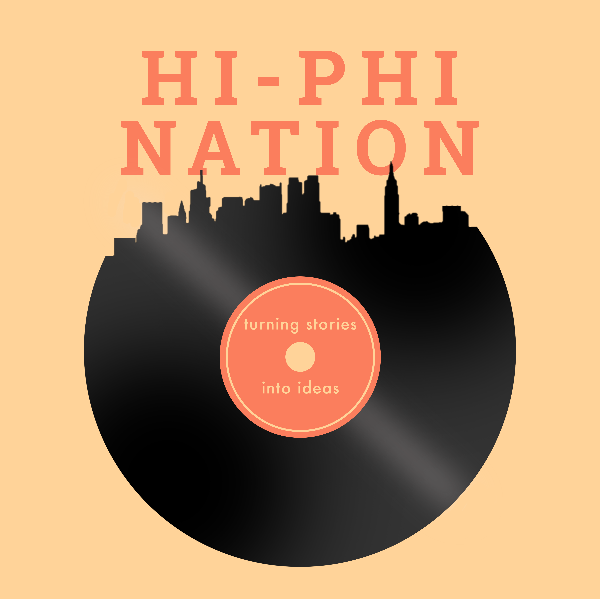 Dubbed “a show about philosophy that turns stories into ideas,” Hi-Phi Nation was created by Barry Lam, an Associate Professor of Philosophy at Vassar College and the ideal host of a series that seems familiar in its story-based interviews-and-narrative structure, but it’s in its efforts to view the world through a philosophical lens that it truly stands out. The approach is as successful in considering recent world events as timeless philosophical conundrums, and its NPR-esque pacing and tone are a good fit. Listen to Hi-Phi Nation.


"Cook Pod," a.k.a., the one where Peter Barett interviews local culinary creators
Chronogram alum Peter Barett is a food writer and photographer with a lot of foodie friends. On this podcast he interviews them to discuss their motivations behind each of their culinary expeditions, and well as their plans dreams for the future. From professional chefs to wild plant experts and food stylists, Barrett explores the corners of the Hudson Valley's culinary world to find the most interesting subjects with incredible stories. Listen to Cook Pod.

"The TMI Project," a.k.a., the one that gives a voice to the voiceless
A long term project that has been in the making for 10 years, the TMI Project is a quarterly podcast that gives a platform for those who are often represented in the mainstream to share their stories. It focus on the important issues of our time: social justice, human rights, culture, and most importantly, the art of storytelling. The often humorous monologues featured on this podcasts tell tales of resilience, survival, and the power of the human connection. Listen to The TMI Project.

"Kaatscast," a.k.a., the one that covers the arts, culture, and history of the Catskill region
Did you know that the Hudson Valley is a popular spot for Hollywood film sets, or that a werewolf movie was filmed at a local B&B? How about the fact that this region used to have the climate of a Caribbean island? You would if you listened to Kaatscast, a biweekly podcast that has everything that you didn't realize you needed to know about the Hudson Valley. Listen to Kaatscast.