6 Books to Devour in October 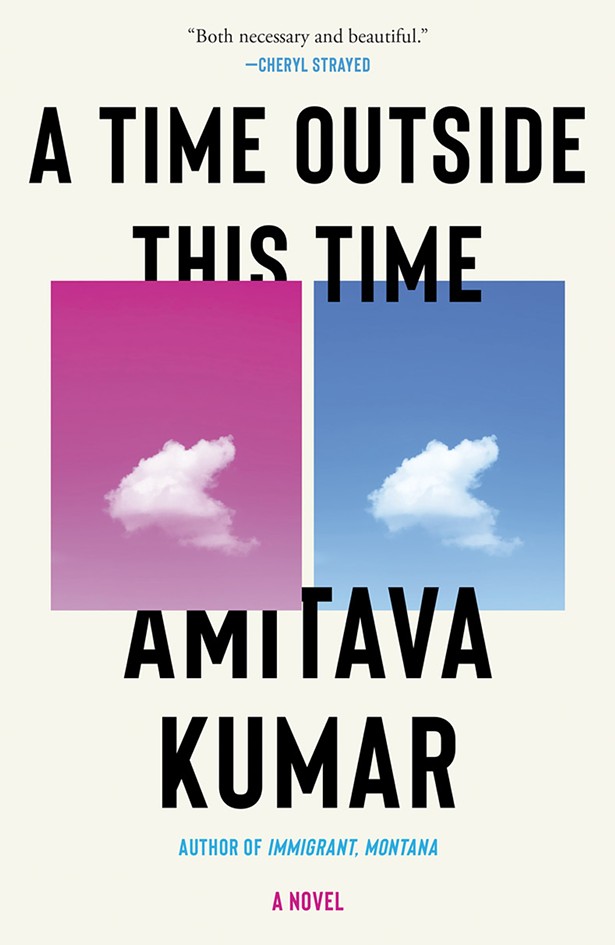 A Time Outside This Time

The narrator of Amitava Kumar’s latest novel is Satya, whom we meet in the midst of a writing retreat in the Italian countryside as a novel virus is beginning to make headlines across the globe. Like Kumar, Satya is a transplanted Indian-born writer who has written extensively about the immigrant experience while living in America. (“I told Ravi Shankar that with each passing year I felt more out of touch with my birthplace. I found this distance from India intolerable. And then, in recent days, after Trump’s election, I had discovered with a new force that I didn’t belong in the United States either.”)

Like Kumar, who teaches at Vassar College, Satya is an instructor at an elite college in the Hudson Valley. Like Kumar, who wrote an arresting critique of the US’s antiterrorism campaign post-9/11 (A Foreigner Carrying in the Crook of His Arm a Tiny Bomb), Satya has also written a nonfiction book on terrorism, Evidence of Suspicion. And like Kumar (I’m making an educated guess here), Satya is “obsessed with news” since the election of Donald Trump.

Satya is working on a novel that’s a hodgepodge of scientific experiments, newspaper clippings, relationship commentary, and accounts from daily life—he calls “a report from the world of #fakenews.” Reading A Time Outside This Time is like looking over Satya’s shoulder as he’s writing his thesis on lies—how they are spread and how we are taken in by them. There’s inclusion of a wide-ranging grab bag of research and anecdote: Harry Harlow’s isolation experiments on baby monkeys; Marina Abramovic’s infamous Rhythm 0

The question Satya’s book seeks to answer is: “Who among your neighbors will look the other way when a figure of authority comes to your door and puts a boot in your face?” Ultimately, Satya links state brutality to lies employed as a form of control by lea﻿ders over their followers. (This is no spoiler, believe me.) And, no surprise, he is reading George Orwell’s 1984

The book takes its title from a remembrance of a monsoon during Satya’s childhood that neatly captures the trapped feeling many of us had during the interminable shit storm of lies that was the Trump presidency. After it had rained for three days, the child couldn’t recall a world that wasn’t soaked to its skin. Kumar’s incisive prose is worth quoting at length:

“Only rain was permanent. You could do nothing but wait. I’m saying all this because that is exactly what has happened to us politically. We cannot imagine—I cannot imagine, sometimes—a time outside this time. The people who are in power must also be deluded enough to believe this. They must think that their power is eternal. That they will sit on the throne forever. And it is this though that is their failing, because it condemns them to missteps and error. Stay alert. You will hear the rain stop and the wind shift. The powerful will not be waiting for it but that moment will come. It will mark the beginning of their doom, their end.”

Kumar’s book is a brilliant and dark reflection of our times. At the end of the novel, when a former student asks Satya to write a true sentence, it’s not quite a “cry of depthless despair,” but it’s not a story you would tell a child at bedtime either.

On October 7, at 7pm, in an event sponsored by Oblong Books, Amitava Kumar will engage in a virtual discussion with David Means. Oblongbooks.com

The Ghostly Tales of Sleepy Hollow

Adapted by Jessa Dean, this middle-grade rendition of Legends and Lore of Sleepy Hollow, written by Westchester County resident Jonathan Kruk, tells the story of some of the Hudson Valley’s most famous ghosts. The illustrated book recounts a myriad of hau﻿nted stories, proving that Sleepy Hollow can be a spooky place to be while also detailing the life of Washington Irving, author of The Legend of Sleepy Hollow. Part of Arcadia Children’s Spooky America series, stories of the Headless Horseman, Ichabod, the Women in White, and more weave together to both scare readers and offer a glimpse of Colonial life in the region.

All Roads Lead to Ram 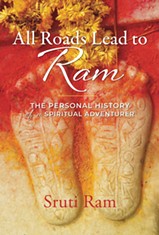 Woodstock resident Sruti Ram recounts his journey as a kirtan singer and spiritual teacher and more in this partly adventurous, partly spiritual memoir. Published following Ram’s death from COVID-19, it crafts a story of mystical elements, detailing how he left his job as a New York City hair stylist to explore divination after getting a mantra from Yogi Dinkar. Each chapter concludes with a sutra, a lesson typically found in Hindu and Buddhist practices, written by Ram. Subtitled “The Personal History of a Spiritual Adventurer,” Ram imparts his Hindu teachings while sharing his international journey.

The Gift of Glossophobia

Mary Louise Kiernan, Hudson Valley resident and member of the Woodstock Poetry Society, releases her debut poetry collection. Aptly named “The Gift of Glossophobia,” the poems touch on the narrator’s fear of public speaking, illustrating various points of her life. Broken into three sections: “Love [Slash] Anti-Love,” “Riptide,” and “Glossophobia,” Kiernan paints vignettes of one person’s relationships, successes and difficulties with love, tumultuous moments and opportunities missed out of fear of speaking her mind. Kiernan touches on family ties, self discovery, and the magic of everyday events in this anthology.

Dr. Ivan Godfrey, assistant professor in the department of criminal justice and human services at SUNY Ulster, reflects on his experience as a corrections officer in New York, working in facilities including the infamous Sing Sing Prison. Godfrey writes about trying to support his family while working in correctional facilities that housed inmates he knew from growing up in the South Bronx. Blending his academic background with real-world experience, Godfrey recounts the difficult task of trying to advance his career while facing racial barriers.

Written by Barbara Ballinger, Hudson Valley resident, and Margaret Crane, this book offers advice for those entering the beginning of their golden years. The pair humorously covers a range of topics, including managing finances and retirement, dating, and maintaining a social life (funerals are a surprising place to make friends), and handling children and grandchildren. Using personal experiences and views of experts, Ballinger and Crane offer practical solutions for some of the expected and surprising hurdles that come with aging, all with a focus on maintaining a sense of youthful joy.