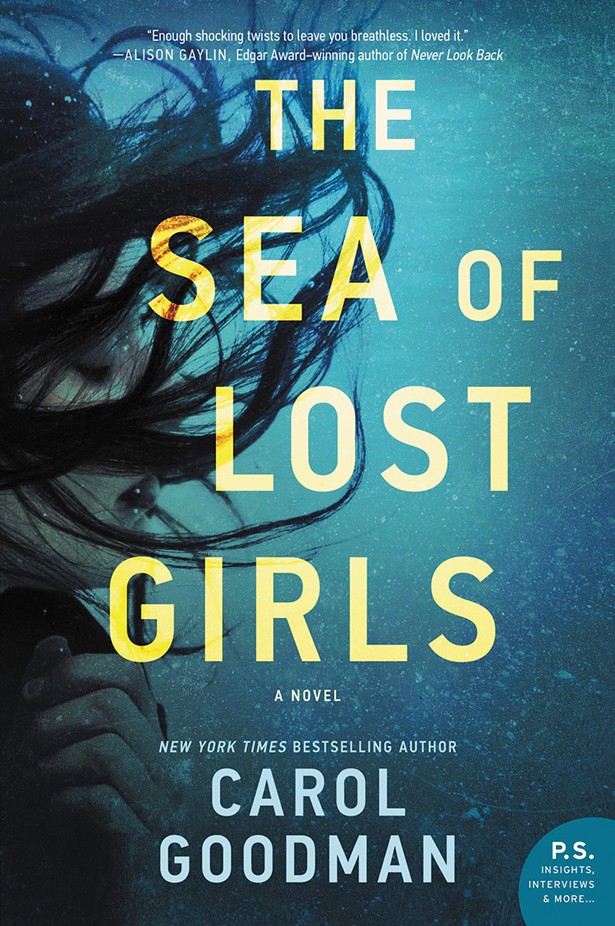 The Sea of Lost Girls

The ordeal begins with a text exchange in the middle of the night. "Mom?" "I'm here." "Come get me." Enough, all parents know, to set your pulse thumping. Tess is immediately on her way, out the door with a hoodie for her teen son Rudy and a head full of questions, into her Subaru Forester to drive a coastal highway to a place steeped in dark traditions.

Tess teaches Hawthorne and Vonnegut at Haywood, her alma mater, which was once a Refuge for Wayward Girls and is now a seemingly high-minded coed boarding academy. After returning to Haywood as a single mom, she's done well: She has her teaching certificate and respectable professor husband, Harmon, with whom she lives in a stately domain of antiques and pastel tones. Her son's a senior whose erratic ways seem to have leveled off now that he's keeping company with lovely Lila Zeller.

The fault lines in this picture are swiftly shaking and breaking the next morning with the news that Lila has been found dead. The detective on the case has a few questions for Harmon and a few for Rudy. As anyone might, Tess first finds it beyond belief that either of the men she loves had any role in Lila's demise. But how much can she trust her own instincts? Tess has secrets she hasn't faced, and as things unfold, she is far from the only one.

The setting smells of salt marshes and pine forest breeze. There is the Maiden Stone, wreathed in unsettling legend, and Maiden Island, which you can only reach at low tide. The Maine forest and ivied campus envelop everything in a dismal, salty hush—we see all the petty politics and butt-covering of an isolated batch of brighter-than-average and status-conscious people thrown into overdrive by a tragedy that, it turns out, is just the latest chapter in a long series of awful things happening to young girls.

Why did Lila die, and at whose hand? What is the connection, if any, between the fate of this bright young rebel and the horrors that befell various wayward girls? As unhealed trauma tends to do, the secrets Tess herself is keeping skew her perceptions as she pursues the truth, determined and terrified at the same time.

In laying before us a tale that piles layers of lies atop decades of tragedies, Carol Goodman dissects the interactions of men and women, money and power and status, in ways that elucidate today's (and sadly, probably tomorrow's) headlines. Yet she's far too much of a writer to let a novel become a political rant—these people are real people, not oversimplified villains and victims, albeit they're all a little nuts.

New York Times-bestselling author and Mary Higgins Clark Award winner Goodman is deliciously expert at peeling back the layers of upright, uptight respectability we wrap around academia and adulthood, at creating flawed but admirable heroines. The Sea of Lost Girls may be her best book yet.

In a transformative piece of creative nonfiction, Beth Robbins explores the grief that she experiences after the unexpected death of her husband in a car accident. Taking the form of a hero's journey, she remembers the tender moments she had with her late husband and holds fictional conversations with long deceased literary giants like Keats, Whitman, Melville, and Dickinson to find that they also had similar experiences with overwhelming tragedy. Through these writers, Robbins finds that her grief has exposed her to a whole new world, and that ultimately that grief can be transformed into hopefulness and love.

The Feminist Handbook: Practical Tools to Resist Sexism and Dismantle the Patriarchy

Have you ever wondered what it would take to smash the patriarchy? Studies have found that the negative effects of sexism have contributed to higher levels of anxiety and depression in women and girls, as well as eating disorders and sleeping problems. Dr. Joanne L. Bagshaw is a professor of psychology and women's studies at Montgomery College and author of the popular blog The Third Wave for Psychology Today. Her intersectional handbook champions the #MeToo movement as well as the equal pay movement, and will teach you how to fight discrimination, improve self-confidence, and create significant change. 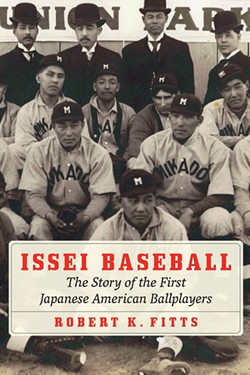 Issei Baseball: The Story of the First Japanese American Ballplayers

Fitts's new book details the Japanese immigrants who came to the United States and started a new amatuer baseball league in Los Angeles. Pioneers like Harry Saisho, Ken Kitsuse, Tom Uyeda, Tozan Masko, and Kiichi Suzuki played games across the country that drew crowds of thousands and dismantled stereotypes as the team gained the respect of their opponents and fans. Telling the story of the beginning years of Japanese American baseball, this book focuses on the stories of the first amateur and professional Japanese baseball clubs in the US that took the country by storm.

Thinking Like a Boss: Uncover and Overcome the Lies Holding You Back from Success

Are you a woman trying to get your business idea off the ground but being held back by your own self-doubt? Business coach and therapist Kate Crocco is trying to help women strengthen their business skills by tackling 12 beliefs commonly held by women who feel that they don't have what it takes to start their own business. This book has plenty of inspiring true stories and useful tips to help you overcome your inner critic and break into the business world. 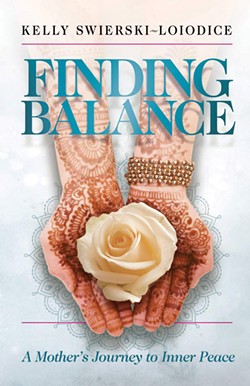 When Middletown resident Kelly Swierski Loiodice was in her `20s, the only thing that mattered to her was spending happy hour with her friends and her boyfriend Jim. Then Swierski Loiodice became a mother and everything changed. Balancing her career, her marriage to Jim, and her own spirituality while navigating motherhood was proving to be harder than she thought. Realizing that she was in desperate need of some guidance, Swierski Loiodice set off to India, a place that she had never been to before, to consult psychics, yogis, and a guru to help her restore her sense of inner peace, save her marriage, and change her life forever.