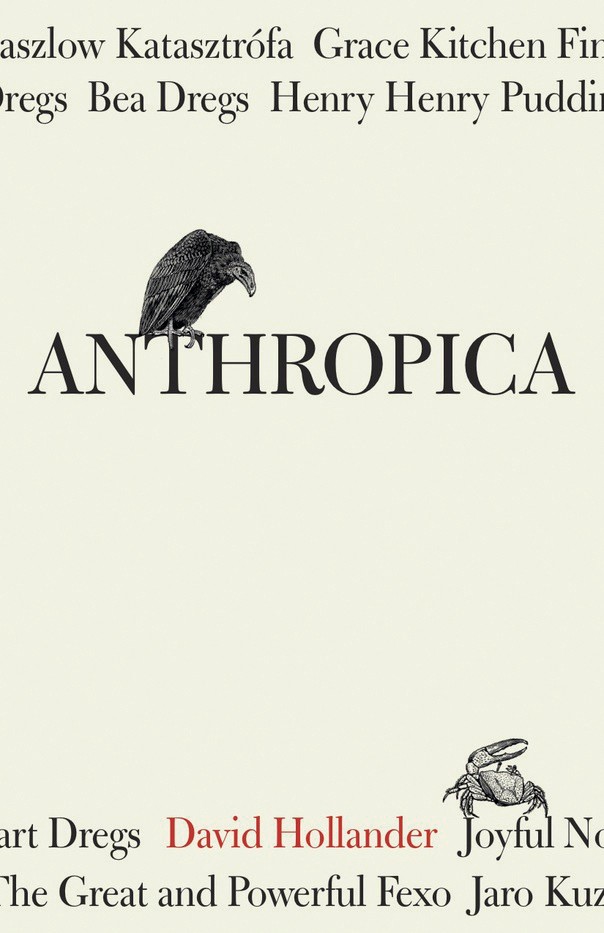 Reading David Hollander's new novel Anthropica is like trying to put together a puzzle with pieces from several boxes: challenging, perplexing, and, ultimately, deeply satisfying. The book—which defies structure, mixes forms, and bends genre—explores the paradox of existence. In the novel, the universe's survival hinges on the Anthropica Theory, which is the idea that the world (past, present, and future) only exists because of human desire. To put it another way: The world is here because we want it to be. And if human desire is what keeps the world spinning, what would it take to tear it apart?

In Anthropica, a rag-tag group of passionate believers called Exit Strategy decide to find out. Led by Laszlow Katasztrofa, Exit Strategy believes humans are a "virus" draining the world of its beauty and resources without remorse. Humanity is a problem to fix, and Laszlow believes he's found the solution—ironically, in other people. Those people include Grace Kitchen, a failing author who wrote Human Be Gone! (Exit Strategy's adopted manifesto); Stuart Dregg, the scientist who discovers the Anthropica Theory; Finn Daily, an Ultimate Frisbee-playing grad student; Henry, a philosophy professor whose mind gets stronger as his body succumbs to ALS; and Laszlow's legion of devoted followers. Over the course of the novel, this tapestry of characters and many others (including brains in jars and super-intelligent murderous robots) come together to help Laszlow reach his goal of destroying the world.

While much of the book focuses on a plot to wipe humans off the face of the earth, it's also about academia and exploding sperm banks and chicken-fried vulture and the slow burn of falling in (and out) of love. Anthropica's plot has subplots and those subplots have sub-subplots. About everything and nothing, the novel is full of joy, humor, and existential wonder. At one point, Grace, who has been taking care of her dying father, thinks about how she's waiting for "his disease to kill him, or for Laszlow to bring the world to an end, or for tenure." It's a pitch-perfect example of the dark humor that permeates—and elevates—the novel.

In addition to being about the impossibility of endless human consumption, Hollander's novel is also about construction: of our lives, the world, and the book itself. Meta from the jump, Anthropica's title page features the subtitle Human Be Gone! and three crossed-out author names above David Hollander's. Throughout the novel, each of those people or entities seem like they're constructing this novel. In the playful and level-setting prologue, Joyful Noise, a God-like character, explains that this book is "self-generating and self-perpetuating and formed of the same bits of matter" as the world. The tension between creation and destruction serves as the novel's through line.

Clocking in at nearly 500 pages, Anthropica demands rereading but, more importantly, rewards it. Hollander, a Cold Spring resident who teaches at Sarah Lawrence College, is a skilled and confident writer who litters allusions and connections throughout the text. Anthropica is a distinctive book that feels as vast and complicated and dizzying as the universe it concerns itself with.

UK native turned Hudson Valley resident Stephanie Davies reminisces on her own coming of age story as a young girl. All she wants to do is dress like the boys, play sports, and fight apartheid in South Africa—which doesn't make her life easy in rural England. When she hears of a group of lesbians, mothers, punk rockers, and activists trying to stand their ground and protest nuclear war outside of a US military base, Davies decides to answer the call. Embarking on an adventure that would inevitably change her life, Davies finds love, breaks the law, and finds her voice along the way. 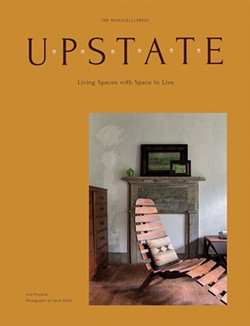 "For Lisa Przystup and her book “Upstate,” with photographs by Sarah Elliott, “upstate” translates to “inside” as nearly all of the luxurious full page images in this gift-sized book are interiors of homes mainly in the Catskill region—even most of the window views tend to be blown out so as not to distract from the furnishings inside. White is definitely a theme here, with walls, ceilings, trim, and even floors all painted in gallery-like pale tones, which turns all of the furniture into objects to be considered as art. The book's more colorful homes in Tannersville, Ghent, and Claryville stand out in stark contrast. There's not a person or pet included in any of the images, and the lack of any relationship to the wonders of the natural world waiting just outside takes away from the passionate stories of the families who created these eclectic, showroom-style homes. But with the continuing exodus of city dwellers to "Upstate," this book may come in handy for those seeking inspiration for their own new interiors.

The Next Great Jane

K. L. Going, a teacher at the Homestead School in Glen Spey, is best known for her 2003 YA novel, Fat Kid Rules the World, which was made into a movie. Going's latest book is a sweet novel for middle schoolers about Jane Brannen, who wants nothing more than to become a famous author like Jane Austen—she just needs to a story to tell. Jane finds it when a hurricane hits her tiny town of Whickett Harbor, bringing with it not only weather but a parental custody battle and some frenzied matchmaking for her marine biologist father. Along the way, Jane discovers secrets about Whickett Harbor and herself in this happily-ever-after story.

Mike Jurkovic's latest volume of poetry documents the comings and goings of the residents of the fictional Hudson Valley town of "shit-lorn" in the mode of Edgar Lee Masters's Spoon River Anthology. The shit-lorn's unfortunates are 21st-century America's forgotten: the complicated poor like Can Man, "Bent by the weight of deposit"; the miscalculating, "I come from a long line of weathermen / who swore Noah's storm was a passing shower"; the old and infirm, "Marty's 81, has a parched, post-pneumonia cough / and the shits from diverticulitis." Jurkovic's profane vernacular of epic Americana is the nexus where heroic Walt Whitman and degenerate Charles Bukowski meet.

Elizabeth Lesser is Hudson Valley spiritual royalty—she cofounded Omega Institute, is the best-selling author of Broken Open: How Difficult Times Can Help Us Grow and Marrow: Love, Loss & What Matters Most, and is a member of Oprah Winfrey's Super Soul 100. Her latest book, subtitled "When Women Are the Storytellers, the Human Story Changes," she reveals how humanity has outgrown its origin tales, hero myths, and other stories and empowers women to trust their instincts, find their voice, and tell new guiding stories for all people. With humor and insight, Lesser reminds us that our cultural origin stories are just that—stories—waiting to be rewritten.