If the single most recognizable phrase in classical music is the one comprising the first four notes of Beethoven's Symphony No. 5, then close behind in second place is the 11-note passage that begins what is generically referred to as "the Funeral March." If you're of a certain generation, you likely sing along to those notes with made-up lyrics that go, "Pray for the dead, and the dead will pray for you." These notes are from the third movement of Frédéric Chopin's Piano Sonata No. 2 in B-flat minor, Op. 35. They also slowly grew into an object of obsession for Hudson Valley author Annik LaFarge.

While she shared the same familiarity with the passage that we all do via popular culture—its appearances in newsreels, movies, cartoons, even video games—LaFarge had a few close encounters with the piece that compelled her to investigate the story behind their composition. This pursuit wound up taking LaFarge—who in addition to being a writer and author of On the High Line: Exploring America's Most Original Urban Park is an amateur pianist—far and wide, from Poland to Paris to Majorca to Massachusetts, to pin down the complex and fascinating creation story of Chopin's haunting dirge. As the subtitle of Chasing Chopin accurately puts it, LaFarge's end product is "a musical journey across three centuries, four countries, and a half-dozen revolutions."

Chasing Chopin is at once a biographical sketch, a music appreciation lesson, a crash-course in early 19th-century European history, a travelogue, a detective story, and an intellectual memoir, told in precise and descriptive language that requires no previous knowledge or understanding of music or Chopin beyond those 11 notes. And if you need a refresher course on those notes, LaFarge provides that, too, with an adjunct website replete with pertinent videos and recordings that raises the bar on how music-themed books will be expected to incorporate multimedia henceforth.

LaFarge's intellectual curiosity, free of any musical or ideological agenda, is infectious, and she brings the broad analysis of a polymath to her subject. LaFarge traces the various elements of Chopin's life and career that contributed to the making of the march, including, but not limited to, Polish history; his hero Bach and his nemesis Berlioz; his early, romantic heartbreak; his relationship with the writer George Sand; and his inventive pianism.

In spite of its popularity and influence—LaFarge finds the sonata resurfacing in performances by Duke Ellington, Cab Calloway, Erik Satie, the avant-garde Willem Breuker Kollektief, and, most famously, a Looney Tunes cartoon—Chopin's march is probably one of the most misunderstood compositions of all time. For one, it was written for solo piano, never intended to be accompanied by an orchestra. Secondly, Chopin expressly stated that the piece was not intended to be a funeral march. Alas, history would overrule Chopin; the composition would be played at his own funeral nine years after he completed it—with the orchestral accompaniment Chopin never wanted to hear performing a "Funeral March" that he explicitly repudiated.

At the outset of her wonderful book, LaFarge states her mission thusly: "This book arose from a humble desire to restore the full narrative of Chopin's funeral march and in the process tell a larger story about music: How it comes into the world, and how it pulls us, generation after generation, along with it." By that or any measure, she has more than succeeded.

When her six-year-old daughter first called herself a "tomboy," Davis was hesitant and unsure of how to respond. Her child favored sweatpants and T-shirts over anything pink or princess-themed, just like the sporty, skinned-kneed girls Davis had played with as a kid. But she worried that the term tomboy was outdated in an era of gender reveal parties and gender-neutral pronouns. In this book, based on her viral New York Times op-ed, Davis delves into everything from clothing to psychology, history to neuroscience, and the connection between tomboyism, gender identity, and sexuality. Davis is the founding editor of our sister site Upstater.com.

In this psychological thriller, Molloy, author of the New York Times bestseller The Perfect Mother, introduces newlyweds Sam Statler and Annie Potter, who leave Manhattan to start a life together in Sam's sleepy hometown upstate. Or, it turns out, a life where Annie spends most of her time alone while Sam works long hours in his downstairs office as a therapist, with his (mostly female) clientele. Annie discovers that every word of his sessions can be heard from the room upstairs. Everything is fine until the French girl in the green Mini Cooper shows up, and Sam goes to work but doesn't come home. And that's just the beginning. 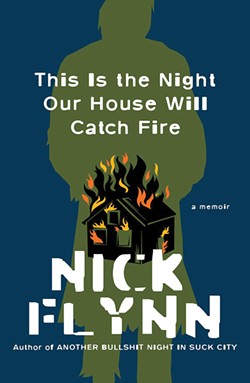 This is the Night Our House Will Catch Fire

When Nick Flynn was seven years old, his mother set fire to their house. He returns with his young daughter to his hometown of Scituate, Massachusetts, in an effort to understand why. (Flynn's mother committed suicide when he was 22.) Flynn seeks answers from his therapist, who tells him he has "the ethics of a drowning man." As he confronts his failings with fierce candor, he forms his memories into lyrical bedtime stories populated by the both sinister and wounded Mister Mann. This tale bookends the Red Hook resident's acclaimed 2004 memoir about his father, Another Bullshit Night in Suck City. 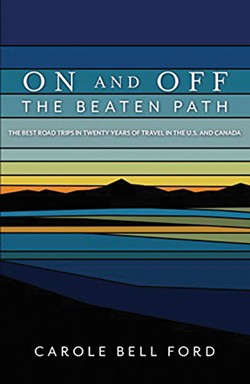 On and Off the Beaten Path

Ford, a New Paltz resident, retired professor, and author of The Girls: Jewish Women of Brownsville, Brooklyn 1940-1995, provides an enjoyable account of road trips that she and her husband took during 20 years of traveling in North America. Ford even includes camper-friendly recipes as she recounts visits to well-known places including the Florida Keys, Mesa Verde, and the Grand Canyon; along with lesser known places such as the Thirty Thousand Islands in Lake Huron, the Upper Mississippi Valley in Ohio, Wolf Park in Indiana, the Ozark Folk Center, the Natchez Trace, and many more.

This gripping sequel to The Forgers begins on a summer night outside of a country house in the Hudson Valley, when a reformed literary forger finds his youngest daughter shaken and bloodied, holding a literary rarity few have ever seen, and a letter with impossible demands regarding its future. He finds himself ensnared in a plot to counterfeit the rarest book in American literature: Edgar Allan Poe's first, Tamerlane. Facing threats to his life and family, he must return to his criminal past and rely on his older daughter to help create a flawless forgery of the Holy Grail of American letters.