In the first single-volume, life-spanning biography of Eleanor Roosevelt (1884-1962) published in six decades, David Michaelis presents a compelling and meticulously researched account of a remarkable life of transformation and service. One of the most influential and admired women of the 20th century, Eleanor Roosevelt's accomplishments as an activist for social justice and global peace are sweeping and significant and reading about them in this moment in time is an inspirational reminder of the power of living authentically, speaking truth, and advocating for real change in the world.

Although her life has been extensively documented in numerous acclaimed biographies, including Blanche Wiesen Cook's brilliant three-volume work and via Eleanor's own prolific writings, Michaelis (bestselling author of Schulz and Peanuts), drawing on new research, brings a fresh perspective and nuanced details to the circumstances of her life, complicated relationships, and work. He presents Eleanor in all her humanness, including a discussion of early anti-Semitic views that she later disavowed.

At the foundation of Roosevelt's privileged, Gilded Age childhood were extraordinarily dysfunctional parents who left her an orphan at the age of 10. Her father, Elliott, was a philanderer and an alcoholic. Her mother, Anna, engrossed in her standing as a Manhattan socialite, kept her approval of Eleanor at bay; something that contributed to Eleanor's lifelong feelings of inadequacy and lack of confidence. In the autumn of 1892, Anna, seemingly "driven by a demon of time" and "trying to counteract past damage reestablished familiar routines, such as a children's hour (Anna called it 'Mother's hour'), before supper." There she showered her attention and affection on Eleanor's brothers, Ellie and Hall, and instructed her daughter to sit on a footstool at her feet.

Later in life Eleanor described her mother's unfathomable meanness as "a curious barrier between myself and these three." Even so, in spite of her mother's preference for them, Eleanor loved and was thrilled by her brothers. A few months later, at the age of 30, Anna died of "diphtheria, the neck swelling infection against which there was no cure." Eleanor's world disintegrated around her, but at the age of eight, she "discovered that life went on." Calling it the most important lesson of her life, Eleanor lived with the deep knowledge that no matter what happened to her in the world, she had no choice but to adjust to it. As a young adult, her good and useful work received the attention of mentors, making her education and her many strong female friendships formative in the development of the intelligent, compassionate humanitarian leader she became.

In 1905, Eleanor married Franklin, her fifth cousin, and had six children in quick succession (five of whom survived). Her public story began in 1921, when Franklin came down with polio and was robbed of his ability to walk. Eleanor walked in his place and was given the opportunity to use her great intellect and put her passion for public service to good use as first lady and beyond. She worked tirelessly for the Red Cross, the League of Women Voters, the Democratic Party, and the United Nations. At the UN, she was the driving force behind the creation of the Universal Declaration of Human Rights. The many trials and tribulations of Eleanor's complicated relationship with Franklin forms the backdrop of the many other important relationships in her life: revealing a woman who loved deeply and lived with strength and integrity. Reading about Eleanor Roosevelt is a wonderful journey to take; a view back in time via the life of a woman who was driven to understand and make a difference in our complicated world. Michaelis's engaging telling of her life is worth taking the time to read and to savor and enjoy. 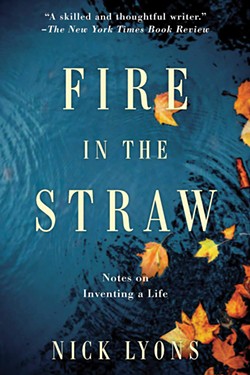 Fire in the Straw: Notes on Inventing a Life

In this enigmatic and witty confessional memoir of constant reinvention from the founder of Lyons Press, the author shape-shifts from confused and reluctant boarding-school student, to professor, to husband of a fiercely committed painter, ghostwriter, famous fly fisher, award-winning author, father and grandfather, and beyond. Lyons covers many chapters of his life, from spending his childhood in the Catskills and then later living in Woodstock ("Some Woodstock Summers"), to a hilarious recounting of an ill-advised game of pick-up basketball at the age of 50 ("The Last Game").

With its intriguing subtitle—"12 Indispensable Success Stories from the World's Greatest Propagandists, Self-Promoters, Cult Leaders, Mischief Makers, and Boundary Breakers"—this personal guide offers help to "master the art and science of using shameless propaganda for personal and social good." Schein, a Beacon-based marketing expert, explores the notion that interpersonal relationships are at the core of all forms of success, providing case studies and practical insights into why people behave the way they do and how to utilize that to benefit oneself and others. 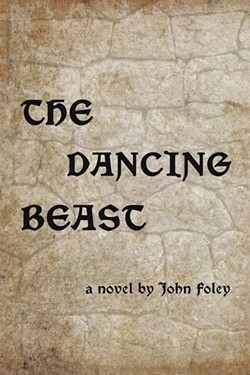 Music therapist turned author Foley provides an eerily relatable adventure loosely based on history with coarse humor that one reviewer called "stranger than a zombie attack." Set against a backdrop of repressive regimes, cults, and the end of the world in 16th-century England, Foley's novel concerns a dancing plague—a convulsive affliction that may result from consuming bread made with contaminated rye flour. Three protagonist-heroes of questionable reputation embark on journeys of adventure, mystery, and reconciliation.

One of the region's most prolific and widely read poets, Spireng brings us this collection of poems which arise from the seemingly mundane acts of farming or logging, or writing and reading. Yet in them, he provides strong portrayals of failure and success, danger and safety, doubt and certainty. Spireng is a resident of Lomontville, retired award-winning journalist, and winner of the 2019 Sinclair Poetry Prize. His previous full-length books of poetry are What Focus Is, and Out of Body, and he also penned several chapbooks: Clear Cut (2010), Young Farmer (2007), Encounters (2005), Just This (2003), and Inspiration Point (2002).

Dedicated to Jasper Johns and Jimi Hendrix, this collection of 76 poems spans the period from 9/11/2001 to 11/9/2016, concluding with a poem based on voices overheard the night of Donald Trump's election. Every poem in the book uses the 81 words of the national anthem written by Francis Scott Key in 1814—presented in unexpected ways as an emotional portrait of the last 15 years. Ruby is the author of several full-length poetry books, e-books, and chapbooks, and is an editor of US news at the Wall Street Journal.