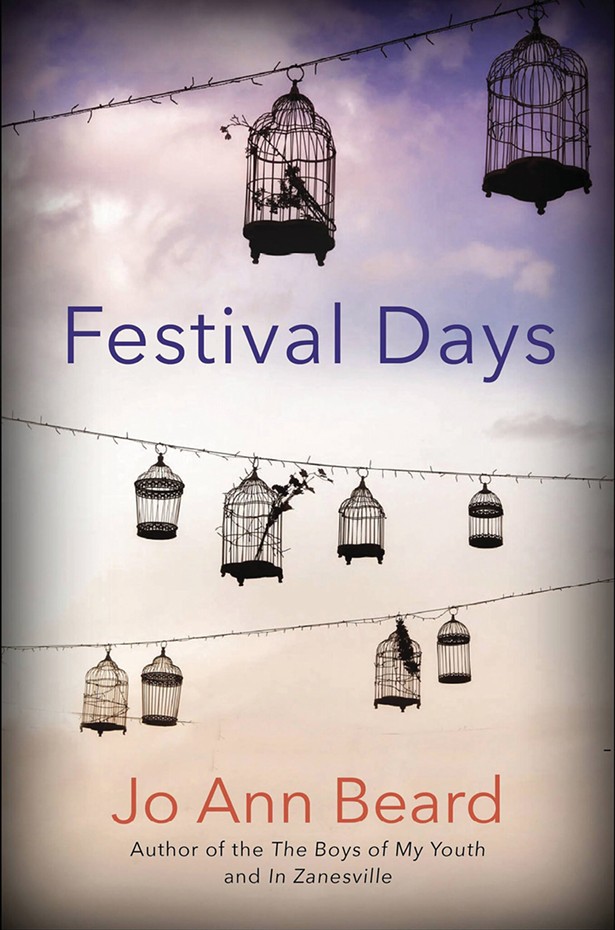 Jo Ann Beard's name has become nearly synonymous with creative nonfiction, the nebulous genre straddling fiction and nonfiction. Beard, a Guggenheim Fellow and Sarah Lawrence professor, often treats genre as a suggestion rather than in a rule in her work. In the author's note of her new collection, Festival Days, she writes: "This very book has a couple of stories in it...or anyway they were first published as stories. They are also essays, in their own secret ways, and the essays are also stories." The collection gathers nine pieces, both new and previously published, that fall somewhere between fiction, nonfiction, and a blurry combination of the two. Festival Days, her first book in nearly a decade, proves that Beard is as daring, sharp, and vibrant as ever.

Genre isn't the only convention Beard is experimenting with in Festival Days. In many of these pieces, time is malleable; it slows, stops, starts, flattens, bumps up against itself. In "The Tomb of Wrestling," a woman fends off a stranger during a home invasion. During the attack, she thinks: "Something weird was happening to time—it was swirling instead of linear, like pouring strands of purple and green paint into a bucket of white and giving it one stir. Now was also then was also another then." At first, "What You Seek is Seeking You" seems like a straightforward story about a loveless doctoral student—until the narrative shifts to an entirely new character. In its final pages, the story boomerangs back, landing the reader (and characters) into the most unexpectedly heartwarming place imaginable. The way Beard wields time mirrors the way we experience life—the past forever echoing in the present.

Most pieces in the collection deal with death in one way or another. "Last Night," a short but moving essay, is about Beard putting her beloved dog to sleep. The titular novella-length essay recounts (and weaves together) the dissolution of Beard's marriage and the untimely passing of a friend. Rooted in reporting, "Werner" and "Cheri" both deal with the specter of death: the former about a man who wakes to find his apartment engulfed in flames; the latter about a woman with terminal cancer. "Cheri," one of the collection's strongest stories, captures the largely incongruous mix of emotions felt in the face of death. As the end nears, Cheri panics in the face of her own mortality: "Alone in her room, she whimpers with the terrible grief of it, of being forced to abandon herself like a smoldering ship. It's impossible to imagine not existing, she discovers, because in order to imagine, you must exist." This encapsulation of facing oblivion is devastating and pitch perfect.

One of the most wonderful and enduring aspects of Beard's writing is the way she captures the ordinariness of turmoil. Life is cancer, adultery, and dead ducks—and also Pringles, food poisoning, and writer's block. The mundane and the monumental are elevated to equal importance by her piercing observations and remarkable prose. In "Close"—an essay about writing, and not writing, and all of the things writing is like and not like—Beard writes, "It's a lofty goal, to imagine translating one's own personal experiences in a way that instructs and illuminates, moves and inspires, another human being." And, yet, Festival Days does exactly that.

Land: How the Hunger for Ownership Shaped the Modern World

Winchester, author of highly regarded nonfiction explainers like Krakatoa and The Professor and the Madman, begins Land with his purchase of l23 acres in Dutchess County to frame a dialogue about the history of land ownership and what our proprietary relationship to it means for the future. His book illuminates the disparity of property ownership around the world––and calls attention to the need for land ownership reform. "Since 2007 the amount of American land owned by these wealthy [top] 100 [landowners] has increased by 50 percent," writes Winchester, "and is showing no signs of slowing down." His narrative explores how we acquire and manage land, come to share it, and why we fight over it.

Rosendale resident Margarita "Mourka" Meyendorff picks up where her memoir, DP: Displaced Person left off in her new book, Flipping the Bird. In this anthology of 30 short stories, essays, and plays, she tells the story of her birth to a Russian baron, and her family's displacement in a refugee camp in Germany and then to a Russian community in Nyack. Meyendorff takes the reader on a wild, sometimes hilarious, and inspiring journey as she fearlessly navigates her life as a refugee and the mischievous child of aristocrats. Bluestone Press says, "A one-time displaced person proves that a rebel's place is wherever she chooses to go."

Corona City: Voices from an Epicenter

In this anthology of photographs and stories from COVID-19 survivors, frontline workers, business owners, journalists, mask-makers, and quarantined people––the realities of life in New York and New Jersey during the pandemic are exposed. Three local contributors–Elizabeth Berin, Abigail Thomas, and Ellen O'Neill–tell their experiences during the pandemic. Ash takes the reader to the epicenter of the pandemic during the early nightmarish months of March through June 2020 with photographs of barren city landscapes once bustling with people, and the fears, losses, achievements, and struggles of real people during this time. All of the book's proceeds go toward the charity Feeding America. 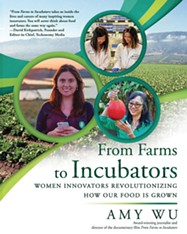 Women entrepreneurs are revolutionizing the food industry through agricultural technology in order to combat the growing number of issues farmers face today––climate change, water and soil insecurity, and a rapidly growing population, to name a few. Agtech, the intersection of agriculture and technology, works with drones, artificial intelligence, sophisticated soil sensors, data analytics, blockchain technology, and robotics to sustainably secure the food supply in the future. It has become essential to farm profitability and sustainability as more agribusinesses seek out technological solutions to increase productivity. Amy Wu––founder and chief content director of From Farms to Incubators and the communications manager at Hudson Valley Farm Hub––tells the stories of diverse women innovators in this field, and the power they hold in the growing agricultural business.

Backroads Buildings, In Search of The Vernacular

Steve Gross and Susan Daley––a New York City and Catskills-based photographic team––capture America's forgotten architecture along old auto routes through more than 100 full-color and black-and-white photographs. Photography historian Brian Wallis writes, "Even with bold signage, these rustic, unpeopled structures often blend into their environments, sometimes literally becoming engulfed by the surrounding vegetation as the years pass." The book captures churches, grange halls, schools, grocery stores, gas stations, fast-food restaurants, agricultural storage bins and outbuildings, and more obscure places like a coffin warehouse. These structures are rooted in the culture of the working class during the years between the Civil War and the Great Depression.