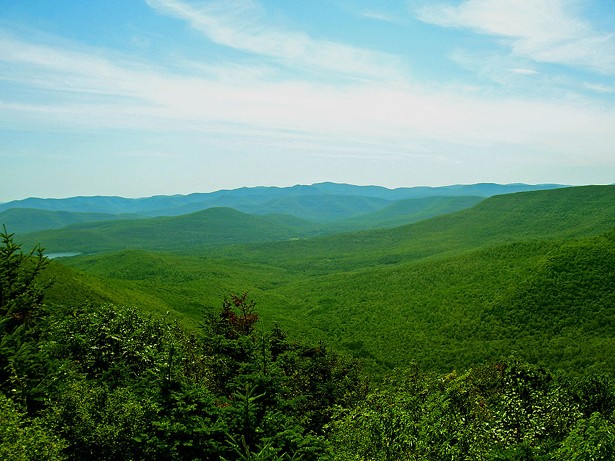 By 1860—in the wake of the Great Famine—some 200,000 Irish folk made up a quarter of the New York City population, meaning there were more Irish living in New York than in Dublin. Invariably over time, families and entrepreneurial individuals crept their way north from the city, settling in the Catskills and the fecund Hudson Valley. From the Colonial era onward, the Irish have played an enormous part in shaping Upstate New York. Here are five tidbits of insight into the Irish influence here in the Hudson Valley.

In the Colonial era, most Irish who immigrated to New York State were middle and upper class Protestants. Many hailed from the northern province of Ulster in Ireland, and succeeded in passing the name on to one of the state’s original 12 counties formed by the Duke of York in 1683.

Greene County (originally part of Ulster) was beloved by Irish newcomers for its lush green hills felt a bit like home. In the 1930s and '40s, many Irish immigrants purchased properties that by midcentury became the 50 or so inns, resorts, bungalow colonies, and hotels of a region dubbed the “Irish Alps.” Like the Borscht Belt in Sullivan County, their numbers declined with the rise of air travel and the lessening of prejudice. Get a nostalgic taste of the Irish Alps on a visit to East Durham, where you’ll find the Guaranteed Irish Shop, the Catskill Irish Arts Week celebration, and the Blackthorne Resort.

Kingston welcomes the spring each year with a two-mile Shamrock Run, which attracts thousands (some in kilts) to dash down Broadway just before the St. Patrick’s Day Parade steps off. The charity event is believed to be the largest foot race between New York City and Albany and is sponsored by the local chapter of the Ancient Order of Hibernians, who are moving forward with plans for an Irish Cultural Center in Kingston’s Rondout neighborhood.

Peekskill is another town where Irish history and culture are living large; it’s there you’ll find the Hudson Valley Irish Festival every autumn and the Quiet Man Public House, described as an “authentic Irish pub experience” by the New York Times, which raved about the fish and chips and Irish soda bread. A cultural center is in the works for Peekskill too.

In his Pulitzer Prize-winning memoir Angela’s Ashes, Irish-American author Frank McCourt writes of arriving in America by ship and going ashore in Poughkeepsie for what may have been the wildest night of his young life. “A man came out in a little boat, a putt-putt, and took some of us ashore. We went to a party in Poughkeepsie, and that’s—my first night in America was heavenly,” McCourt told NPR’s Terry Gross in 1996.

By Agnes Devereux and Chronogram Staff