5 Cool Things to Do This Month in the Hudson Valley

Art? Food? Film? Prog rock? Yeah, the Hudson Valley’s got all that this week—and we have the rundown, below.

British progressive rock/jazz fusion group Brand X is mainly remembered as a side project started by drummer Phil Collins in the 1970s, when he was still in Genesis. Collins ceased performing with the band in 1982, but two of its other cofounders, Atomic Rooster guitarist John Goodsall and Soft Machine bassist Percy Jones, have kept Brand X going on and off over the years. The current lineup, which features jazzman Kenwood Dennard on drums, comes to BSP in Kingston on May 10 at 7pm. 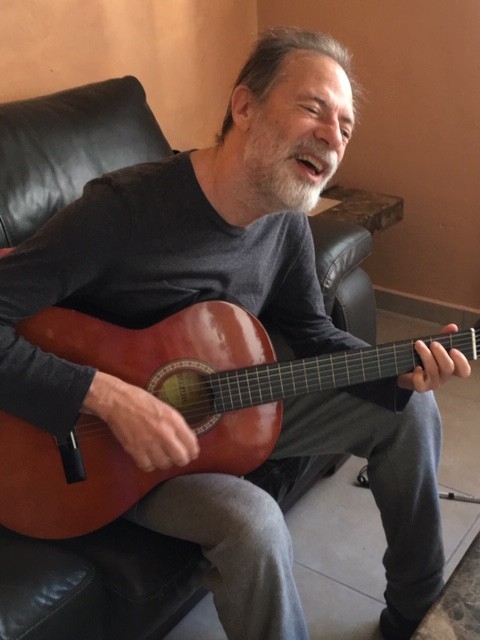 Written and directed by blind Woodstock veteran Marty Klein, the powerful film Why Can’t We Serve? trains its lens on Klein himself and several of his fellow disabled vets from around the country, chronicling their alternately heartbreaking and inspirational stories. The 70-year-old Klein lost his vision to an eye disease while serving in the Air Force during the Vietnam War, and was driven to make the film as a way to help his disabled brothers in arms find hope after learning via the Department of Veterans Affairs that 22 of them take their lives each day. Why Can’t We Serve? will screen at the Woodstock Jewish Congregation on May 19 at 4pm.

Back this month for its seventh annual serving, the Taste of Woodstock festival is one of the region’s most mouthwateringly anticipated culinary events. Held on May 22 from 6-9pm to benefit the Woodstock Film Festival and the Hudson Valley Film Commission, the yearly happening celebrates the town’s diverse cuisine by giving participants the opportunity to wander Woodstock and sample and vote on specially created delicacies offered by its many world-class restaurants.

It should come as no surprise that with a successful career in food photography, at some point Meghan Spiro would become interested in what happens to food after we're done with it. Her latest 25-piece photographic collection, "Bella Monezza," (Beautiful Garbage) reflects her fascination with composted food scraps in luminous still lifes. "Inspired by the beauty found in composting daily, I've collected various food items, plant clippings, dried flowers, and wasted spices over the last year and used them as subjects for this series," Spiro says. "Employing my food styling skills, I crafted the compost, playing with its intuitive forms to create stunning compositions that are as lovely as the hearty forms they arrived from." "Bella Monezza" will be on display at the Hudson Beach Gallery in Beacon, with an opening reception this Saturday, May 11 from 6-9pm.

Even before she reached the hitmaking heights of the 1980s with the Eurythmics, Scottish singer Annie Lennox had already had a heady run with UK new wave/power pop bands the Catch and the Tourists. Perhaps she’ll touch on her time with the latter groups when she visits MassMoCA in North Adams, Massachusetts, on May 25 at 4pm for an event being touted as “An Afternoon of Conversation and Song with Annie Lennox.” Doubtless, though, she’ll discuss her Eurythmics days and bust out “Sweet Dreams (Are Made of This),” “Here Comes the Rain Again,” “Would I Lie to You?,” and other hits in this benefit concert for MassMoCA.