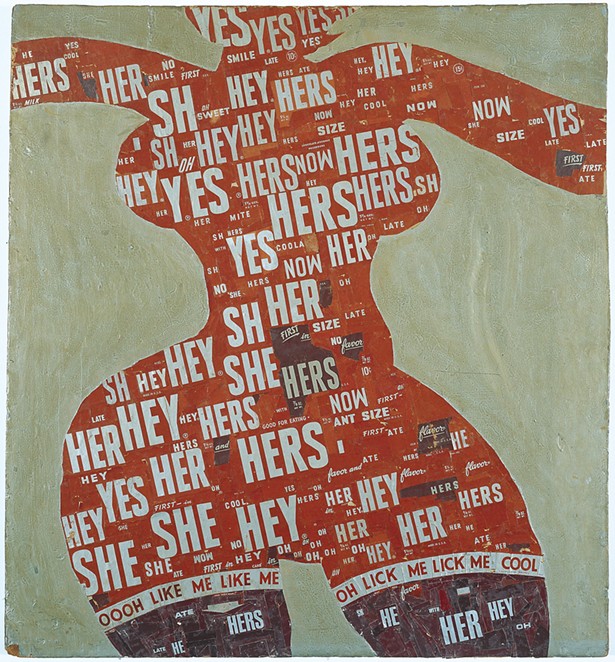 Some things things you should know about Bibbe Hansen: The daughter of Fluxus artist Al Hansen and poet and dancer Audrey Ostlin Hansen, grew up in the bohemian New York City scene of the late 1950s and early `60s. When Hansen was not performing in her father's avant-garde theater pieces, she was a mostly feral youth, skipping school and shoplifting. After landing herself in several institutions for child criminals, Hansen got out and met Andy Warhol, who cast her, at age 13, in his film Prison (1965), based on her experiences. Hansen went on to make three more films with Warhol and danced briefly with the Velvet Underground. As a teenager, she recorded a pop record with Jack Kerouac's daughter Janet for their short-lived band the Whippets. The rock musician Beck is her son. And Hansen, who lives in Hudson, will be performing at the second annual Hudson Eye festival, presented by Jonah Boker Arts Foundation, this month.

On August 29 at 7:30pm at the Second Ward Foundation, Hansen will present "An Evening of Al Hansen Performance," a collection of her father's Fluxus works. (Al Hansen's best-known piece is Yoko Ono Piano Drop, in which the artist pushed a piano off a rooftop.) Following the performance, Hansen will give a talk about her outsized life titled "Growing Up Fluxus." An exhibition of Fluxus ephemera from the Al Hansen Archive, "Outside the Lines: Al Hansen & Friends," will be on display all month at Second Ward Foundation.

The famously reclusive African-American artist David Hammons will also be participating in Hudson Eye. Hammons centers his work in the black urban experience, and tends to use sarcasm to confront cultural stereotypes and racial issues. Outside of Promenade Hill Park, David Hammons' Untitled (African American Flag) (1990), will be displayed flying atop the flagpole at the highest point in town throughout the festival, beginning at 2pm on August 28 with the kickoff of the 10-day event. Hammons reconfigures the American flag, replacing the red, white, and blue with the black, red, and green of Marcus Garvey's pan-African flag first adopted by the Universal Negro Improvement Association and African Communities League in 1920. Originally intended to represent purity, valor, and justice, the reconfigured pan-African flag colors hold additional meaning, representing the blood, skin tone, and the richness of African land. Hammond's looped video, Phat Free (1995/99), will also be streaming at Hudson Hall during the run of the program. At once jarring and poetic, the video conveys the harsh reality of life on the streets and the contemporary Black urban experience.

Famous for his elusive street inventions, Hammons said in an interview with Brown University: "I do my street art mainly to keep rooted in that 'who I am.' Because the only thing that's really going on is in the street; that's where something is really happening. It isn't happening in these galleries. Doing things in the street is more powerful than art I think. I don't know what the fuck art is about now. Like Malcolm X said, it's like Novocain. It used to wake you up but now it puts you to sleep. I think art now is putting people to sleep."

In addition to the performances and exhibitions that will take place across the city, The Hudson Eye has created an interactive "treasure hunt" format that attracted a grant from Hudson's Tourism Board: a self-guided tour of public art on the streets of Hudson.

"Our desire is to have people in Hudson make their way throughout their day, but happen upon sculptures and performances, and really understand that beyond just going to a museum, beyond just going to an art gallery, that there are instances, in everyday life where art happens, where art is installed, so we are really asking visitors, viewers, and community members to just take a minute and look around and understand that the hustle and grind of everyday doesn't have to keep you from understanding and witnessing your surroundings," says Aaron Levi Garvey, curator of Hudson Eye.

In a delightfully subversive callback to an earlier era of cable-access TV, The Hudson Eye will be streaming artist films through Mid-Hudson Cable for select hours of the day via a link that will be provided to the public.

According to Garvey, the atmosphere of the event has been carefully curated to foster a safe and equitable space, working to ensure that all voices are being represented in a variety of art forms, highlighting the work of big names like Hammons and Hansen, but also artists who are not typically represented in the mainstream. The Hudson Eye features nightly performances, exhibitions, and Hot Topics panel discussions from August 28 to September 7. Participating artists include VitaDuo, Shanekia McIntosh, William Stone, Filiz Soyak, Shikeith, Hala Shah, Tschabalala Self, and many more.