The hills are alive with the sound of music—literally. From Bethel Woods in Sullivan County to Tanglewood in Massachusetts to Grey Fox in Greene County the region is brimming with music venues and, come summer, music festivals. We've rounded up some of this summer's musical highlights. (Read our preview of 2018 Bard SummerScape/Summer Music Festival >>) 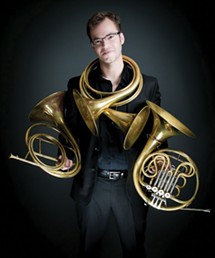 is America’s oldest annual summer music festival devoted to music played on authentic period instruments and is sure to satisfy fans of early and chamber music. The festival, which takes at various venues in Western Massachusetts and the Hudson Valley, hosted the first American performances of the complete Bach Brandenburg Concertos and the first American performances of Mozart symphonies on original instruments. This summer’s roster promises a newly commissioned offering by up-and-coming composer Alex Burtzos, as well as works by Brahms, Bach, LeClair, Couperin, Beethoven, Mozart, Caldara, and others, along with preconcert talks. 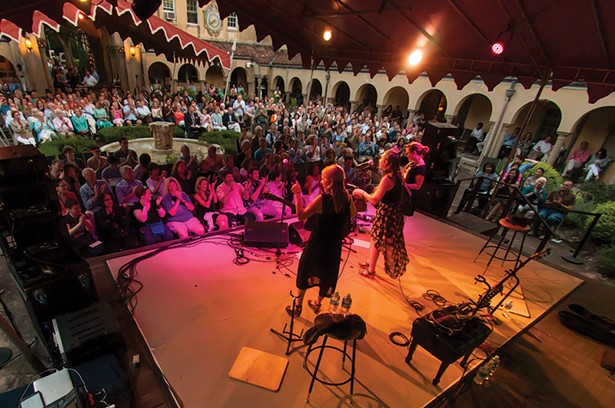 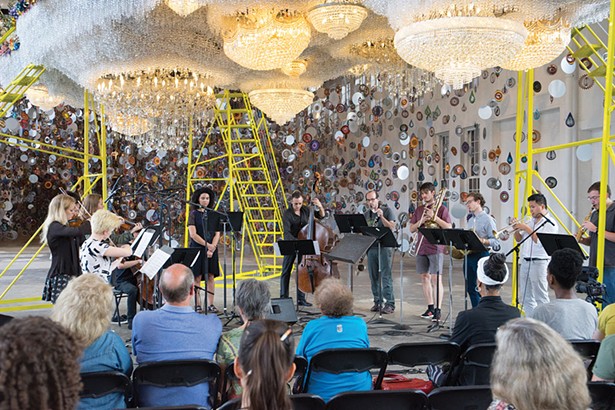 Since 2002, the New York-born contemporary classical organization Bang on a Can has made its summer home at magical Mass MoCA in North Adams, Massachusetts, where it holds its yearly Summer Institute of Music, a program for young composers and performers. The festival features daily performances in the art museum’s galleries (free with museum admission), a concert by the Bang on a Can All-Stars (BOAC cofounder Julia Wolfe’s “Anthracite Fields”), and finishes, as always, with a six-hour Marathon Concert by the festival ensembles and special guests—this year’s Marathon features works by guest composer Steve Reich.

The mother of all upstate bluegrass festivals, Grey Fox began in 1984 and has been blossoming in its second home, the Walsh Farm in Oak Hill, since 2008—it’s even the subject of a documentary, 2003’s Bluegrass Journey, and was one of 10 musical events around the world featured in BBC World’s television series “Destination Music.” Alongside yearly host band Dry Branch Fire Squad, the 2018 lineup stars Del McCoury, Sam Bush, Hot Rize (40th anniversary celebration), Jerry Douglas, the Wood Brothers, Della Mae, Peter Rowan, Daily and Vincent, Red Knuckles & the Trailblazers, Sierra Hull, and many more. On-site camping is available.

Showcasing the power and artful beauty of the human voice, this four-day event in the tiny-but-hip outpost of Phoenicia is one of the most anticipated music festivals in the region. PIFV grew out of “Opera Under the Stars,” a 2009 benefit concert and opera is still its constant thread, but this genre-spanning weekend has spanned to include jazz, musical theater, world music, and other styles. This year has “Sirens of Gospel” (August 30); Rossini’s “La Cambiale di Matrimonio” (August 4); Bizet’s “Carmen” (August 4); and the festival finale, “Beauties of Broadway” (August 5).


Late August will see the third installment of Huichica East, a music/farm-fresh food/wine fest set on the beatific acreage of Chaseholm Farm (camping available). Originally started in Sonoma Valley, the East Coast arm of this festival continues the tradition of brining people together through good food and music. This year's line up combines a hand-picked selection of psychedelic surf rock, indie and folk acts, ranging from Bettye Lavette to Mercury Rev and Robin Hitchcock. Organized by Jeff Bundschu of Sonoma's Gundlach Bundschu Winery and (((folkYEAH!))), the three-day festival brings together people of all ages for a fun, laid back weekend in the sun. 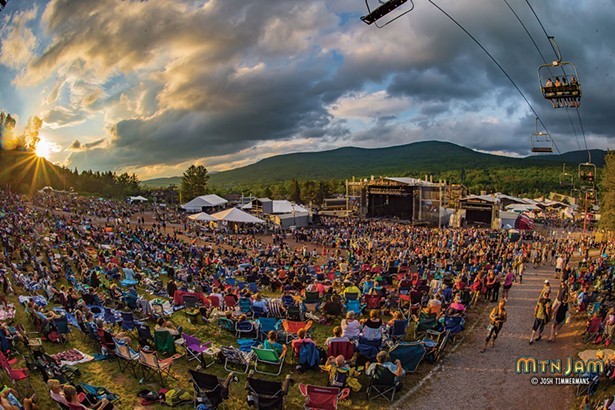