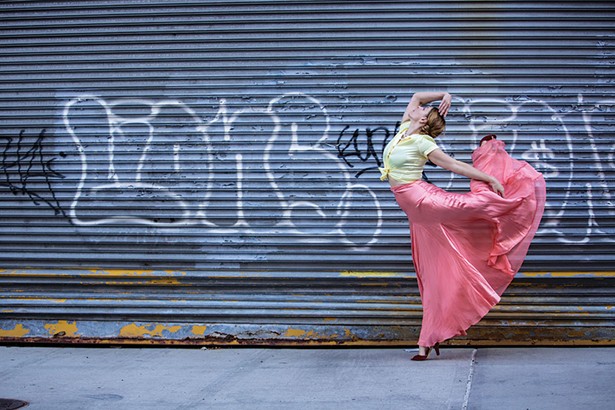 Situated within a National Historic Landmark District in the Western Massachusetts farm town of Becket, Jacob’s Pillow is a dance center, school, and performance space built in 1931 by modern dance pioneers Ted Shawn and his wife Ruth St. Denis. Among the greats who’ve trained there are Martha Graham, Charles Weidman, Doris Humphrey, and Alvin Ailey. In 2010, the center became a recipient of the National Medal of Arts.

Summers bring Jacob’s Pillow’s annual dance festival, a premier international event that draws 80,000 visitors yearly and presents a rich and highly varied calendar of dance performances that take in old and contemporary styles and traditions from around the world. Events take place on the site’s three stages, which include that of the 620-seat Ted Shawn Theater and the outdoor Inside/Out stage, a spot offering glorious views of the surrounding Berkshire Mountains. With ticketed events and over 200 free events, the Jacob’s Pillow Summer Dance Festival includes performances, lectures, tours, films, exhibits, and talks with artists themselves. (Read about other dance festivals and performances happening this summer around the Hudson Valley >>)

This year’s ticketed performances include the season opening by the Royal Danish Ballet (June 20-24), a world-famous company that hasn’t appeared at the center in over 10 years, and Philadelphia’s PHILADANCO! (July 11-15), which last took flight at the Pillow more than two decades ago.

Other highlights are the Minneapolis-based Ragamala Dance Company with the multidisciplinary “Written in Water,” a piece utilizing visual projections and original music composed by jazz trumpeter and Arabic maquam singer Amir ElSaffar for Iraqi, Western, and Carnatic instruments (June 20-24); the physically incredible Pilobolus troupe for “Come to Your Senses” and “Branches,” the latter of which premiered in 2017 on the Inside/Out stage (June 27-July 1); Ephrat Asherie Dance with “Odeon,” a high-energy hip-hop opus with live music inspired by early 20th-century Brazilian composer Ernesto Nazareth (June 27-July 1); Obie winner Sonya Tayeh for “You’ll Still Call Me by Name,” an “emotionally charged dance symphony that explores a mystifying, complex, and jagged relationship between a mother and a daughter” to live music by the Bengsons (August 15-19); Sidi Larbi Cherkaoui and his Eastman company for “Fractus V,” which takes its inspiration from the political philosophy of Noam Chomsky (!) and incorporates swing, hip-hop, and Korean, Congolese, Japanese, and Indian traditions (July 11-15); and Daniel Ulbricht’s Stars of American Ballet in a centennial tribute to choreographer Jerome Robbins with live music (August 22-26).

Jazz by Stephane Wrembl at the Clark