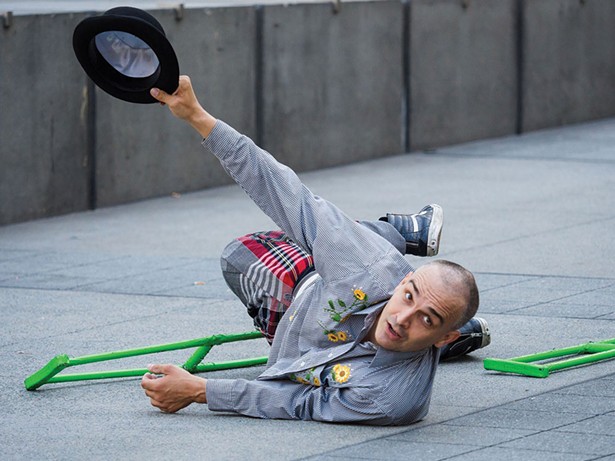 With big players like the American Dance Institute and the New York City Ballet setting up shop, upstate New York is becoming quite the destination for dance. World-class dancers in every genre from ballet to contemporary will be performing this summer at area venues like PS21, SPAC, and Hudson Hall. As part of our 2018 Summer Arts Preview, we've rounded up a handful of great shows to pencil into your calendar. (Read our preview of the summer dance season at Jacob's Pillow >>)


Dance Your Way into Summer with These Festivals

Sponsored by the renowned Pilobus dance company, the Five Sense Festival offers art, dance, food, technology, and nature for all ages in wooded Washington, Connecticut. The three-week, multidisciplinary event starts with the grand opening night ball and will feature sunrise-to-sunset programs and performances, and the closing ceremony will include a kids’ show and the premiere of the new evening-length Pilobus show “Come to Your Senses.” Live musical acts include Bela Fleck.

Every July, the revered New York City Ballet company returns to the Saratoga Performing Arts Center (SPAC) for its summer residency. The company’s upstate stay always ends with a lawn party and a lavish gala, both of which this year will celebrate the centennials of composer Leonard Bernstein and choreographer Jerome Robbins. The 2018 schedule: “All Balancine” (July 17-18); “Romeo + Juliet” (July 19-21); “21st Century Choreographers” (July 19); “The Four Seasons: Robbins and Bernstein at 100” (July 21).

In addition to some exemplary live music, art exhibitions, readings, workshops, children’s programming, and talks, the historic and beautifully restored Hudson Hall in Hudson—the site of appearances by Mark Twain, Susan B. Anthony, and others—has a number of appealing dance-related events set for the summer season, such as the Stephen Petronio Company (July 6-7); and three shows by the locally prominent Badilla family: Young Paris (July 20), “The Spirit of the River” (July 20-22), and Lady Moon (July 21). Concerts include Harmony Project Hudson’s Summer Camp Finale (July 27) and violinist Tim Fain (September 15).