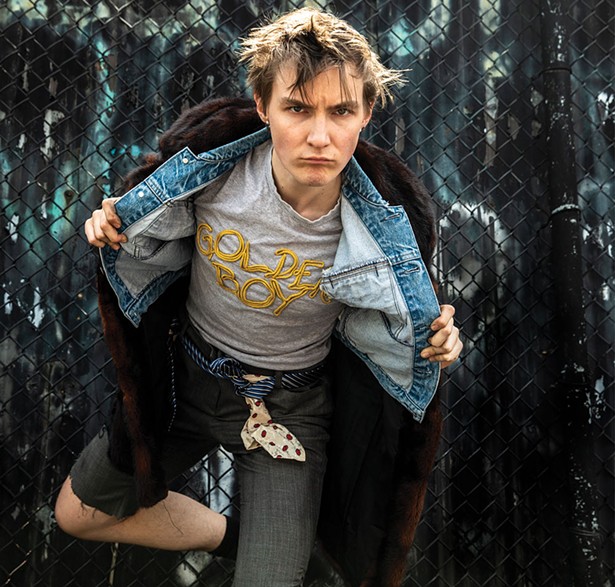 Bard SummerScape’s 2018 season kicks off its summer-long schedule on June 28 with a new production of Leonard Bernstein’s “Peter Pan” in honor of the late composer and conductor’s 100th birthday. Emphasizing the darker side of J. M. Barrie’s original play, this new adaptation by famed New York City Opera Director Christopher Alden and featuring choreography Jack Ferver and a teens-’n’-tweens cast, is being touted as “definitely not your grandparents’ ‘Peter Pan’!” (It is suitable for ages 12 and up, though.) (Read about the other music festivals and shows happening this summer >>)

This marks the 15th year for SummerScape, a world-renowned, seven-week celebration of concerts, opera, theater, cabaret, film, and other events on the campus of Bard College in Annandale-on-Hudson. Once again, the hugely eclectic SummerScape also encompasses the classically oriented Bard Music Festival, which was itself established in 1990 and every year focuses on the music, life, and cultural impact of a different composer. For 2018, the thematic figurehead is Nikolai Rimsky-Korsakov (1844-1908), and although there has been much ado between the US and Russia recently, the selection of the Russian musical icon as this year’s core composer was not premeditated.

“It had been quite some time since we’d featured a Russian composer,” explains Bard professor and tfestival’s co-artistic director (with the college’s president, Leon Botstein), Christopher Gibbs. “The last one was Prokofiev, in 1998. So it was time for another. But we’d been planning to do Rimsky-Korsakov for a while, anyway; he’s one of the Mighty Handful, who are also called the Mighty Five [a group of five influential 19th-century Russian composers].”

The larger SummerScape festival includes such highlights as Arthur Rubenstein’s opera “Demon” with the American Symphony Orchestra conducted by Leon Botstein (Jul7 27-August 5); and the world premiere of “Four Quartets,” a dance performance with text by T.S. Eliot, choreography by Pam Tanowitz, music by Kaija Saariaho, and images by Bruce Marden with Kathleen Chalfant (July 6-8).

Returning like an absinthe apparition to Annandale is the beloved Spiegeltent, which serves food, drink, dancing, and cabaret and musical performances by legends Chita Rivera (July 28 at 7 and 9pm); Nona Hendryx (July 6); Melanie (July 27); Susan Bartsch (June 30); the Hot Sardines (August 17); Martha Pilmpton (June 29 at 7 and 9pm); and much more.