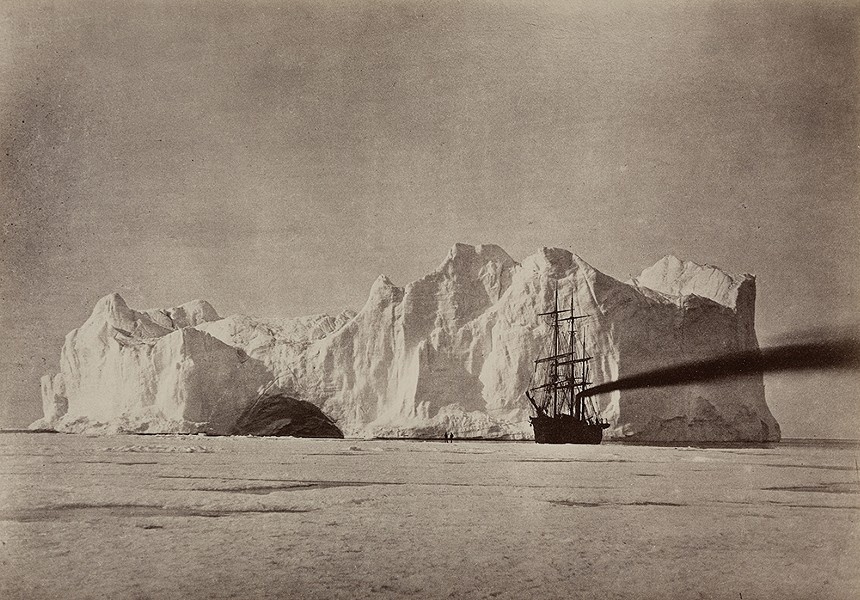 Melinda Stickney-Gibson and Jen Dragon curate "Of This," an installation of sculptures from the past decade by Millicent Young. Using horsehair, lead, string, wood, wax, and paper, Young's work is an investigation of light and space at its most elemental, layering luminosity amid dreamlike shadows. Young's pieces hew to no discernable style—ranging from dangling hair assemblages to Rorschach-type blotches on paper—yet they are unmistakably hers. November 3-December 9.

Architect and photographer Scott Benedict spent eight years documenting the buildings of renowned architect Louis I. Kahn. "Kahnscious: Photographing Architecture" is the culmination of Benedict's odyssey through inspiration, delusion, exhaustion, and exhilaration at his attempt to express the immaterial aspects of Kahn's architecture through photography. On November 17, Benedict will lead a tour of the show at 2pm, followed by a screening of Nathanial Kahn's film My Architect: A Son's Journey at 3pm. Through January 20.

Surrealist painter Marc Chagall lived and worked in High Falls between 1946 and 1948 with his lover Virginia Haggard—an artist in her own right—and their daughter Jean. Tina Barry has written a series of prose-poems imagining the inner life of the mother and daughter. For "The Virginia Project," Barry collaborated with 14 female artists—including Amy Talutto and Giselle Potter among others—who pair her poems with visual work. Through November 27.

Patricia Phagan has curated "Past Time: Geology in European and American Art," an interdisciplinary exhibition that weaves art and science in a broad display of artwork by European and American artists from the 1770s to the 1890s who were engaged with a new scientific investigation of the earth's crust. The exhibition features 49 works of art by leading artists of the period—Asher B. Durand, Frederic Church, J. M. W. Turner—and numerous samples of natural specimens, including red sandstone from Petra, Jordan, and basalt from the Palisades of New Jersey. Through December 9.

"Spectrum." The exhibition is part of the ongoing series "Open House: Contemporary Art in Conversation with Cole" and is made up of 30 installations by 11 contemporary artists who examine color in relation to smell, sight, and taste, as well as music, emotion, science, abstraction, and the natural world. Through November 18.

Frederic Church was a great collector and a lover of all things Middle Eastern, as the architecture of his grand estate Olana reflects. The exhibition "Costume & Custom: Middle Eastern Threads at Olana" is the first time that the costumes Church collected on his 1867-68 Middle Eastern journey have been thoroughly identified and exhibited in his Persian-inspired home, alongside drawings, sketches and paintings inspired by his travels. Through November 25.

The centerpiece of glass master Josh Simpson's "Galactic Landscapes" show is an original orrery—a moving, mechanical model of the solar system—that incorporates Simpson's glass spheres as the sun, the planets, and their moons. The show also features 30 of Simpson's imaginative Planets—solid glass spheres that suggest distant worlds, ranging in size from that of a golf ball to a basketball. Through January 6.

Despite the fact that he is not giving any interviews until the feature film about his life, Welcome to Marwen, starring Steve Carell, is released on December 21, Mark Hogancamp is exhibiting his Marwencol photographs in Kingston this month. "Hogancamp's World" is a survey of the World War II-era doll narrative that the artist has created following a traumatic brain injury. Part historical tableaux, part personal fantasy, Hogancamp's photographs are compelling documents of a fully realized alternate universe. Through November 17.

From an early photograph of Yosemite by Edward Muybridge to a typically volatile work by J. M. W. Turner of the Scottish peak of Ben Arthur, "Extreme Nature!" explores how nature's edges—remote, fantastical, and unpredictable—permeated artistic imagery throughout the nineteenth century in prints, drawings, and photographs. Through February 3.