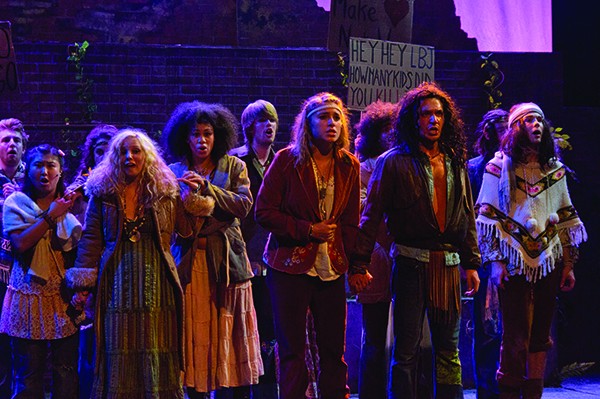 On June 30, 1938, the Woodstock Playhouse opened with a production of (the now-forgotten) "Yes, My Darling Daughter." For the next 50 years, the Playhouse featured some big names in its summer stock season, including Lillian Gish, Karl Malden, Chevy Chase, and Diane Keaton. Then, just months shy of it's 50th anniversary, the theater burned down in 1988. In June of 2011, the playhouse re-opened as a fully enclosed, climate-controlled venue with a performance of "A Chorus Line." This season summer festival of theater features the Tony award-winning "Spring Awakening" (6/18-28), the adorable Chitty Chitty Bang Bang (7/9-7/19), the ingenious comedy romp "The Musical Murders of 1940," Rodgers and Hammerstein's "Oklahoma" (7/30-8/9), and Stephen Sondheim's devilishly tuneful "Sweeney Todd" (8/13-23). Woodstockplayhouse.org 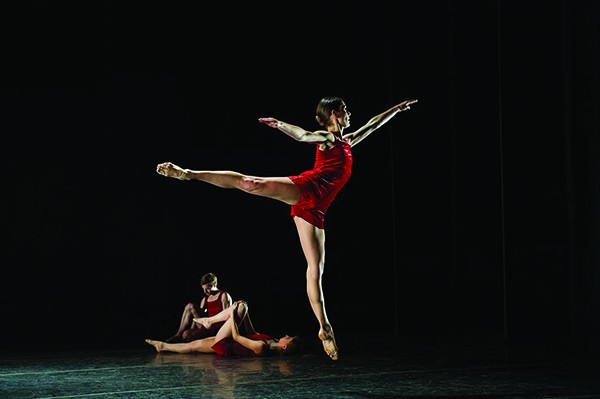 An outgrowth of the longstanding Bard Music Festival, Bard SummerScape is now in its 13th season of presenting world-class music, theater, dance, opera, and cabaret for eight weeks each summer. Mexican modernist composer Carlos Chávez (1899-1978) is the focus of this year's music festival, with performances of Chávez's work and that of his contemporaries by the American Symphony Orchestra. The rarely seen English-language opera "The Wreckers," by Ethel Smyth, about a village on the English seaside that makes its living by scavenging the remains of downed ships, will be staged. Other highlights include Pam Tanowitz Dance & Flux Quartet, director Daniel Fish's reimagination of Rodgers and Hammerstein's "Oklahoma," and Fernando Rubio's dreamlike installation/performance "Everything by My Side." And don't forget the Spiegeltent, that mirrored hall of entertainment hosted by cabaret legend Justin Vivian Bond. Highlights include performances by Kate Pierson, Martha Wainwright, Alan Cumming (probably already sold out, sorry), and the Wau Wau Sisters. Fishercenter.bard.edu 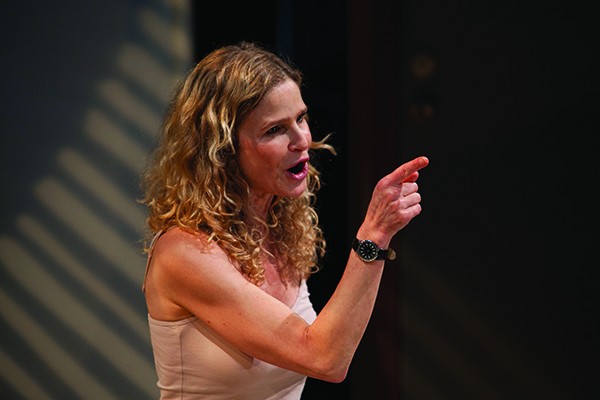 Vassar College and New York Stage and Film present another season of Powerhouse Theater, a season-long introduction of newly developed theatrical works on the Vassar campus in Poughkeepsie from July 1 to August 2. Nearly 250 professional artists and 50 apprentices will perform 25 brand new productions by both veterans and new additions to the world of theater. Ayad Akhtar and Anna Ziegler are presenting new works, and Powerhouse will be introducing theater-scene breakouts Michael John LaChiusa, Stephen Trask, Colman Domingo, and more. Of special note: "Noir," the latest collaboration between Kyle Jarrow and Duncan Sheik ("Spring Awakening"), a thriller/love story mash-up musical; and "Desire," six new plays based on stories by Tennessee Williams by dramaturgical heavyweights Elizabeth Egloff, Marcus Gardely, Rebecca Gilman, David Grimm, John Guare, and Beth Henley. The Powerhouse Theater acts as a stage to introduce new productions, producers, and players to the American theater scene through performances, readings, and workshops. Powerhouse.vassar.edu

Ellenville's nonprofit professional theater is full-steam ahead since the major renovation of its Art Deco home in 2013. Its summer season promises comedy, drama, musical theater, and a love letter to an American folk icon. "Clybourne Park," the Tony award-winning homage to Lorraine Hansberry's "A Raisin in the Sun," charts race relations in 1959 Chicago (through 6/14). Playwright Donald Margulies's "Shipwrecked: An Entertainment" is a Rashomon-told story, with three actors and a foley artist exploring the high-sea adventures of the narratively unreliable Louis de Rougemont (6/19-7/5). A love letter to the American musical theater, "Moon Over Buffalo" follows a couple of fading never-weres as they make one last-ditch grasp at stardom (7/10-8/2). The songs of the folk icon come alive in "Woody Guthrie: American Song," a tribute to the troubadour who gave us "This Land is Your Land" (8/7-8/30). Shadowlandtheatre.org

The avant-garde returns to the Catskills for 8th annual summer of Mount Tremper Arts from July 11 to August 22, featuring a variety of performance art, choreography, sculpture, music, and theater pieces. Festival highlights include AUNTS, a dance and performance troupe; the FLUX string quartet; the International Contemporary Ensemble performing David Lang's chamber piece "Whisper Opera"; and "Clouds/Cows," a theatrical exploration of the inner lives of bovines by Nat and Veronica.

Started by photographer Matthew Pokoik and choreographer Aynsley Vandenbroucke, MTA has become an upstate incubator for New York City-based experimental performance artists. At the start and close of the festival on July 11 and August 22, Mount Tremper Arts will be holding "Art-B-Qs," in which the audience has the chance to interact with the artists over dinner, prepared by Pokoik and the festival chef, Ethan Knechel, with both meat and vegetarian options available. All produce comes from the on-site garden and regional farms. Mounttremperarts.org