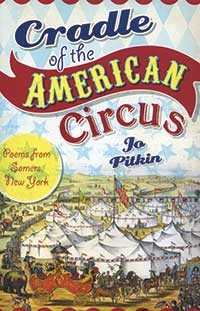 Cradle of the American Circus: Poems from Somers, New York 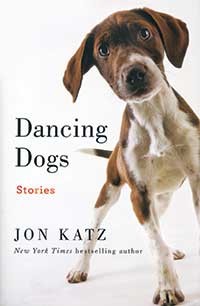 The prolific Hudson Valley author and dog maven includes 16 funny, believable tales of dogs and people in his latest collection. In "The Dog Who Kept Men Away," a newly single woman rescues a mutt who proves a superior judge of character, much to her benefit. Katz respects dogs well enough to give his canine characters equal billing to his human ones, which makes these stories a rare pleasure for animal lovers. —JM 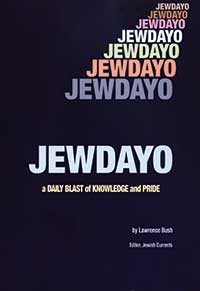 Jewdayo: A Daily Blast of Knowledge and Pride

Jewish Currents editor Bush offers perhaps the only "book of days" that dares to give as much ink to tragedy, infamy, and struggle as it does to glory, heroism, and stalwart progressivism. But who's complaining? When you've got the discovery of the double helix, the defiance of holy gay poet Allen Ginsberg, and the Great American Songbook to commemorate, you can afford equal time for pogroms, the Rosenbergs, and Barbie. —RBW 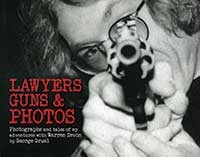 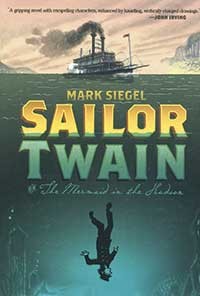 Sailor Twain, or The Mermaid in the Hudson

The Hudson River Valley generates a flow of literature as broad and deep and lovely as the river herself. This vision is wildly fresh—a graphic novel for adults, done in atmospheric grey charcoal. Man meets mermaid in the Gilded Age, and much ensues aboard the steamboat Lorelei. A miraculous reimagination of our enchanted terrain, told and shown with depth and hilarity, Sailor Twain is a gateway drug for graphic novel skeptics. —AP 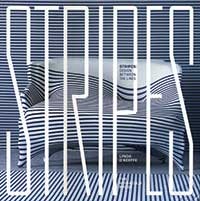 Stripes: Design Between the Lines

Striped or not, coffee tables will welcome this big, handsome, enjoyable book. Brilliant author and Stone Ridge dweller Linda O'Keeffe, creative director at Metropolitan Home magazine for 16 years, has been involved in design for decades. Here she focuses her formidable acumen on the nature of stripes: from zebras to battleships, sand dunes to Op Art, couches to Buddhist temples. It's a gorgeous visual journey and a fascinating read. —JM 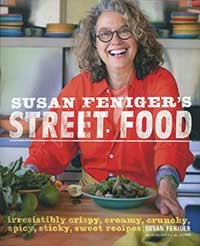 The Border Grill and Food Network chef offers a food truckload of mouth-watering recipes, served with a side of travel tales from around the world. Flavors are bright and spicy: try Malaysian Black Pepper Clams, Tamarind Date Chutney, Artichokes with Lemon Za'atar Dipping Sauce. Enticing photos by Chronogram contributor Jennifer May vibrate with color and Feniger's signature irrepressible grin. —NS 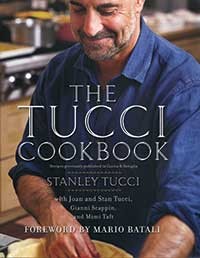 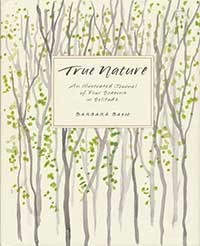 True Nature: an Illustrated Journal of Four Seasons in Solitude

Sometimes quiet reflection is the best gift of all. Bash's timeless meditation on the challenges and rewards of time spent alone in nature unfolds in fluid sketches and impossibly neat calligraphy. KTD's expanded edition features exercises for fellow travelers wishing to "pick up your own sketchbook, step outside, and discover what is waiting for you—waiting to be drawn and seen." Appearing at Golden Notebook, Woodstock 12/1 at 4pm and Sky Lake Lodge, Rosendale, 12/6 at 7:15pm. —NS 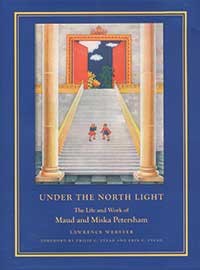 Under the North Light: The Life and Work of Maud and Mishka Petersham

Vassar grad Maud Fuller and Hungarian emigree Miska Petersham met in New York in 1912 and moved to Woodstock during its bohemian heyday, becoming award-winning illustrators and authors of more than 100 children's books. Woodstock's Webster, who knew them as a child, depicts this loving collaboration (they drew at desks facing each other) with a sure hand in this lavishly illustrated book. The Petershams' artwork graced Chronogram's November cover, and can be seen at WAAM through 12/31. —NS 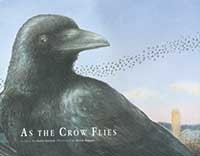 As the Crow Flies

"All day long you're on the go. You don't have time to watch a crow." But this husband-and-wife writer/illustrator team apparently does, and the result of their Capital District crow-watching is a picture book paean to an often overlooked bird. Playfully highlighting crows' intelligence, persistence, and skill, the clever rhyming text and engaging illustrations ensure the corvid crew will be ignored no longer. —SK 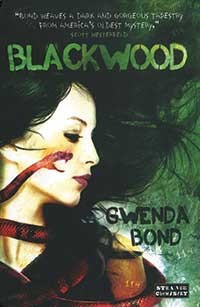 The mystery of the Lost Colony of Roanoke, a puzzler since 1590, provides a lush backdrop of history and place. Debut novelist Bond weaves a smart, bewitching tale of two contemporary young people, both misfits with unusual powers, who are thrust into desperate circumstances when the present meets the past. Appearing 12/9 at 4pm, Hudson Valley YA Society, Oblong Books & Music, Rhinebeck. —AP 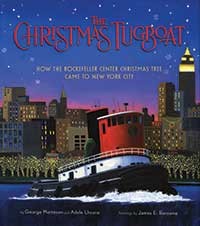 Tugboat captain George Matteson and his wife Adele Ursone recount, through the eyes of their young daughter, their true family adventure bringing the Rockefeller Center Christmas tree down the Hudson River. Kids and parents will love the frozen dew on the tree and the dollhouse-like interior of the tugboat cabin, brought to life in soft detail by local painter James E. Ransome. Appearing 12/1 at 4pm, Oblong Books & Music, Rhinebeck. —RBW 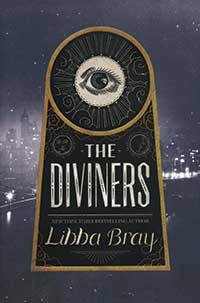 Banished from Dullsville, Ohio, for trying to put more roar in the roaring twenties, 17-year-old Evie arrives in New York ready to peel the Big Apple. But an evil force is stalking the city, and Evie possesses a mystical talent that both puts her in his path and offers an end to his reign. This series kick-off by a best-selling author will delight anyone susceptible to page-turners. Appearing 12/9 at 4pm at the Hudson Valley YA Society at Oblong Books & Music, Rhinebeck. —SK 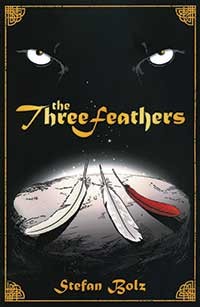 Test-driven by fourth graders at Lenape Elementary School, Bolz's picaresque saga stars a plucky rooster who (literally) flies the coop to follow a magical dream toward his destiny. Lessons about loyalty, friendship, and overcoming limitations will also entice adult seekers. Whether you're in it for spiritual metaphor or adventure thrills (chasms! labyrinths! dragons and vultures!) this quest tale enchants. Appearing 12/7 at 7pm, Inquiring Minds, New Paltz & 12/14 at 7pm, Stone Ridge Library. —NS

Get into the Holiday Groove with Bethel Woods's "Peace, Love & Lights" Sponsored

Gifts that Give Back: A Hudson Valley Gift Guide