13 Hudson Valley Events to Pencil in This September

By Micaela Warren and Peter Aaron 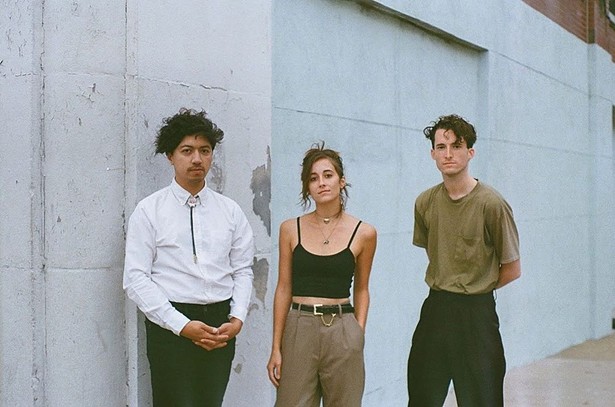 From a book fest to a classic rock concert and multiple weekend-long festivals, September’s stacked lineup proves that summer ain’t over yet. Here are our pick of top Hudson Valley arts and cultural events to catch in September.


The Festival features a giant used book sale, two days of discussions with and readings by esteemed authors, and a children's program. Featured authors include Daphne Pilasi Andreades (Brown Girls), Jean Hanff Korelitz (The Latecomer), David Nasaw (The Last Million: Europe's Displaced Persons from World War to Cold War), Mayukh Sen (Taste Makers: Seven Immigrant Women Who Revolutionized Food in America), and James Shapiro (Shakespeare in a Divided America: What His Plays Tell Us About Our Past and Future). There will also be a bookmaking arts exhibit by Suzy Banks Baum, children's programming, and snacks and beverages will be available.

September 9 at Maverick Concerts in Woodstock


Makers of neo-psychedelic dream pop, Sound of Ceres is a super group comprised of members of Candy Claws, the Apples in Stereo, and the Drums. Founded in Colorado in 2016, the band is fronted by the impish K (AKA Karen Hover), and it seems plausible that their lush, epic sound is primed to charm the legions of newly minted Kate Bush fans who've discovered the retired diva via the "Stranger Things" soundtrack. The group's third album, Emerald Sea, recently appeared, along with a video collaboration with Hudson artist Marina Abramovic; no word yet if she'll be joining them for this record release show at Maverick Concerts. With the Antlers. (The Bill Charlap Trio jams September 3; the Catalyst Quartet comes in September 3 and 4.) 7pm. $20.

September 10 at Basilica Hudson in Hudson


As a follow-up to last July's return of the popular Oldtone Festival, the Oldtone Lite '22 fest continues the rootsy revelry with two days of music, camping, dancing, and more at Cool Whisper Farm. Performing at the jumpin' jamboree will be Tuba Skinny, the Down Hill Strugglers, Jesse Lege and Bayou Brew, FERD, Moonshine Holler, the Bad Penny Pleasure Makers, Dumpster Debbie, and Nora Brown. Attendees are encouraged to bring blankets and lawn chairs to take in the show, and food vendors will also be set up and serving. Pickin' sessions are part of the program as well, so feel free to bring your instrument and join in. Ticket prices vary and camping packages are available, so check the website for the full schedule and details.

"Voices from the Past"

September 10 and 17 at the Woodstock Historical Society

Rosendale's Theatre on the Road has teamed up with the Historical Society of Woodstock on "Voices from the Past," a theatrical production written by Lydia Pidlusky that explores the town's history through seven historical figures. Characters will share stories through monologues as well as interaction with each other. Featuring early settlers Charles Krack and Elias Hasbrouck; George Mead of Mead's Mountain House; medicine woman Betsy Booth; Elizabeth Reynolds of the famed boarding house; Andrew Mink, an early African-American settler; and artist and writer Anita Smith. The performance will also include live period music.

September 16 at The Palace Theater in Albany

Shock rock godfather and hard rock/protopunk pioneer Alice Cooper was born Vincent Furnier in Detroit, and in 1964 formed his original namesake band in Phoenix (they began as the Earwigs, then the Spiders, and, eventually, Nazz, rechristening the group Alice Cooper to avoid confusion with Todd Rundgren's Nazz). The outfit was based in Los Angeles when they cut their first two albums for Frank Zappa's Straight Records label but had temporarily relocated to the Motor City around the time of their 1971 breakthrough single "(I'm) Eighteen." Although the original quintet has reunited several times, Cooper went solo in 1975 with the smash album Welcome to My Nightmare. His newest release, the all-covers Detroit Stories, pays tribute to his rockin' roots. Alice Cooper plays at the Palace Theater. 8pm. $39.50-$89.50.

September 17 at Colony in Woodstock


Brooklyn-based synth poppers Nation of Language harken back to the motorik, melodic, and danceable sounds of early '80s electronica: Think Orchestral Maneuvers in the Dark, latter Human League, Our Daughter's Wedding, "Just Can't Get Enough"-era Depeche Mode, and perhaps a touch of New Order. The trio, which briefly featured the Strokes' Fabrizio Moretti on bass, percolates its way up to Colony to make their Hudson Valley debut in support of their sophomore album, 2021's A Way Forward. (Corey Feldman comes by September 4; the Skatalites orbit September 11.) 8pm. $20-$25.

September 17-18 at various locations in Kingston

Artists have always had a way of catalyzing urban rebirth—be that Manhattan in the '80s or Beacon in early aughts. The Kingston art scene has come alive over the past decade, thrumming with local artists and city expats, creating a thriving creative community. On September 17 and 18, from 12 to 5pm, the public will have a chance to step inside the studios, galleries, and workshops of Kingston's artists, artisans, and curators to witness the hub of creativity and the process behind the work during the annual Kingston Art Walk. This self-guided tour is lining up to include over 100 artists of all mediums, including performance and experiential works. And don't forget the O+ murals all over town.

September 24-25 at Arrowood Farms in Accord

September 24-25 at various locations in Newburgh

Organized by Gerardo Castro and Michael Gabor of Newburgh Art Supply, Newburgh Open Studios is back for its twelfth incarnation. Over three dozen artists—including Lori Grinker, whose photo of Mike Tyson is on this month's cover; sculptor Daniel Giordano, who has an upcoming show at MassMoCA; and painter Erica Hauser—open their studios, allowing visitors to see their work, and get a behind-the-scenes glimpse into their working processes. Plus: Pop-up galleries, group shows, and the return of Glenlily Grounds outdoor sculpture show.

"Almost: My Life in Theater"

Based on her memoir of the same name and serving as both a return to the stage and a book launch, Roselee Blooston tells the story of a decades-long struggle to fulfill her early promise by becoming a professional actress, in this Spalding Gray-inspired monologue directed by Emily DePew. Along the way, she encounters several Oscar winners and nominees––including Meryl Streep, Greer Garson, and Olympia Dukakis.

October 1-2 at Cantine Field in Saugerties

The "stinking rose" gets its due at one of the region's longest-running food festivals. Find garlic in all its forms—pickled, preserved, fresh, fried, dried, blanched, braided—you name it. Since its inception in 1989, the Hudson Valley Garlic Festival has grown and grown and now draws over 50,000 enthusiasts every year to Cantine Field in Saugerties. Pick from rare varieties of garlic for cooking or planting, and sample surprising delicacies like black garlic ghee, lemon-ginger-garlic elixirs, and even garlic chocolate chip cookies. Along with over 100 garlic peddlers, there will be craft vendors, hot food booths, live music, dancing, and a kid's corner.