10 of Our Favorite Restaurants in Putnam County 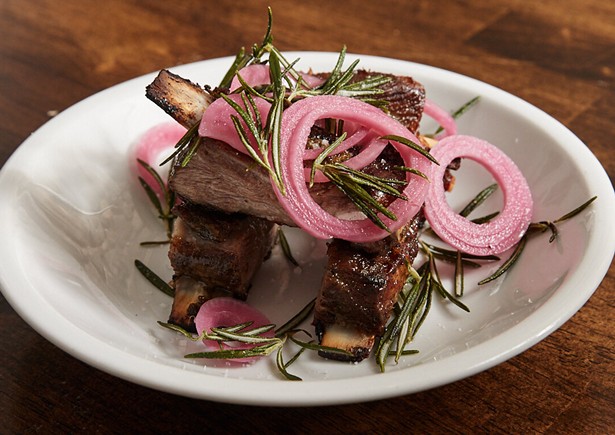 Putnam County, NY is blessed with an abundance of state parks, forests, lakes, and other protected areas that make up the bulk of the county’s square mileage. The flip side of that is that it doesn’t leave much room for people, with the county’s 93,000 residents being scattered to Putnam’s east and west sides in smatterings of towns, villages, and hamlets. As such, Putnam sometimes gets left out of conversations around the best places in the Hudson Valley to go for cultural activities like movies, performances, and dining.

Still, those 93,000 people gotta eat. And while the county has always had its share of beloved diners, hamburger stands, and delis that double as unofficial community centers, the last 10 years have seen the local dining scene spread out and diversify. No matter what corner of the county you find yourself in, you’re not far from a great meal that’ll be worth the drive. Here are 10 of our favorite restaurants in Putnam County.


One of the best Mexican restaurants in the Hudson Valley got even better a few months ago when it started serving breakfast as well. Omelettes, French toast, and pancakes share space on Juanita's Kitchen's pre-11am menu with breakfast tacos, huevos a la Mexicana, and a chorizo, egg, and cheese sandwich on a roll. Huevos rancheros and chilaquiles stick around after 11am to join the all-day menu of freshly prepared empanadas, tortas, tacos, salads, and Mexican sodas in this bright, colorful space.

A post shared by Juanitas Kitchen (@juanitasmexicankitchen) on Mar 9, 2017 at 8:32pm PST

The aptly named Curry House lies just off Carmel’s main drag where the neighborhood transitions to a more residential area, leaving first time visitors to do a double-take and wonder if they’ve accidentally pulled up in front of someone’s home. But you’re in the right place if you’re looking for curries, an assortment of vegan and vegetarian dishes, a wide assortment of lassis, and a truly legendary lunch buffet served seven days a week. The menu draws connections between Indian food and the cuisine of the Caribbean, so jerk chicken, oxtail stew, and jeera chicken from Trinidad get served up alongside daals and naan as the TV behind the bar plays Bollywood favorites into the night.


Look, sometimes you just need 32 ounces of meat. Prime 957 is here for you during those times. But for those days when you don’t need a two-pound porterhouse, Prime 957 is still here for you, with smaller filets and chops, burgers, jambalaya, even chicken-fried steak. Its thoughtful seafood offerings mean that you don’t have to feel weird about being the person who orders seafood at a steakhouse with such selections as wild salmon, catfish, scallops, and... alligator? Is alligator seafood? Regardless, if you’ve never had alligator and are looking to check it off of your bucket list, Prime 957 has you covered on that front too.


Cold Spring’s Main Street is impossibly charming with lots of great places to eat, but not a lot of outdoor seating so that diners can take in the view. That makes the porch at Hudson Hil’s one of the hottest seats in town, but even if you’re inside, you’ll be too happy with your biscuits and gravy or salmon BLT to care. Inside, diners can also comfort themselves with their view of the bakery case, eyeballing the cakes, pies, and quiches available to take-away. And if you can’t find a seat inside or outside—definitely a possibility during weekend brunches—grab a sandwich to go, head down to the river, and have yourself a picnic.


If you can’t find something that interests you at Iron & Wine, you probably hate food. The menu, which somehow manages to be wildly eclectic without feeling like a grab-bag of dining trends, jumps from mac ‘n’ cheese topped with Korean roast pork to flatbreads topped with barbecue pulled chicken to beef wellington empanadas to an assortment of paellas. Those with Celiac disease will thrill to one of the county’s largest gluten-free menus, while golfers can work off the calories from those Samoa hot donuts with a few rounds at the Westview Driving Range, which shares the same parking lot. (The mini-golf course looked to be closed, and possibly haunted, when we visited, but if you’re a gluten-free goth then that might be another point in its favor.)

Round Up Texas BBQ and Tumbleweed Saloon


As northerners, it’s possible that we don’t have the most discerning BBQ palettes since we didn’t grow up with the real thing. But an informal poll of every Texas expat that we know who lives in the Hudson Valley confirms it: this Route 9 roadhouse barbecue joint is the real deal. At Round Up Texas BBQ, the brisket comes in both lean and marbled varieties, the mac ‘n’ cheese is shot through with jalapenos, and your long search for frito pie in the Hudson Valley is over. Remember though, this is Texas-style barbecue. That means beef, beef, and for vegetarians, chicken. Don’t ask for pulled pork unless you’re in the mood for awkward stares.


Garrison Landing, which stood in for Yonkers in the film adaptation of Hello, Dolly!, is the closest thing to a downtown that Garrison has. Here you’ll find the train station, the Garrison Art Center, a trailhead, and Dolly’s sitting in the same building that used to house the much-missed local pub Guinan’s. Since it opened a few years ago, Dolly’s is more than carrying on Guinan’s legacy, serving as a commuters’ coffee shop in the morning, a cozy spot with breathtaking West Point views for lunch and dinner, and a bar for locals and commuters who need to wet their whistle on the way home. Between the perfect location and Garrison’s desperate need for a community meeting spot, Dolly’s could easily get away with mailing it in. Instead, they keep knocking it out of the park with a great selection of salads and sandwiches for lunch and an elegant, comforting dinner menu that features lamb ribs in a rosemary-garlic marinade and a Rohan duck breast with fries.


Putnam County has taken a lot of pride in the restoration of the Tilly Foster Farm, a 19th-century farm that had fallen into disrepair. It’s now the home of the Tilly Foster Farm Educational Institute, which hosts a culinary arts program, as well as a community garden and hiking trails. Where do you, the diner, fit into this? At Tilly’s Table, open for dinner Thursday through Saturday, and brunch on Sunday. This is where you go for the classics: Sirloin, king salmon, caesar salad, and bottomless mimosas at Sunday Brunch. The ample space also allows plenty of room for comedy nights and cover bands.


OK, we’ll throw in one diner. And if you’re going to go to one diner in Putnam County, might as well make it the best: Bob’s Diner, open for over 60 years, still cramped, still loveable, still one of the most satisfying meals around no matter what you get. It’s not open 24 hours anymore, but the coffee is still bottomless, the chili is still hot, and you can get breakfast all day. You forget how good an omelette and hash browns can be until you stop in some place that turns them our perfectly, day in and day out, for 60 years and running, and makes everyone in Brewster feel at home.


So Lake Carmel isn’t exactly the Mediterranan Sea. But eating at Limni, on the shore of Lake Carmel, is a lot cheaper than a plane ticket. The wood-fired and charcoal grills churn out shawarmas, the meat is all halal, the ample orzo pastas are Mykonos-style, and there are kabobs-a-plenty. Why leave Putnam County when there’s all the spanakopita and tzatziki sauce you could ever want right here?