The clocks have fallen back, and the creeping darkness has many of us wanting to crawl into a cave and hide from the world (not to mention the mass killings and the simmering threat of nuclear war). Fight the seasonal inclination to withdraw—there's so much going on. First of all, it's Hudson Valley Restaurant Week. With over 200 restaurants participating, you've got places go, arctic char to eat. Plus there are loads of art shows to gawk, performances to attend, and weird new kitchen appliances to covet. Don't succumb to seasonal glumness—that' so passé. Get in the know and get on with it.

Forget the never-ending nightmare of getting to JFK. Forget bumper-to-bumper traffic queuing up right before your flight. Forget endless security lines and mile-long terminals. Getting to Europe from the Hudson Valley just got a whole lot easier. Norwegian Airlines now offers direct flights from cozy Stewart Airport to 12 Old World destinations in the UK, Spain, and Scandinavia for as low as $99! This new service operates Tuesdays, Thursdays, and Sundays, offering plenty of travel flexibility. With these prices, you can pop over for a long weekend, or book a longer trip and hop from Edinburgh to a gazillion other European cities and come home dripping in culture.

It’s amore. We are totally in love with this new avant-garde Italian art space in Cold Spring. Besides being absurdly fun to say (make sure you use an outlandish Italian accent and hand gestures), the institution is joining Dia: Beacon in an effort to invite international flavor into to the burgeoning but, dare we say, insular Hudson Valley arts scene. Whether it’s quirky things like Arte Povera all-star Michelangelo Pistoletta rolling a giant papier mache ball down the streets of Cold Spring in reenactment of his famous Turin stroll of ‘67, or the graceful cascading assertion of Giuolio Paolini’s 3-D fabric/painting works, Magazzino is ripping the creative psyche of the region wide open. It’s good for our development, and definitely worth a day trip. Read more about Magazzino.

This just in: the bourbon boom has gone bust. Now it’s rye’s turn. In America’s early days, this spicy spirit was the country's darling, with much of the rye grain grown and distilled in New York State. Christopher Williams, the chief distiller at Coppersea Distilling in New Paltz, made it his personal mission to establish rye as the whiskey style of New York State. In the tradition of regional wine nomenclature, Williams has campaigned for the creation of the Empire Rye appellation, a designation for whiskies made in-state. Six other distilleries have joined his effort, creating a consortium dedicated to establishing and enforcing stringent standards of identity, which require, among other things, that the liquor be made with at least 75 percent New York State rye grain. With rye on the rise, expect to overhear a surging number of millennials ordering Old Fashioneds and Manhattans. For more juicy details, read our feature on Empire Rye.

It’s no secret that veganism has a strong foothold in the healthy Hudson Valley. In the true spirit of Thanksgiving, the Woodstock Farm Sanctuary is hosting a meatless holiday gala with a focus on gratitude for all living creatures. This celebration of vegan cuisine will include hors d’oeuvres, a multi-course gourmet feast, an open bar, and a silent auction and raffle to raise money for the nonprofit’s animal-saving efforts. At least a few turkeys can be breathe easy this November. (Sorry this event is sold out!) 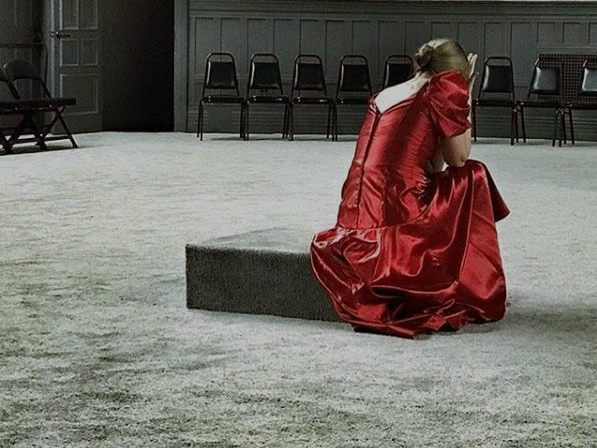 She’s on the silver dollar. She’s an abolitionist, a Quaker, and a suffragette. You guessed it: Who is Susan B. Anthony? But really, who is she? For one, she is the protagonist of “The Mother of Us All,” a hitherto woefully overlooked opera by Virgil Thomson and Gertrude Stein that chronicles the life of this force for change. Untethered by the shackles of reality, this fanciful work weaves together reality and fiction to paint an amusing and poignant picture of the 18th-Century American political and social experience. The intrepid young opera director R. B. Schlather is directing production at Hudson Hall, which he was adamant should feature only local performers and musicians. This community performance is the perfect capstone to the 100th anniversary of women’s suffrage in New York State.

The less seafood savvy among us might be surprised to learn that this increasingly popular menu item is not a pan-seared slice of tundra. It’s a fish in the salmon family that dwells in the coldest rivers, lakes, and lagoons in the world. And, importantly, it’s delicious. Hudson Valley restaurants from Silvia in Woodstock to The Amsterdam in Rhinebeck have taken note of this sustainable surf dish, featuring this tasty cold-water swimmer on fall menus with seasonal favorites like roasted sweet potatoes, charred leeks, and braised brussel sprouts. It’s in and out of daily specials lists all over the Valley so keep your eyes peeled.

He’s 29. He wears a pearl stud in his right ear. He can’t stop winning awards. And his name is epic. Ladies and gentlemen, the poetry world’s current obsession— Ocean Vuong. The Saigon émigré read from his acclaimed poetry collection, Night Sky with Exit Wounds at SUNY New Paltz on November 9. According to The New Yorker, “Reading Vuong is like watching a fish move: he manages the varied currents of English with muscled intuition....His lines are both long and short, his pose narrative and lyric, his diction formal and insouciant. From the outside, Vuong has fashioned a poetry of inclusion."

Two officemates have been gifted sous vide machines in the last week, so we can only surmise this trend is on the rise. Once the secret weapon of top chefs and finicky molecular gastronomists, this water bath crock pot of the future is stepping out from the shadows of obscurity. Companies like Anova and Chefsteps are making affordable-ish high-tech sous vides that cook food through evenly. Bluetooth- and WiFi-ready, these gizmos let you start a cooking cycle remotely from an app. If you still need convincing head to Butterfield in Stone Ridge to see how the pros do it. One co-worker described her new sous-vide as “life-changing.” Curry vegetables, beef stew, ice cream, you name it, you can whip it up in this Space Age machine, making the question on everybody’s mind “What will we sous vide tonight?”

It seems safe to say everyone is over the mall craze, as shopping outlets close across the country. Luckily the Hudson Valley has artisans and makers up to the gills, and they are conveniently convening in three markets for streamlined holiday shopping. The largest of these will take place Thanksgiving weekend at Basilica Hudson, where over 100 vendors will converge for the Farm & Flea Holiday Market with a range of offerings including preserves, candles, textiles, woodworking, and pottery. Kingston’s Hudson Valley Hullabaloo celebrates its fifth year on November 18 and 19 with curated offerings ranging from jewelry and silkscreen to ceramics, flower arrangements, food, and knitwear. And finally we have Workshop Winter Market on December 9 and 10 at Wickham Solid Wood Studio in Beacon, which is simply described as “20 artisans and a cafe.” This year, cross the mall off your list and head to one of these markets for distinctive gifts with a story.

Brace your bodies, winter is coming. Pharmacies are peddling flu shots. The layering has commenced. Next up long johns tucked into wool socks, full-body down parkas, beanies, hot soup. The long summer has finally ended, and and it might snow any day. But like any good Chronogram geek knows staying healthy is about more than staying warm. You also need a rock solid immune system. Conclusive research has shown that eating fermented foods is the yummiest way to bolster your microbiome. Kimchi, the spicy korean fermented cabbage, is like grown-up gummy vitamins. And you should be using good ol’ sauerkraut for more than just hot dogs. These probiotic snacks are jam-packed with nutrients and probiotics. If you’re feeling salty, there are plenty of workshops (and online recipes) to learn DIY fermenting. For the less daring, check out local companies like Hawthorne Valley, which offers delicious kraut variations like turmeric, caraway, jalapeño, and ginger carrot. But you may have to duke it out at the grocery store—these fermented garnishes are flying off the shelves. Hawthorne Valley was just given a $1.5 million loan to buy a bigger facility to meet the growing demand. (Stay tuned for more on this.)