America's Biggest Legoland is Coming to The Hudson Valley 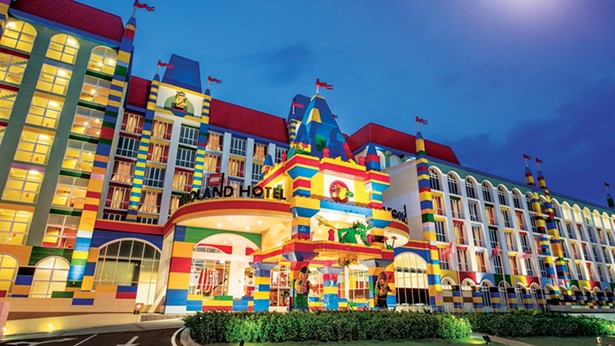 Legoland’s next location? The Hudson Valley! On Wednesday, October 20 parent company Merlin Entertainment and local officials from the town of Goshen announced that America’s Biggest Legoland will open in 2020.

The town of Goshen planning board voted unanimously last week to move forward with the $350-million Lego-themed park. The board granted a site plan, special-use permit, clearing, and grading permit approval to Merlin for the project. The new park will be built on 170-acres off Route 17 in Orange County and is expected to create 1,300 full-time, part-time, and seasonal jobs.

The Building Blocks of an Empire

Merlin currently operates Legoland parks in California, Florida, and several international locations, including the United Kingdom, Germany, Malaysia, Denmark, Dubai, and Japan. The lego-themed parks have a number of hands-on attractions and rides, and all locations place a strong emphasis on learning.

The New York location is expected to have a Dragon Coaster, Rescue Academy, and Driving School. Children can conquer the Dragon Coaster, save the day at the Rescue Academy, and obtain a mock driver's license at the Driving School. Estimated to attract over 2 million visitors per year, America’s biggest Legoland’s will also be home to a 250-room Legoland hotel and an aquarium. No date has been set for when construction will begin.