YOGA: The Secret of Life - The Photographs of Francesco Mastalia | Daily Dose

YOGA: The Secret of Life - The Photographs of Francesco Mastalia 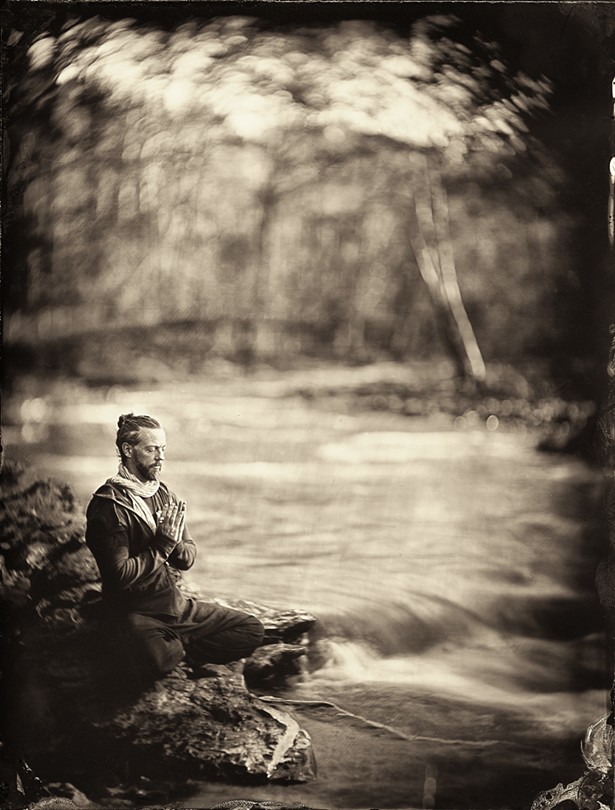 Each Yogi was photographed using the wet plate collodion process, a technique developed in the mid-19th century, when the art of photography was in its infancy. Also called simply the collodion process, this early photographic technique involves adding a soluble iodide to a solution of collodion (cellulose nitrate) and coating a glass plate with the mixture. This process is valued for the level of detail and clarity it allows, producing images that are at once dream-like and hyper-crisp with a luminescence all their own.

The portraits in the collection possess an ethereal, deeply meditative quality that takes on an extra dimension when viewed with their accompanying narratives, which provide an intimate and enlightening account, in each yogi’s own words, of their personal journey.

The opening reception will be held on Saturday, October 14, 4:30–6:30pm at the Moviehouse Studio Gallery in Millerton and is co-sponsored by Omega Institute for Holistic Studies. The exhibit will then run until January 24. Admission is free and all are welcome.