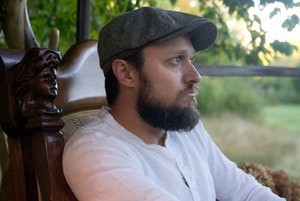 Thanks to his Woodstock-friendly blend of rock, folk, funk, and soul, the Boston-based Ryan Montbleau is big with much of the same demographic shared by singer-songwriters John Mayer, Jack Johnson, and Martin Sexton. Perfect, then, that he’ll be paying a visit to the town’s iconic Levon Helm Studios on September 8.

Montbleau made his first forays as a solo acoustic performer on the Boston folk/coffeehouse scene before forming the Ryan Montbleau Band, which debuted in 2006 with One Fine Color. Over the years, he’s performed with Nils Lofgren, Ani DiFranco, John P. Hammond, Rodrigo y Gabriela, and others.

Montbleau’s newest album is this year’s I Was Just Leaving. Here’s a slice:

Ryan Montbleau and special guest Kat Wright will perform at Levon Helm Studios in Woodstock, New York, on September 8 at 7:30pm. At this writing seating tickets are sold out, but standing room-only tickets are available for $25. For more information, call (845) 679-2744 or visit https://www.levonhelm.com/.