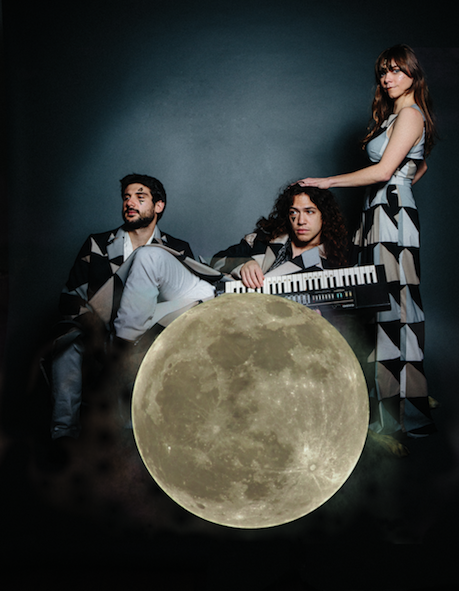 Really, it makes perfect sense that freak-folk rockers Arc Iris would cover one of the original folk freaks, Joni Mitchell; after all, airs of Mitchell’s gossamer, jazz-inflected vocals are strongly apparent in those of Jocie Adams, who leads the Rhode Island-based band. But we’re not talking about Arc Iris covering just one Mitchell song; instead the trio has taken to the road with a show that it’s billing as “a reimagination” of Mitchell’s beloved album Blue—which the group will perform in its entirety at Colony on July 15.

Singer and multi-instrumentalist Adams performed with the Low Anthem (and worked as a NASA researcher) before forming Arc Iris in 2012. A highly theatrical unit, the band blends folk-based vocals with modern electro sounds and cabaret camp.

Here, they do the title track of Mitchell’s 1970 opus in Paris just last year: