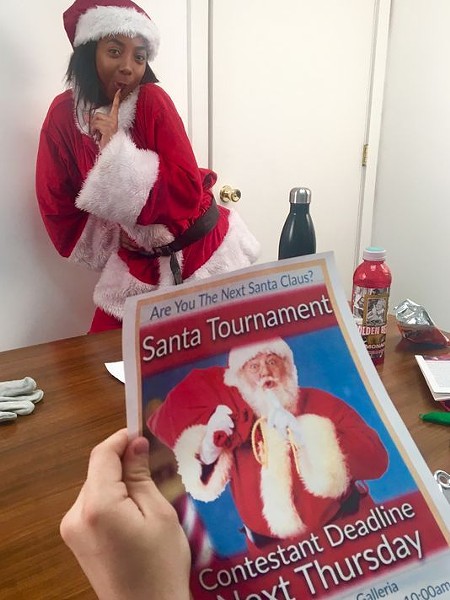 One of the top five finalists in the Tribeca Film Institute’s “The America I Am,” is an original youth-produced film, Santa Women. Spark Media Project announced that the film will be showcased at the Tribeca Film Festival at Ellis Island on April 19. Poughkeepsie youth producers Anissa “Tori” Isaacs and Nyah Sharrock produced the film in a two-week intensive project in the winter of 2016, mentored by Ari Williams, a Forge producer. The film chronicles the turbulent adventures of Christine Kringel, a young black woman entering a Santa competition, and directly tackles issues regarding stereotypes and discrimination, while also challenging the representation of young black women in film.

Spark Media Project is an arts and education organization focused on nurturing creativity and building skillsets among youth through media arts and technology. Located in Poughkeepsie, NY, they aim to create a teaching/learning environment where artists, educators, community activists, and especially children and teens can learn to interact with the media arts as both creators and as critical viewers.