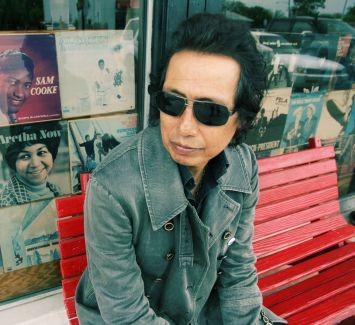 Alejandro Escovedo’s visits to the region are always notable events, but his return to Club Helsinki on January 6 is extra worthy of your attention. Why? Well just check out the all-star band that’s accompanying him: The Minus 5, which includes Peter Buck of R.E.M., Scott McCaughey of the Young Fresh Fellows, Kurt Block of the Fastbacks, and Linda Pitmon of the Baseball Project.

Though born in and strongly identified his present home state of Texas, singer-songwriter Escovedo initially made his name on the West Coast in the late 1970s as the guitarist of San Francisco punk forbears the Nuns. He returned to the Lone Star state in 1981 to cofound cowpunk pioneers Rank and File, and next formed the similarly rootsy True Believers with his brother, Zeros guitarist Javier Escovedo (Alejandro and Javier are the uncles of singer/percussionist Shiela E; their older brothers, percussionists Pete and Coke Escovedo, played in Santana). Alejandro went solo in the early 1990s and, in and around a hepatitis-C scare that engendered a star-studded benefit album to assist with his steep medical bills, has been cultivating a deep catalog of acclaimed albums. (No Depression named him Artist of the Decade in the 1990s). His newest effort is 2016’s Burn Something Beautiful (Fantasy Records), which was co-produced by Buck and McCaughey.

Here’s Escovedo performing the Burn Something Beautiful track “Farewell to the Good Times”:

Alejandro Escovedo and the Burn Something Beautiful Band will appear at Club Helsinki in Hudson, New York, on January 6 at 9pm. The Minus 5 will open. Tickets are $25 and $30. For more information, call (518) 828-4000 or visit https://helsinkihudson.com/.