Rufus Wainwright to Perform in Hudson 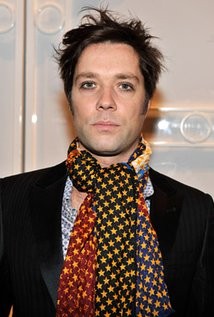 Revered singer-songwriter Rufus Wainwright has a deep lineage traceable to right here in New York State. Although he mainly grew up in Montreal, the hometown of his mother, folk singer Kate McGarrigle, Wainwright was born in Rhinebeck, attended Millbrook School in Dutchess County, and is also descended from Dutch colonial governor Peter Stuyvesant. This month, he’ll do right by his regional roots with an October 22 concert at Basilica Hudson to benefit the Columbia County multiarts venue.

Wainwright’s father is a folksinger as well: 1970s icon Loudon Wainwright III. The younger, Grammy-nominated, Juno Award-winning tunesmith, however, draws less from folk and more from Great American Songbook composers, opera music, and Broadway and cabaret performers. His ninth and latest studio album, this year’s Take All My Loves, is comprised of nine adaptations of Shakespeare’s sonnets. The upcoming Basilica event represents a rare local solo concert by the singer, pianist, and guitarist.

Revel in this recent Wainwright performance of Leonard Cohen’s “Hallelujah”:

Rufus Wainwright will perform at Basilica Hudson on October 22 at 8pm. Before the performance he will be joined by friend and venue owner Melissa Auf der Maur for a conversation about their shared experiences in the 1990s Montreal music scene. Tickets are $50-$250. For more information, call (518) 822-1050 or visit http://basilicahudson.org/.