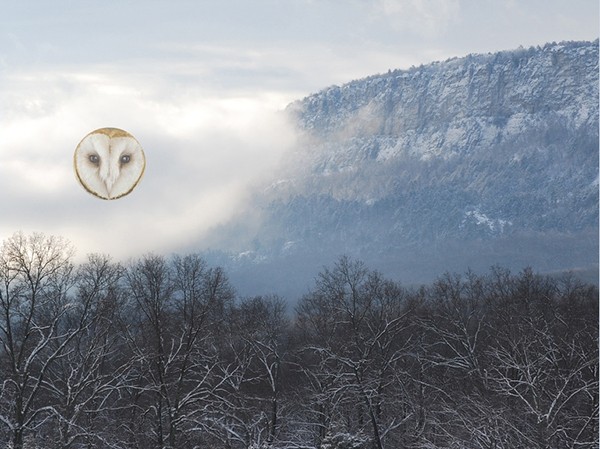 A group of artists and designers have spent the majority of the past year working on producing a collection of art, writing, and ideas entitled Reinhabit the Hudson Estuary. This bioregional bundle includes clear, detailed images of Devonian fossils from the Paleozoic Era—including those of trilobites, brachiopods, coral molds, rostroconches and other extinct creatures photographed by Art Murphy. The bundle also includes a pamphlet describing how neighborhoods can preserve the environment and become more self-reliant—rather than using nature as a means for economic profit. A Hudson Estuary map displaying watersheds, forest communities, and animals is also part of the bundle.

The project is centered around the idea of living-in-place, an idea which supports following the opportunities of life as they are presented by a particular region and becoming a member of a biotic community, rather than an exploiter.

The group has created a Kickstarter campaign to help fund the printing of 1,000 copies of the information packets. Local grassroots watershed groups will distribute the bundles freely. Around 350 will be given to the Planet Drum Foundation in California to their national membership. The campaign, which launched on April 9, will run until May 19. The group is seeking $6,650 to assist this project. For more information and to donate, visit here.